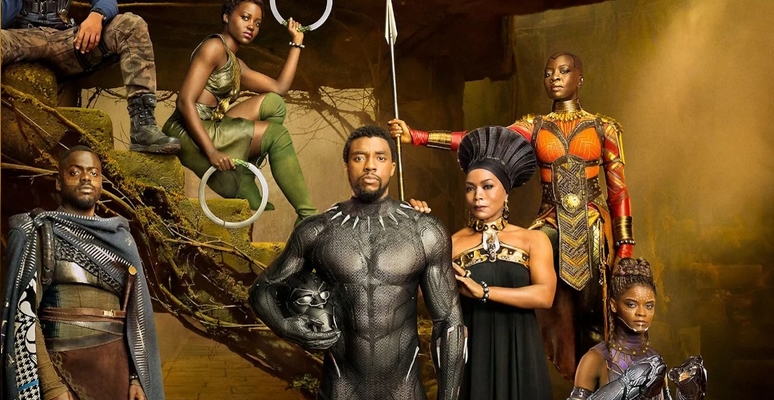 Firenado: Four scientists uncover a ground-breaking technology capable of controlling weather. On the first use of the device, it malfunctions and creates a Fire Tornado. (DVD release: February 14)

The Menu: A young couple (Anya Taylor-Joy and Nicholas Hoult) travels to a coastal island to eat at an exclusive restaurant where the chef (Ralph Fiennes) has prepared a lavish menu, with some shocking surprises. (DVD, Blu-ray release: January 17)

Candy Land: A seemingly naive and devout young woman finds her way in the underground world of truck stop sex workers a.k.a. “lot lizards.” (Digital only)

Landlocked: Summoned to his soon-to-be demolished childhood home, Mason discovers an old VHS camera that can see into the past, driving him to record as many memories as possible before the doomed house is destroyed. (Digital, VOD only)

She Said: New York Times reporters Megan Twohey and Jodi Kantor break one of the most important stories in a generation – a story that helped ignite a movement and shattered decades of silence around the subject of sexual assault in Hollywood. (DVD, Blu-ray release: January 10)

The 3rd Guest: Still mourning the loss of their daughter, two former lovers encounter her when they go on a ghost-hunting expedition. (DVD release: Day & date)

Those Who Call: When their car breaks down in an abandoned old town on a road trip to Colorado, two sisters soon realize things aren’t what they seem, and they aren’t alone in the forest. They find themselves being hunted by a sadistic pagan cult and must do everything in their power to survive. (Digital only)

Night of the Bastard: Disgruntled hermit Reed lives a solitary life in the desert but after chasing away a group of youths trying to party near his home, his peaceful life is violently upheaved when a goup of savage cultists lay siege to his house. (Digital, VOD only)

Back to the Wharf: Fifteen years ago, Song Hao, a top student in high school, went into hiding after being falsely ID’d for a murder he didn’t commit. He returns to his hometown as a grown man, to find the truth about the unspeakable past that he ran away from. (VOD only)

The Fabelmans: Growing up in post-World War II era Arizona, young Sammy Fabelman aspires to become a filmmaker as he reaches adolescence, but soon discovers a shattering family secret and explores how the power of films can help him see the truth. A semi-autobiography based on Steven Spielberg’s own childhood growing up in Arizona, from age seven to eighteen. (DVD, Blu-ray release: February 14)

Night Train: Mother Holly McCord (Danielle C. Ryan) is driven to extremes to save the life of her young son. Even if it means hauling black market drugs in her souped-up truck, with the Feds in hot pursuit. With two bounties on her head and her son’s life on the line, Holly climbs behind the wheel of “Night Train,” ready to outrun, out-gun, and outlast them all. (Digital, VOD only)

She Is … : After enduring years of child sexual abuse, Isabella discovered a source of healing in the the last place she’d expect it – her own body. The power of dance takes center stage in this documentary as we follow Isabella on her mission to help survivors of sex trafficking find healing (Digital, VOD only)

Snow Falls: After a winter storm strands five friends in a remote cabin with no power and little food, disorientation slowly claims their sanity as each of them succumbs to a fear that the snow itself may be contaminated or somehow evil. (Digital, VOD only)

Alone at Night: After a bad breakup, a young woman retreats to a remote cabin and continues modelling for an adults-only, live streaming website. However, she soon discovers she’s not alone as a masked killer begins to stalk and terrorize her. (Digital, VOD only)

Violent Night: When a team of mercenaries breaks into a wealthy family compound taking everyone inside hostage, they are not prepared for a surprise combatant: Santa Claus. (DVD, Blu-ray release: January 24)

The Ghosts of Monday: A television director becomes embroiled in a supernatural conspiracy after traveling to Cyprus to make a TV pilot about a haunted hotel. (DVD, Blu-ray release: Day & date)

M3gan: A robotics engineer at a toy company builds a life-like doll that begins to take on a life of its own. (Digital, VOD only)

Black Panther: Wakanda Forever: The people of Wakanda fight to protect their home from intervening world powers as they mourn the death of King T’Challa. (Disney+)

Arthur Malediction: Since childhood, Alex has been a big fan of the fantasy film saga “Arthur and the Minimoys.” So his best friends surprise him with a special present for his 18th birthday: a trip to the abandoned country house where the saga was set …but what begins as a weekend adventure quickly turns into a deadly nightmare. (Digital, VOD only)

Ocean Boy: In the late summer along the Australian coast, Bosch, a young father goes on the run for drug dealing with his surf gang. In tow is his son, Rockit, who believes he is on a magical holiday. (Digital, VOD only)

Who Invited Charlie?: A New York City family hiding out in the Hamptons during the pandemic have their bubble popped when a Bloody Mary-swilling, pot-smoking ‘Charlie’ comes to bring a lifetime of hurt that might heal them all. (Digital, VOD only)

One Year Off: Claire and her pals are invited to the West Indies by their friend Ben, who just inherited an island getaway. To pass the long days, they start a business hosting beachfront weddings, resulting in both awesome success and hilarious disaster. (Digital, VOD only)

The Student: A seemingly innocuous sociology student, entranced by and hoping to discover the meaning and purpose of the human soul, dances at night at a local strip club under the stage name Gerda in an effort to support herself and her ailing mother. (Digital, VOD only)

To the End: Stopping the climate crisis is a question of political courage, and the clock is ticking. Over three years of turbulence and crisis, four young women fight for a Green New Deal, and ignite a historic shift in U.S. climate politics. (Digital, VOD only)

Shepherd: The Story of a Hero Dog: Kaleb, a beloved German Shepherd, is separated from his Jewish family when the Nuremberg Laws are enacted in WWII Berlin. He is adopted by an SS Officer who trains him to attack and round up Jews at a work camp. (DVD, Blu-ray release: Day & date)

There There: A round robin of emotional two-character vignettes in which seven people reach out and bond momentarily, setting the scene for the next encounter. A pair of new lovers, an alcoholic and her AA sponsor, a teacher and a parent, a lawyer and his client, and more move from scene to scene, revealing intimate details as they forge connections. (DVD release: Day & date)

Lamya’s Poem: Animated feature tells the story of a 12-year-old Syrian refugee girl named Lamya who tumbles into a dream world where she meets a 13th century poet and must help him write the poem that will save her life. (DVD release: Day & date)

The Serpent Queen: The story of Catherine de Medici who, against all odds, became one of the most powerful and longest-serving rulers in French history. (Digital only)

Unicorn Wars: For ages, teddy bears have been locked in an ancestral war against their sworn enemy, the unicorns, with the promise that victory will complete a blood-thirsty prophecy and usher in a new era. (Digital, VOD only)

Joyride: A headstrong solicitor’s plan to offload her new born baby to her sister, is derailed when a vulnerable but opinionated teenager steals their taxi. (DVD: Day & date)

Even though most movie theatres across the country have re-opened,  more and more new releases are going early to digital and VOD. Keep up-to-date with OnVideo's Breaking Digital News, sent straight into your email box.