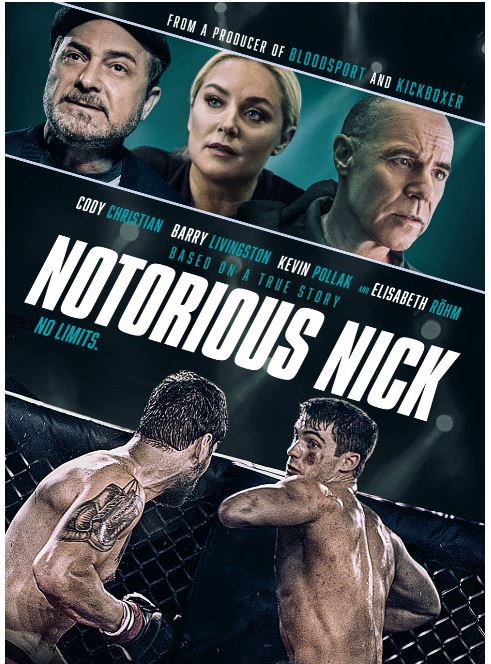 Cody Christian (TV’s “All American” and “Teen Wolf”) stars in the thrilling underdog tale based on an inspiring true story, NOTORIOUS NICK, opening in select theaters and everywhere movies can be rented August 6 from Lionsgate. The film also stars Barry Livingston, Kevin Pollak (The Usual Suspects) and Elisabeth Röhm (American Hustle) and will be available to own on DVD and Digital August 17.

SYNOPSIS
Even though he was born with a partial left arm, Nick Newell (Cody Christian) dreams of being a fighter. After wrestling in high school, Nick becomes a fierce competitor when his best friend, Abi, introduces him to mixed martial arts. Suddenly, a tragedy provides Nick with an unexpected opportunity, but to succeed he must commit to becoming the fighter he always hoped to be. Elisabeth Röhm (American Hustle) and Kevin Pollak (The Usual Suspects) also star in this thrilling underdog tale based on an inspiring true story. From a producer of Bloodsport, Kickboxer, and Death Warrant.