From Danish Writer and Director Jesper Isaksen (The Visitor), the Horror-Thriller Follows One Man’s Attempt to Find His Missing Girlfriend and Survive a Nightmarish Underground World, Arriving on Digital HD on July 20 and DVD on August 10 from Indican Pictures

Charly (Rudi Køhnke, The Birdcatcher’s Son) is looking for his American girlfriend, Amy (Louise Cho, Dark Samurai), who disappeared under mysterious circumstances during a vacation stay at a hotel in Copenhagen. Intent on finding her, Charly decides to revisit the hotel she was in to solve the mystery once and for all. However, Charly’s investigation is quickly derailed by the mysterious and flirtatious Felicija (Siff Andersson, Faces of Fear), who leads him into an underground world that quickly becomes a phantasmagorical nightmare. 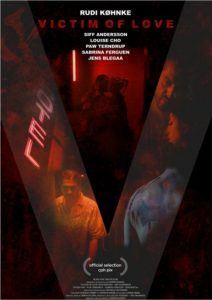