Samantha Kingston has it all: the perfect friends, the perfect guy, and a seemingly perfect future. Then, everything changes. After one fateful night, Sam wakes up with no future at all. Trapped reliving the same day over and over she begins to question just how 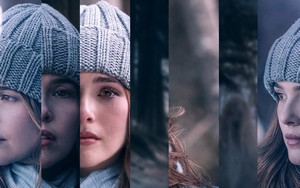 perfect her life really was. And as she begins to untangle the mystery of a life
suddenly derailed, she must also unwind the secrets of the people closest to her, and discover the power of a single day to make a difference, not just in her own life, but in the lives of those around her — before she runs out of time for good.
Vitals: Director: Ry Russo-Young. Stars: Zoey Deutch, Halston Sage, Logan Miller, Kian Lawley, Elena Kampouris.
2017, CC, MPAA rating: PG-13, 98 min., Mystery Drama, Box office gross: $12.045 million, Universal.
Extras: TBA.

Based on the bestselling novel by W. Bruce Cameron, “A Dog’s Purpose,” from director Lasse Hallstrom (“The Cider House Rules,” “The 100-Foot Journey”), shares the soulful and surprising story of one devoted dog (voiced by Josh Gad) — who is reincarnated numerous times in the form of different breeds — and finds the meaning of his own existence through the lives of the humans he teaches to laugh and love. Prior to theatrical release, controversy arose when behind the scenes footage surfaced and appeared to show a distressed dog being forcibly submerged into turbulent pool water during filming. As a result of the leaked footage, the filmmakers chose to cancel the U.S. premiere. The American Humane Association claims that the video was a fake — two disparate scenes were spliced together to show the dog was being forced into and under water, giving a misleading impression of abuse — but the dog, apparently, mishandled for 2 or 3 seconds — which is still too much, of course. The film’s boxoffice took a heavy hit because of the controversy.
Vitals: Director: Lasse Hallström. Stars: Josh Gad (voice), Dennis Quaid, Peggy Lipton, K.J. Apa, Britt Robertson.
2017, CC, MPAA rating: PG, 100 min., Adventure, Box office gross: $53.645 million, Universal.
Extras: Deleted scenes, outtakes, “Lights, Camera, Woof!” behind-the-scenes featurette, “A Writer’s Purpose” featurette on author W. Bruce Cameron Cameron and his best-selling novel.

Sequel to “Fifty Shades of Grey.” When a wounded Christian Grey tries to entice a cautious Ana Steele back into his life, she demands a new arrangement before she will give him another chance. As the two begin to build trust and find stability, shadowy figures from Christian’s past start to circle the couple, determined to destroy their hopes for a future together.
Vitals: Director: James Foley. Stars: Dakota Johnson, Jamie Dornan, Eric Johnson, Rita Ora, Luke Grimes, Victor Rasuk, Kim Basinger, Marcia Gay Harden, Bella Heathcote.
2017, CC, MPAA rating: R, 118 min., Drama, Box office gross: $112.922 million, Universal.
Extras: Deleted scenes; “A Tease to Fifty Shades Freed,” the next Fifty Shades film; “Writing Darker” featurette with author E.L. James and screenwriter Niall Leonard; “Dark Reunion” featurette with filmmakers and cast. Blu-ray adds “A Darker Direction” featurette with director James Foley; “New Threats” introduction to some new, dark and threatening characters; “The Masquerade” featurette about one of the film’s most iconic scenes; “Intimate With Darker” featurette.

On the last day of the school year, mild-mannered high school English teacher Andy Campbell (Charlie Day) is trying his best to keep it together amidst outrageous senior 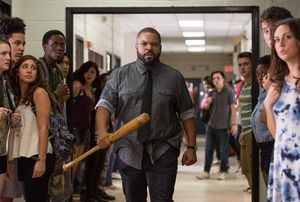 pranks, a dysfunctional administration and budget cuts that are putting his job on the line just as his wife is expecting their second baby. But things go from bad to worse when Campbell crosses the school’s toughest and most feared teacher, Ron Strickland (Ice Cube), causing Strickland to be fired. To Campbell’s shock — not to mention utter terror — Strickland responds by challenging him to a fist fight after school. News of the fight spreads like wildfire as Campbell takes ever more desperate measures to avoid getting the crap beaten out of him. But if he actually shows up and throws down, it may end up being the very thing this school, and Andy Campbell, needed.
Vitals: Director: Richie Keen. Stars: Ice Cube, Charlie Day, Tracy Morgan, Jillian Bell, Dean Norris, Christina Hendricks, Dennis Haysbert, JoAnna Garcia Swisher, Kumail Nanjiani.
2017, CC, MPAA rating: R, 91 min., Comedy, Box office gross: $32.026 million, Warner.
Extras: Deleted scenes. Blu-ray adds Georgia Film Commission.

A sophisticated, culturally aware horror thriller that takes race relations to a new level. Now that Chris (Daniel Kaluuya) and his girlfriend, Rose (Allison Williams), have reached the meet-the-parents milestone of dating, she invites him for a weekend getaway upstate with parents Missy (Catherine Keener,) and Dean (Bradley Whitford). At first, 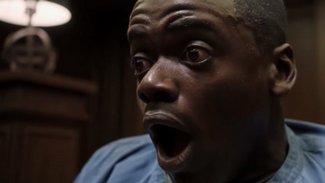 European mercenaries searching for black powder become embroiled in the defense of the Great Wall of China against a horde of monstrous creatures. The first English-language 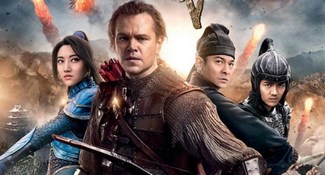 I Am Not Your Negro

In 1979, James Baldwin wrote a letter to his literary agent describing his next project, “Remember This House.” The book was to be a revolutionary, personal account of the lives and successive assassinations of three of his close friends — Medgar Evers, Malcolm X and Martin Luther King, Jr. At the time of Baldwin’s death in 1987, he left behind only 30 completed pages of his manuscript. Now, in his incendiary new documentary, master filmmaker Raoul Peck envisions the book James Baldwin never finished. The result is a radical, up-to-the-minute examination of race in America, using Baldwin’s original words and flood of rich archival material. “I Am Not Your Negro” is a journey into black history that connects the past of the Civil Rights movement to the present of #BlackLivesMatter. It is a film that questions black representation in Hollywood and beyond. And, ultimately, by confronting the deeper connections between the lives and assassination of these three leaders, Baldwin and Peck have produced a work that challenges the very definition of what America stands for. Narrated by Samuel L. Jackson.
Vitals: Director: Raoul Peck
2017, CC, MPAA rating: PG-13, 93 min., Documentary, Box office gross: $3.855 million, Magnolia.
Extras: Interview and Q&A session with director Raoul Peck, Q&A with Samuel L. Jackson, photo gallery of notable photographs featured in the film.

Touting an R-rating, allowing fans to finally see Logan’s legendary berserk rage unleashed, director James Mangold brings a visceral and gritty realism to the story, based on one of Marvel Comics’ most popular characters. In the near future, a weary Logan (Hugh 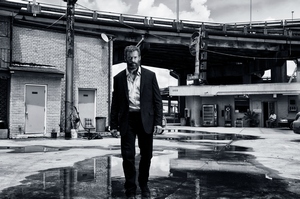 Picking up immediately after the events in “Resident Evil: Retribution,” Alice (Milla Jovovich) is the only survivor of what was meant to be humanity’s final stand against the undead. Now, she must return to where the nightmare began — The Hive in Raccoon City, where the Umbrella Corporation is gathering its forces for a final strike against the only remaining survivors of the apocalypse.
Vitals: Director: Paul W.S. Anderson. Stars: Milla Jovovich, Ali Larter, Ruby Rose, Iain Glen, Shawn Roberts, William Levy.
2017, CC, MPAA rating: R, 106 min., Science Fiction, Box office gross: $26.708 million, Screen Gems/Sony.
Extras: Two Featurettes: “Explore the Hive,” “The Badass Trinity & The Women of Resident Evil.” Blu-ray adds “Retaliation Mode” (in which Milla Jovovich and director Paul W.S. Anderson break down pivotal scenes from the movie and discuss the world of Resident Evil; sneak peek of the CG animated feature “Resident Evil: Vendetta”; “Stunts & Weaponry” featurette.

A young woman becomes worried about her boyfriend when he explores a dark subculture surrounding a mysterious videotape said to kill the watcher seven days after he has viewed it. She sacrifices herself to save her boyfriend and in doing so makes a horrifying discovery: There’s a “movie within the movie” that no one has ever seen before.
Vitals: Director: F. Javier Gutierrez Stars: Matilda Lutz, Alex Roe, Johnny Galecki, Aimee Teegarden, Bonnie Morgan, Vincent D’Onofrio.
2017, CC, MPAA rating: PG-13, 102 min., Horror-Thriller, Box office gross: $27.766 million, Paramount.
Blu-ray extras: “Terror Comes Full Circle,” “Resurrecting the Dead: Bringing Samara Back,” “Scary Scenes,” deleted/extended/alternate scenes.

After their old flat becomes damaged, Emad (Shahab Hosseini) and Rana (Taraneh Alidoosti), a young couple living in Tehran who happen to be performers rehearsing for Arthur Miller’s “Death of a Salesman,” are forced to move into a new apartment. Eventually, an incident linked to the previous tenant — a prostitute — of their new home dramatically changes the couple’s life, and the husband goes on a crusade to restore his manhood and self-worth. The film is a psychological and moral drama. Won the Oscar for Best Foreign Language Film.
Vitals: Director: Asghar Farhadi. Stars: Shahab Hosseini, Taraneh Alidoosti, Babak Karimi, Mina Sadati.
2016 — Iran, CC, MPAA rating: PG-13, 125 min., Drama, Box office gross: $1.784 million, Sony.
Extras: “A Conversation With Writer-Director Asghar Farhadi.”

The Space Between Us

In this interplanetary adventure, a space shuttle embarks on the first mission to colonize Mars, only to discover after takeoff that one of the astronauts is pregnant. Shortly after landing, she dies from complications while giving birth to the first human born on the red planet — never revealing who the father is. Thus begins the extraordinary life of Gardner Elliot — an inquisitive, highly intelligent boy who reaches the age of 16 having only met 14 people in his very unconventional upbringing with a team of scientists. While searching for clues about his father, and the home planet he’s never known, Gardner begins an online friendship with a street smart girl in Colorado named Tulsa. When he finally gets a chance to go to Earth, he’s eager to experience all of the wonders he could only read about on Mars — from the most simple to the extraordinary. But once his explorations begin, scientists discover that Gardner’s organs can’t withstand Earth’s atmosphere. Eager to find his father, Gardner escapes and joins with Tulsa on a race against time to unravel the mysteries of how he came to be, and where he belongs in the universe.
Vitals: Director: Peter Chelsom. Stars: Gary Oldman, Asa Butterfield, Carla Gugino, Britt Robertson.
2017, CC, MPAA rating: PG-13, 120 min., Science Fiction, Box office gross: $7.829 million, Universal.
Extras: Alternate ending, deleted scenes “Love” featurette, commentary with Director Peter Chelsom.