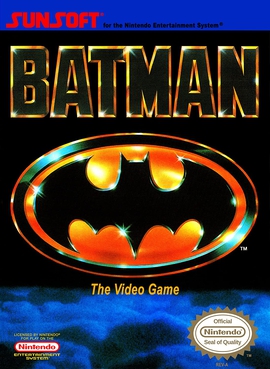 The Best Video Games Based on Movies

Transforming a story from a linear to an interactive medium is challenging. The characteristics of a good film are not the same as those of a good game. Being far more common a decade ago, the idea of video game tie-ins to blockbuster movies seems quaint and is frequently cause for a groan.

Nevertheless, it is possible for game creators and filmmakers that have true regard for the gaming business to work together on projects. These games are a must-play no matter what your familiarity with the original material is.

7 best video games based on movies

The craze for video games has sparked the growth of virtual sports betting. Like our favorite video games, they have gorgeous visual effects that are also incredibly realistic.

It is now time to look at the seven best video games based on movies:

It’s possible to argue that the sole purpose of publishing a game with a movie tie-in is for the game to profit off the movie’s popularity. This game slightly missed the mark when it was launched 26 years after Walter Hill’s cult classic The Warriors, but it didn’t matter all that much.

Warriors, a creation of Rockstar Toronto, stands out as a diversified beat-em-up in the style of those time period’s Grand Theft Auto games, giving the 1979 action movie a completely new lease on life by focusing more on the characters and their sordid gang warfare universe. The game feels like a logical extension of the film, with plenty of depth to the gameplay and environment, helped by vocal work from returning actors Michael Beck, James Remar, Deborah Van Valkenburgh, and others.

2. Batman on the NES Did The Dark Knight Justice

Sunsoft’s Batman for the NES was likely the first high-quality game to include the Dark Knight, and it was based on the 1989 Tim Burton movie of the same name. Players could wall jump, punch, and toss batarangs with ease in the game, which drew on the martial arts prowess and tools of the cape crusader.

The platforming and action gameplay were easily comparable to other games on the system, including Mega-Man or Ninja Gaiden. The presentation, which featured ominous 8-bit noir graphics and upbeat music, was also spot on.

It is true to say that Alien: Isolation is a survival horror game. Isolation focuses on, well, isolation rather than tossing you into an arena with some weaponry and lots of Xenomorphs. 15 years have passed since the events of the first Alien movie, and you play Ripley’s daughter. You are tasked with locating a flight recorder that contains information about Ripley’s fate and is thought to be on a ship owned by the Seegson Corporation.

Marvel’s Avengers takes heavily from Marvel’s multibillion-dollar film franchise, despite the fact that this is quite explicitly not the case. You have access to the same Avengers team as Kamala Khan, including Thor, Hulk, Iron Man, Black Widow, and Captain America. Marvel’s Avengers is still a highly engaging action game with an explosive single-player campaign, despite Square Enix and Crystal Dynamics receiving a lot of criticism for the games-as-a-service components.

With a customizable lightsaber and force powers, Star Wars Jedi: Fallen Order departs from most previous Star Wars games by placing you in the role of a real-life Jedi. You’ll visit several planets during your journey, each of which has its own secrets, alternate routes, and optional boss fights.

6. The Lord of the Rings: The Return of the King

Through a variety of difficulty levels and added content, the Lord of the Rings: The Two Towers video game allowed players to control Aragorn, Legolas, and Gimli. In the video game adaptation, everything was turned up to 11, or whatever that number is in Elvish, just like in the concluding film of the trilogy, Return of the King.

The entire Fellowship was added to the cast (with Faramir replacing Boromir), and players could then use any of them to complete any of the more than a dozen levels and tower-ascension additions.

As a result, players were required to adjust to the various playstyles of the characters, allowing Frodo to charge into the battle at the Black Gate or using Gimli to swat Gollum with his ax. When you include the voice acting from the A-list cast, the game becomes almost as classic as the movies themselves.

Jurassic World Evolution is about as far as you’d expect a Jurassic Park-inspired game to go. It’s a simulation game produced by Frontier Developments, the same team behind the recently launched Planet Zoo and Planet Coaster. You manage a dinosaur park on five islands in the game.

Thankfully, it’s not just Planet Coaster reskinned. Evolution incorporates voice acting from Jeff Goldblum, Bryce Dallas Howard, and B. D. Wong, as well as three unique skill trees: Science, Entertainment, and Security. Despite being an unusual genre, dinosaur theme park simulation works well for Jurassic World: Evolution since the game was created by an expert in the simulation genre.

Video games based on movies aren’t all great – but these are the best titles.