A Hologram for the King

(2016) Based on the award-winning novel of the same name by David Eggers. Cultures collide when a recently divorced American businessman (Tom Hanks) is sent to Saudi Arabia to close what he hopes will be the deal of a lifetime — pitching a state-of-the-art holographic teleconferencing system to a king. Baffled by local customs and stymied by an opaque bureaucracy, he eventually finds his footing with the help of a wise-cracking taxi driver (Alexander Black) and a beautiful Saudi doctor (Sarita Choudhury).
Vitals: Director:Tom Tykwer. Stars: Tom Hanks, Ben Whishaw, Sarita Choudhury, Tom Skerritt, Sidse Babett Knudsen.
2016, CC, MPAA rating: R, 97 min., Drama, Box office gross: $4.143
million, Lionsgate.
Extras: “The Making of A Hologram For The King” featurette, “From Novel to Screen: The Adaptation of A Hologram For The King” featurette, “Perfecting the Culture” featurette.

The fantastical world of Snow White and the Huntsman expands to reveal how the fates of The Huntsman Eric and Queen Ravenna are deeply and dangerously intertwined. The evil Queen Ravenna (Charlize Theron) betrays her good sister Freya (Emily Blun) with an unforgivable act, freezing Freya’s heart to love and unleashing in her an icy power she never knew she possessed. Retreating to a kingdom far to the north, Freya raises an army of Huntsmen as her protectors, with the only rule that no two of them should ever fall in love. As a war for domination escalates between the two queens, the hero standing between good and evil is Freya’s most elite Huntsman, Eric (Chris Hemsworth). Alongside fellow warrior Sara (Jessica Chastain) — the only woman who has ever captured his heart — Eric must help Freya vanquish her sister or Ravenna’s wickedness will rule for eternity. Vitals: Director: Cedric Nicolas-Troyan. Stars: Chris Hemsworth, Jessica Chastain, Emily Blunt, Charlize Theron, Sam Claflin, Sheridan Smith, Sophie Cookson, Colin Morgan, Rob Brydon, Nick Frost.
2016, CC, MPAA rating: PG-13, 114 min., Action-Adventure Fantasy, Box office gross: $47.952 million, Universal.
Extras: Deleted scenes, gag reel, “Dressed To Kill” costumes featurette, “Love Conquers All” behind-the-scenes featurette, commentary by director Cedric Nicolas-Troyan. Blu-ray adds “Two Queens and Two Warriors” featurette on the strength and complexity of the film’s female roles, “Meet the Dwarfs” featurette, “Magic All Around” visual effects featurette. 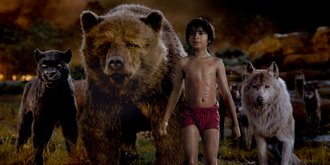 Directed by Yorgos Lanthimos, the director behind the Academy Award-nominated “Dogtooth,” 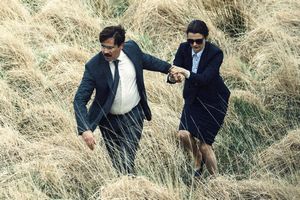 this provocative, edgy, and wickedly hilarious film is a story about love, relationships, and societal conformity. In a dystopian near future, single people, according to the laws of The City, are taken to The Hotel, where they are obliged to find a romantic partner in 45 days or are transformed into the animal of their choice and sent off into The Woods. Colin Farrell stars as David, a man who has just been dumped by his wife. David is sent to the mysterious Hotel while he searches for a new partner, and after several romantic misadventures, decides to make a daring escape to abandon this world. He ultimately joins up with a rebel faction known as The Loners, a group founded on a complete rejection of romance. But once there, David meets an enigmatic stranger (Rachel Weisz) who stirs up unexpected and strong feelings within him. 2015 Cannes Film Festival Jury Prize winner.
Vitals: Director: Yorgos Lanthimos. Stars: Colin Farrell, Rachel Weisz, John C. Reilly, Lea Seydoux, Ben Whishaw.
2016, CC, MPAA rating: R, 118 min., Comedy Drama, Box office gross: $2.263 million, Lionsgate.
Extras:

Greta Gerwig stars as Maggie Hardin, a vibrant and practical thirtysomething New Yorker working in education who, without success in finding love, decides now is the time to have a child on her own. But when she meets John Harding (Ethan Hawke), an anthropology professor and struggling novelist, Maggie falls in love for the first time, and adjusts her plans for motherhood. Complicating matters, John is in an unhappy marriage with Georgette Harding (Julianne Moore), an ambitious academic who is driven by her work. With some help from Maggie’s eccentric and hilarious best friends, married couple Tony (Bill Hader) and Felicia (Maya Rudolph), Maggie sets in motion a new plan that intertwines their lives and connects them in surprising and humorous ways.
Vitals: Director: Rebecca Miller. Stars: Greta Gerwig, Ethan Hawke, Julianne Moore, Bill Hader, Maya Rudolph.
2016, CC, MPAA rating: R, 98 min., Comedy-Drama, Box office gross: $2.255
million, Sony.
Extras: “Controlling Fate: The Making of Maggie’s Plan” featurette, outtakes, Q & A at The Sundance Film Festival, commentary with writer-director Rebecca Miller. 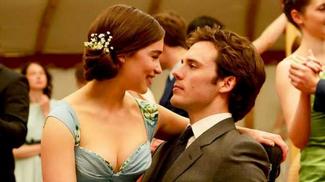 income that her tight-knit family depends upon. Desperation drives her to take a job as a caregiver to Will Traynor, a man who used to be a wealthy banker with an adventurous soul, living life to the very fullest, but for whom those days are in the past. After a tragic accident, Will lost the desire to live and now keeps everyone at a distance with his caustic, overbearing attitude. But unlike his family, Louisa refuses to tiptoe around him
or cater to his moods. In fact, her sparkling personality and easy nature are hard for even Will to ignore, and soon enough each becomes exactly what the other needs. Based on the bestselling novel by Jojo Moyes.
Vitals: Director: Thea Sharrock. Stars: Emilia Clarke, Sam Claflin, Janet McTeer, Charles Dance, Brendan Coyle, Stephen Peacocke, Matthew Lewis, Jenna Coleman, Samantha Spiro, Vanessa Kirby.
2016, CC, MPAA rating: PG-13, 110 min., Romance, Box office gross: $55.343 million, MGM/Warner Bros.
Extras: “Me Before You: From Page to Screen,” outtakes, deleted scenes. 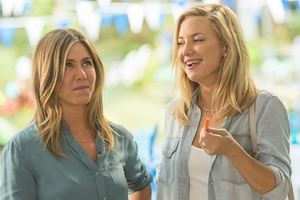