“The Lobster,” “Mother’s Day” and “Meet the Blacks.” For more information on other releases this week, see the Weekly Guide to Home Video Releases.

“The Blacklist: The Complete Third Season” (2015-16) is a five-disc set with all 23 episodes. Former government agent turned master criminal Raymond “Red” Reddington (James Spader) has eluded capture for decades, but he suddenly surrenders to the FBI with an offer to help catch a terrorist under the condition that he speaks only to Elizabeth “Liz” Keen (Megan Boone), a young FBI profiler who’s just barely out of Quantico. The mystery deepens as Reddington and Keen start to hunt down criminals that are on the arch-villain’s “blacklist.” On DVD, Blu-ray Disc. From Sony … “Blindspot: The Complete First Season” (2015) includes all 23 episodes of the series that tells the story of a beautiful 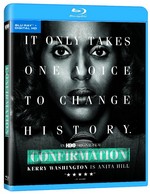 woman (Jaimie Alexander who is found naked in Times Square, with her body completely covered in cryptic, intricate tattoos. With no memories of her past, and clueless about her own identity, this Jane Doe ignites the attention of the FBI when it’s discovered that one of her mysterious tattoos bears the name of FBI agent Kurt Weller (Sullivan Stapleton). As Weller and his teammates at the FBI begin to investigate the mysterious map of Jane Doe’s strange tattoos, they are drawn into a high-stakes underworld that twists and turns through a labyrinth of secrets and revelations. In a five-disc DVD, three-disc Blu-ray set from Warner … “Confirmation” (2016), starring Kerry Washington, Wendell Pierce, Greg Kinnear, Jeffrey Wright, Eric Stonestreet and Jennifer Hudson, is the HBO film that details the explosive Clarence Thomas Supreme Court nomination hearings, which brought the country to a standstill and forever changed the way we think about sexual harassment, victims’ rights and modern-day race relations. It looks behind the curtain of Washington politics, depicting a pivotal moment in American culture that became a turning point in workplace equality and gender politics. In July 1991, President George H.W. Bush nominated Judge Clarence Thomas to fill Justice Thurgood Marshall’s seat on the U.S. Supreme Court. In October, during the final days of Thomas’ confirmation hearings before the Senate Judiciary Committee, both Newsday and NPR broke the story that one of Thomas’ former employees, law professor Anita Hill, had accused him of sexually harassing her 10 years earlier. These revelations triggered a maelstrom of events, with both Hill and Thomas testifying about the allegations before a stunned and riveted television audience. On DVD, Blu-ray Disc from HBO … “Key & Peele: The Complete Series” (2012-15) is a 10-disc set with all 53 episodes from five seasons of Keegan-Michael Key and Jordan Peele’s subversive sketch comedy show — including two seasons that are all-new to DVD — from Mr. Garvey’s irrepressible rage to every incarnation of the East/West Bowl rivalry to Luther, Obama’s anger translator. Guest appearances throughout the series include Ty Burrell, Rashida 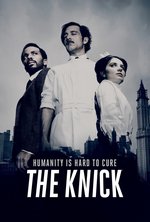 Jones, Rebecca Romijn, Mekhi Phifer, Rob Riggle, and many more. From Paramount … “The Knick: The Complete Second Season” (2015) is a four-disc set with all 10 episodes of Season Two of the Peabody Award-Winning Cinemax Series. From executive producer Steven Soderbergh (who directed all 10 episodes), and starring Clive Owen as brilliant surgeon John Thackery, the series pushes the boundaries of medicine, morality and race relations in 1900 at a downtown NYC hospital known as The Knick. In the second season, The Knick faces an upheaval, as Dr. John Thackery’s absence (due to his hospitalization for cocaine addiction), a dearth of affluent patients, and financial missteps have led to the board’s decision to shutter the hospital in favor of a new building uptown. In this world of corruption, invention and progress, everyone is searching for the new path that will help him or her survive. As relocation plans proceed, the gifted but under-appreciated Dr. Algernon Edwards jockeys to become Thackery’s successor as chief of surgery, while fellow doctors, nurses, nuns and administrators grapple with challenges at work and in their private lives. On DVD, Blu-ray Disc from HBO … “Murdoch Mysteries, Season 9 “ 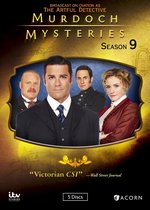 “Last Days in the Desert” (2016), starring Ewan McGregor, Tye Sheridan, Ciaran Hinds and Ayelet Zurer, follows Jesus (McGregor) in an imagined chapter in his 40 days of fasting and praying in the desert. During his time in the wilderness, he is faced with temptations from the Devil, also played by McGregor, over the fate of an ordinary family in crisis, setting for himself a dramatic test with distinctly human conflicts. From Broad Green Pictures.

“Guernica” (2016 — Spain), starring James D’Arcy, Jack Davenport, María Valverde and Hugo Silva, brings to life the tragic events immortalized in Pablo Picasso’s painting Guernica. As the citizens of the village of Guernica live with the day-to-day realities of the Spanish Civil War in 1937, a cynical American journalist (D’Arcy) secretly joins forces with a local press-office censor (Valverde) to work against the stringent restrictions that are becoming more common. But everything changes when Hitler’s Condor Legion German forces attack the town. Shot on location in Spain. From Sony.

In the animated “April and the Extraordinary World” (2016 — France), with the voices of Paul Giamatti, Tony Hale, Susan Sarandon, J.K. Simmons,l a family of scientists is on the brink of a powerful discovery in Paris in 1941 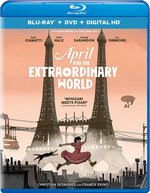 when a mysterious force suddenly abducts them, leaving their young daughter April behind. Years later, April carries on her family’s research in secret with her cat, Darwin, but soon finds herself at the center of a shadowy conspiracy and on the run from government agents, bicycle-powered airships and cyborg rat spies. Alternate original French soundtrack with the voices of Marion Cotillard, Philippe Katerine, Jean Rochefort, Olivier Gourmet, Marc-Andre Grondin. On DVD, Blu-ray/DVD Combo from GKIDS/Universl … “The Adventures of Panda Warrior” (2016) is an animated family tale with the voices of Rob Schneider, Haylie Duff, Norm MacDonald, Lauren Elizabeth and Tom Kenny. When Patrick (Schneider), a peaceful soldier from ancient China, is magically transported to Merryland and turned into a Panda, he must join forces with Peggy the flying pig (Elizabeth), GoGo the daring goat (Duff) and King Leo the courageous lion (MacDonald) in order to free the once-peaceful world from the tyranny of the evil nine-headed snake that has enslaved them. From Lionsgate.