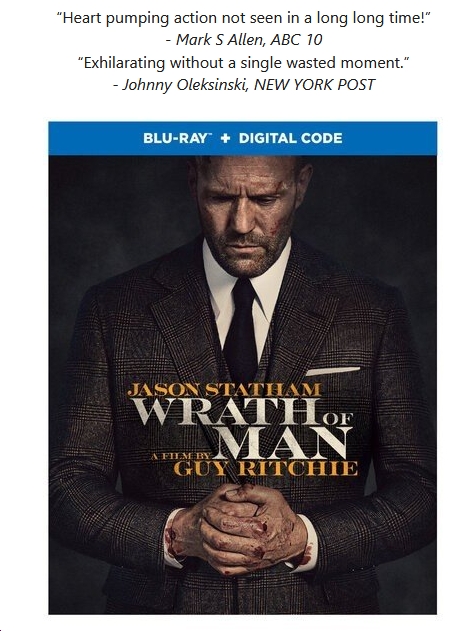 The film is produced by Ritchie, Atkinson, and Bill Block and is based on the 2004 French film “Cash Truck” (“Le Convoyeur”), written and directed by Nicolas Boukhrief.
“Wrath of Man” will be available on Digital June 29 and on Blu-ray and DVD on July 13. The Blu-ray disc features the film in hi-definition and the DVD features the film in standard definition.

Mysterious and wild-eyed, a new security guard for a cash truck surprises his co-workers when he unleashes precision skills during a heist. The crew is left wondering who he is and where he came from. Soon, the marksman’s ultimate motive becomes clear as he takes dramatic and irrevocable steps to settle a score.