“A LOVELY VALENTINE TO THE ADVENTUROUS EDITORS OF SOPHISTICATED LITERARY MAGAZINES, BURSTING AT THE SEAMS WITH HAND-CRAFTED VISUAL DELIGHTS. AUDIENCES WILL MARVEL AT ITS RICHLY IMAGINED WORLD.” 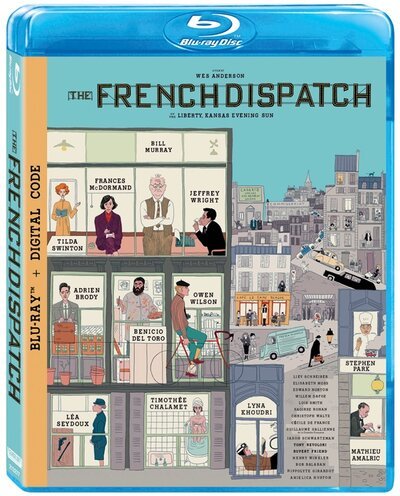 Visionary filmmaker Wes Anderson presents his 10th film, The French Dispatch. An homage to literary journalism, French culture and classic cinema the film is praised by critics and audiences alike for its exquisite visuals, captivating performances and unique artistry. Add The French Dispatch to your collection on Digital December 14and on Blu-ray and DVD December 28.

Mathieu Amalric as The Comissaire

Edward Norton as The Chauffeur

*Rated R for graphic nudity, some sexual references and language.