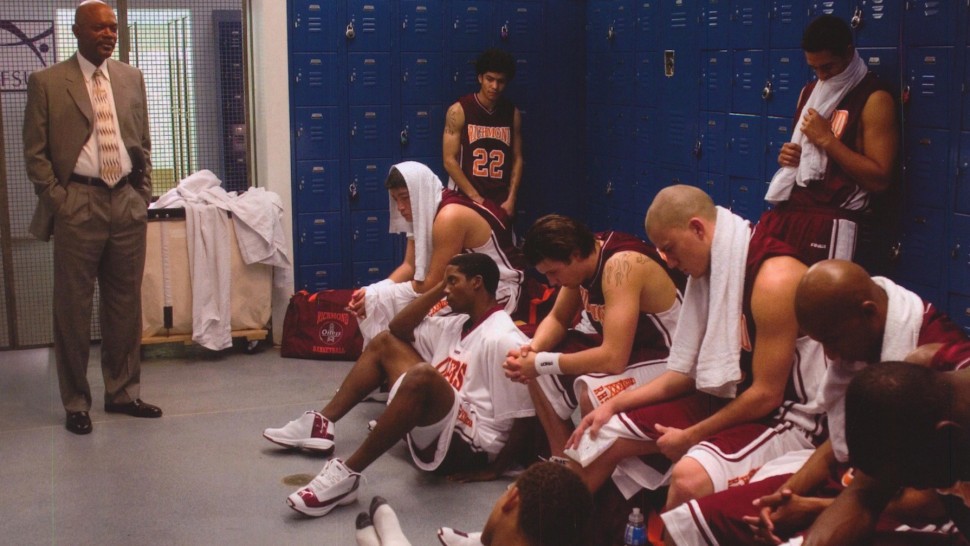 Over the years, the sports genre in movies has slowly expanded, becoming more and more popular. Sports movies are great because most of them showcase the passion and the deeper impact of sports in our lives, and others share some inspirational true stories that will boost your mood.

In today’s article, we will focus on basketball movies. The sport was originally created by Dr. James Naismith and has grown to become one of the most popular sports in the world. Basketball has impacted many people’s lives and movies are the best way to share the passion for the sport.

This is a movie about the beginnings of every professional basketball athlete, which starts during their high school years. The story is about an unmotivated team that is taken over by Ken Carter (Samuel L. Jackson) in the hopes of making some drastic changes and becoming better.

The movie is based on the real story of Carter, who locked out his 1999 Richmond High School team from playing until players improved their grades. The movie is about the balance in life and embracing that strict culture to become better. It is a great movie that showcases the power of determination and will definitely motivate you.

This is probably the most organic basketball film that was ever made. Its originality, naturalness, and fluidness at some point might confuse you to think that you are watching a documentary.

The story is about Jesus Shuttlesworth (Ray Allen), a high school basketball player, and his father Jake (Denzel Washington), who’s given one week to convince his son to attend the alma mater of the state governor just so he can shorten his prison sentence.

He Got Game is a film that is more than just about a basketball game. It is a movie that shows how basketball can change people’s future. The cinematography is amazing and the scenery adds an extra element of beauty.

Hoosiers is not just one of the best movies about basketball, but a contender as the best sports movie of all time. The story is about an underdog basketball team from a rural town that nobody believes in.

However, hard work, dedication, and support from their town help the team climb the ladder of success and win the state championship after beating a team that is much more highly regarded.

Hoosiers, which stars Gene Hackman and Dennis Hopper, is an uplifting and inspirational movie that every basketball fan should watch. It showcases the power of the community and what people can achieve when they come together.

Here we have another movie that showcases the beginnings of every athlete in the basketball world. The main focus is Kyle-Lee (played by former NBA player Duane Martin), a promising basketball player growing up in the heart of New York.

As a young player with a scholarship to Georgetown on the line, he deals with the pressure from both positive and negative influences that circle around him.

The raw energy from this movie and its originality are mesmerizing. On top of that, the producers added perfect actors such as Marlon Wayans, and Tupac Shakur, who surprisingly delivered great performances.

So, if you want some old-school action about basketball, then this is the perfect basketball movie for you.

Hoop Dreams is a movie that opens the curtains of the road to success by highlighting the path of two teenagers. Both William Gates and Arthur Agee dream about playing professional basketball in the big league, and they don’t let anything or anyone compromise their chances.

However, this documentary-style basketball-infused movie focuses on other problems, such as poor grades, drug addiction, family deaths, and serious injuries that can heavily impact the career of every basketball player.

The film is all about believing in the ultimate dream of making it into the big league and overcoming every obstacle on the way. The film truly captures the rawness of the inner-city and all the things basketball athletes have to deal with until finally getting a chance to play professionally.