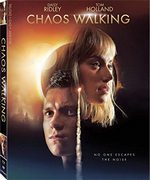 In the not too distant future, Todd Hewitt (Tom Holland) discovers Viola (Daisy Ridley), a mysterious girl who crash lands on his planet, where all the women have disappeared and the men are afflicted by “the Noise” — a force that puts all their thoughts on display. In this dangerous landscape, Viola’s life is threatened — and as Todd vows to protect her, he has to discover his own inner power and unlock the planet’s dark secrets. Based on the popular young adult trilogy by Patrick Ness. Vitals: Director: Doug Liman. Stars: Daisy Ridley, Tom Holland, Mads Mikkelsen, Demian Bichir, Cynthia Erivo, Nick Jonas, Kurt Sutter, David Oyelowo. 2021, CC, MPAA rating: PG-13, 109 min., Fantasy, US box office gross: $12.989 million, worldwide $21.589 million, Lionsgate. Formats: DVD, Blu-ray, 4K Ultra HD/Blu-ray Combo, VOD, Digital.

In “Nightmare Alley” (1947), darkness lurks behind the bright lights of a traveling carnival in one of the most haunting and perverse film noirs of the 1940s. Adapted from the scandalous best seller by William Lindsay Gresham, “Nightmare Alley” gave Tyrone Power a chance to subvert his matinee-idol image with a ruthless performance as Stan Carlisle, a small-time 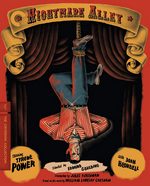 carny whose unctuous charm propels him to fame as a charlatan spiritualist, but whose unchecked ambition leads him down a path of moral degradation and self-destruction. Although its strange, sordid atmosphere shocked contemporary audiences, this long difficult-to-see reflection of postwar angst has now taken its place as one of the defining noirs of its era — a fate-fueled downward slide into existential oblivion. Co-stars Joan Blondell and Coleen Gray. On DVD, Blu-ray, with new 4K digital restoration, with uncompressed monaural soundtrack on the Blu-ray. From The Criterion Collection … Frank Sinatra and Debbie Reynolds star as a pair of romantic opposites in the romance classic “The Tender Trap” (1955) Fun-loving, free-spirited Manhattan talent agent and playboy Charlie Reader (Sinatra) is happy playing the field when he becomes the target of the far more formidable Julie Gillis (Reynolds) who is on a one-woman mission of matrimony. She has her life mapped out in details that fall just shy of where the wedding portrait will hang and the number of goldfish swimming in the bowl. Julie even knows she’ll be married next March 12. She just doesn’t know to whom. But it’s a cinch he’ll have blue eyes. In a Blu-ray debut, 16×9 Letterbox, 1080p HD Master sourced from 4k scan of original camera negative. From Warner Archive … 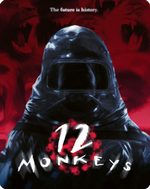 The future is history. Following the commercial and critical success of “The Fisher King,” Terry Gilliam’s next feature, “12 Monkeys” (1995), would turn to science fiction and a screenplay by Janet and David Peoples (“Blade Runner,” “Unforgiven”) inspired by Chris Marker’s classic short film “La Jetée.” In 1996, a deadly virus is unleashed by a group calling themselves the Army of the Twelve Monkeys, destroying much of the world’s population and forcing survivors underground. In 2035, prisoner James Cole (Bruce Willis) is chosen to go back in time and help scientists in their search for a cure. Featuring an Oscar-nominated turn by Brad Pitt as mental patient Jeffrey Goines, “Twelve Monkeys” would become Gilliam’s most successful film and is now widely regarded as a sci-fi classic. In a Limited Edition Steelbook Blu-ray from Arrow Video/MVD Entertainment … 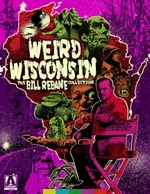 Bringing together six films, all new to Blu-ray and in brand new restorations, the “Weird Wisconsin: The Bill Rebane Collection [Limited Edition]” three-disc collection packs in a mutant astronaut bothering blissful sunbathers (“Monster a Go-Go,” 1965), a contagion apocalypse as seen from the vantage point of a remote mountain cabin (“Invasion from Inner Earth,” 1974), deadly alien spores from the rocks of Mars (“The Alpha Incident,” 1978), rural gothic and outright horror (“The Demons of Ludlow,” 1983), an eccentric “body count” movie (“The Game,” 1984) and a comedy smash-’em up that pits three hillbilly stooges against a talking Monster Truck with artificial intelligence (“Twister’s Revenge!”, 1988). A fourth disc, “Who is Bill Rebane?”, is a definitive brand new feature length documentary by historian and critic David Cairns. From Arrow Video/MVD Entertainment.

“Supernatural: The Fifteenth and Final Season” (2020) contains all 20 episodes of the last season of the thrilling and terrifying journey of the Winchester brothers as they face 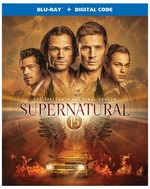 everything from demons to vampires, ghosts, angels and pagan gods. And with the help of the fallen angel Castiel they discover that every threat they vanquish opens a new door for evil to enter. In a five-disc DVD, four-disc Blu-ray, from Warner … “Supernatural: The Complete Series” (2005-2020) contains all 327 episodes from the series, as well as countless hours of bonus features from all 15 seasons. Fans who purchase the Complete Series will also receive a 68-page Collectible Book filled with new images from the beloved series, set designs and letters to the Supernatural Family. On DVD, Blu-ray. Read more here.

In “Long Weekend” (2021), starring Finn Wittrock, Zoe Chao, Casey Wilson, Jim Rash, Damon Wayans Jr. and Wendi McLendon-Covey, down-on-his-luck Bart (Wittrock) has a chance encounter with the enigmatic Vienna (Chao) and the two fall fast and hard. An enchanted weekend courtship leads to unexpected revelations, but the secrets both carry could be their undoing or the chance for a fresh start. From Sony. Read more here … In “The Sound of Silence” (2019), starring Peter Sarsgaard, Rashida Jones and Tony Revolori, there are a symphony of almost undetectable sounds that make up a moment of silence, and Peter Lucian 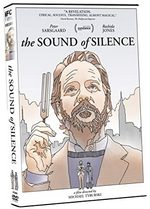 (Sarsgaard) is determined to catalogue them all. Through his job as a New York City “house tuner,” the hyper-methodical Peter works meticulously to diagnose the discordant ambient noises — produced by everything from wind patterns to humming electrical appliances — adversely affecting his clients’ moods. When he takes on the particularly difficult case of Ellen (Jones), a lonely woman plagued by chronic exhaustion, Peter finds that the mysteries of the soul may be even greater than the mysteries of sound. From IFC Films … In “Happily” (2021), starring Joel McHale, Kerry Bishé, Stephen Root, Paul Scheer and Breckin Meyer, a happily married couple (McHale and Bishé) discover their friends are resentful of their lustful relationship. When a visit from a mysterious stranger leads to a dead body, they begin to question the loyalty of their so-called friends. From Paramount … In “American Fighter” (2021), starring George Kosturos, Tommy Flanagan and Sean Patrick Flanery, a desperate teenager is forced into the dangerous world of underground fighting to win enough money to save his ailing mother. He finds out what he’s made of in the face of these violent, hungry competitors. On DVD, Blu-ray, from Lionsgate … 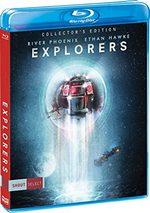 The visionary dreams of three curious and adventuresome young boys become an exciting reality in the action-fantasy “Explorers” (1985), starring River Phoenix, Ethan Hawke and Jason Presson, from director Joe Dante (“Gremlins”), who combines keen humor, warmth and fantasy with unexpected twists. In their makeshift laboratory, the boys use an amazing discovery and their ingenuity to build their own spaceship and launch themselves on a fantastic interplanetary journey. Includes the home video and theatrical cuts of the film. In a Collector’s Edition Blu-ray debut from Shout! Select … In “Vampires Are Real” (2021), Stewart and Everett have been best friends since high school, and they’ve also been vampire hunters. In fact, vampire hunting is what their entire friendship is built upon. Now adults, Everett wants to move on with his life and do more than hunt vampires but Stewart has problems moving on. Only a Vampire can save their friendship now. From Freestyle Digital Media. Read more here … In “Deliver Us From Evil” (2020 — South Korea), starring Hwang Jung-Min, Lee Jung-Jae and Park Jeong-Min, after the shocking kidnapping of a little girl in Thailand, a mercenary 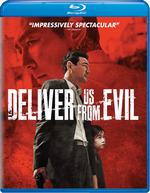 with a murky past as a government black ops agent (Hwang) is forced to re-emerge from the shadows when he learns the incident is closely connected to him. With the help of expat Yui (Park), he flies to Thailand and begins tracking the girl’s whereabouts, moving ever closer to the notorious child trafficking ring responsible for her abduction. However, when an infamous gangster nicknamed The Butcher (Lee) learns just who has entered the country and is finally within his grasp, he goes on a bloody rampage to thwart the ex-agent’s rescue mission as retaliation for a killing that even he will never be able to forget—or forgive. On DVD, Blu-ray, from Well Go USA. Read more here … In “Deadly Force: Mission Budapest” (2019 — China), starring Milla Jovovich, Talu Wang, Sandrine Pinna, Timmy Xu and David Lee McInnis, daredevil and extreme sport lover Zhao Feng (Wang) has always lived life on the edge. But when he gets caught up in an illegal trade scheme, he realizes he is in way over his head. When he crosses paths with deadly and mysterious Special Agent Bruce (Jovovich), she recruits him into the shadowy Order of the Phantom Knighthood, which is dedicated to fighting evil in all its manifestations. On DVD, Blu-ray, from Universal. 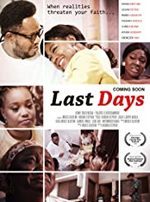 In “Last Days” (2019), starring Vivian Metchie, Susan Peters and Bimbo Ademoye, a widow struggling to make ends meet is diagnosed with breast cancer. She raises the necessary funds to undergo the required procedure to treat the cancer, but she experiences a re-occurrence of the ailment and begins to question her faith. Set in modern-day Lagos, Nigeria. Winner of the Best Drama at the Toronto International Nollywood Festival and Best Feature at Kenya’s Lake International Pan African Film Festival. From Indiepix Films.

In “Heavy Trip (Hevi reissu)” (2018 — Finland), starring Rune Temte, Johannes Holopainen, Kai Lehtinen and Torstein Bjørklund, Turo (Holopainen) is stuck in a small village in the Finnish countryside where his greatest passion is being the lead vocalist for the amateur metal band Impaled Rektum. The only problem is that he and his fellow headbangers have practiced for 12 years without playing a single gig. But that’s all about to change when the guys meet the promoter of a huge heavy metal music festival in Norway, and they decide that it’s now or never. Hitting the road in a stolen van with a corpse, a coffin and a new drummer from a local mental hospital in tow, Impaled Rektum travels across Scandinavia to make their dreams come true. On DVD, Blu-ray. A limited edition with a limited edition slip cover was released April 27. From Doppelganger Releasing.

“Infinity Train: Book Two” (2020) is a single-disc with all 10 episodes from the second season of the Cartoon Network series that follows Mirror Tulip, an escaped reflection from the mirror world, and Jesse Cosay, a 14-year-old jock from Arizona. As the pair finds themselves on the run from the mirror police, themes of identity, friendship and peer pressure arise.
From Warner.