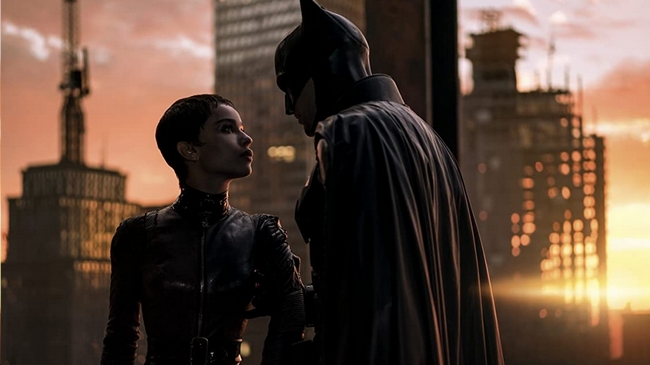 A spoiled rich kid, a troubled teen from the wrong side of the tracks, a carefree playboy and a dogged detective find themselves all caught up in the sex crime of the century in the steamy star-studded crime thriller “Wild Things [Limited Edition]” (1998) from the director of “Henry: Portrait of a Serial Killer.” 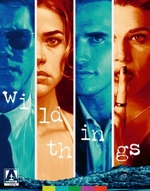 Popular and charming, student counsellor Sam Lombardo (Matt Dillon) is no stranger to being the focus of female attention within the moneyed cliques of Florida’s Blue Bay. His fortunes are about to change dramatically, however, when one of the wealthiest students at his high school, sultry siren Kelly Van Ryan (Denise Richards), accuses him of rape. The charge looks sure to stick when another girl from the other end of the social spectrum, Suzie Toller (Neve Campbell), steps forward with her own allegations, but Detective Duquette (Kevin Bacon) smells something fishy, and the truth is as murky and dangerous as the alligator-infested swamps in the hinterlands of this affluent beach community. Presented in new 4K restorations of its original theatrical version and extended Unrated Edition, “Wild Things” is a classic piece of sexy late-90s neo-noir from director John McNaughton and writer Stephen Peters, whose serpentine plotting will keep you on the edge of your seat until the end credits roll. On Blu-ray, 4K UHD, from Arrow Video/MVD Entertainment. Read more here … The vibrant cultures of India, Uganda, and the American South come together in Mira Nair’s “Mississippi Masala”” (1991), a luminous look at the complexities of love in the modern melting pot. Years after her Indian family was forced to flee their home in Uganda by the dictatorship of Idi Amin, twentysomething Mina (Sarita Choudhury) spends her days cleaning rooms in an Indian-run motel in Mississippi. When she falls for the charming Black carpet cleaner Demetrius (Denzel Washington), their passionate romance challenges the prejudices of both of their families and exposes the rifts between the region’s Indian and African American communities. Tackling thorny issues of racism, colorism, culture clash, and displacement with bighearted humor and keen insight, Nair serves up a sweet, sexy, and deeply satisfying celebration of love’s power. On DVD, Blu-ray, with new 4K digital restoration, supervised by director Mira Nair and director of photography Ed Lachman, with 2.0 surround DTS-HD Master Audio soundtrack on the Blu-ray. From The Criterion Collection. Read more here … When former Shaw Brothers executive Raymond Chow founded rival studio Golden Harvest in 1970, he quickly teamed up with “Jimmy” Wang Yu – Hong Kong’s first kung fu superstar and formerly Shaw’s biggest box office draw. Bringing over his peerless talent for taking on all foes with one hand tied behind his back, Wang wrote, directed and played the title role in 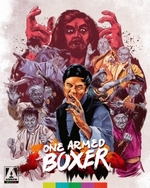 one of his most unmissable kickass classics, “One-armed Boxer” (1972 — Hong Kong). Yu Tian Long (Wang) is the best fighter to come out of his local martial arts school, but when he crosses the ruthless leader of a local crime syndicate, the big boss’ brutal bevy of deadly killers make mincemeat out of the school and everyone inside. Now the only survivor of the massacre, and short of one appendage, Yu is gifted a powerful elixir that promises to give him the strength to take swift revenge on the army of assassins, each representing the most lethal forms of fighting from across the Eastern hemisphere. Proving once and for all that you only need five fingers of death to get the job done, Wang would later reprise his role in the infamous sequel “Master of the Flying Guillotine,” but it’s the dementedly inventive original where he’s arguably at the height of his powers. 2K restoration from the original elements by Fortune Star. On Blu-ray from Arrow Video/MVD Entertainment. Read more here.

In “The Eden Theory” (2021), starring Jesse Charles, Brit MacRae and Trevor Snarr, after his best friend disappears, Tom Edwards’ world unravels when he’s investigated relentlessly by a dogged detective. Almost all signs point to Tom as the prime suspect, except for the strange and unexplainable events that follow him. Meanwhile, tensions rise between Tom and his girlfriend, Jamie, as they hide the truth from each other, as well as from The Detective, and they all begin to realize things aren’t what they seem. Is there really something sinister out in the woods surrounding their quiet town, or is Tom covering for an unspeakable crime? From Indican Pictures. Read more here … In “Agent Game” (2022), starring Mel Gibson, Dermot Mulroney, Annie Ilonzeh, Jason Isaacs and Katie Cassidy, a CIA officer finds himself the target of a rendition operation after being scapegoated for the death of an interrogation subject. On DVD, Blu-ray, from Lionsgate. Read more here … In “Umma” (2022), which is the Korean word for “mother,” Amanda (Sandra Oh) and her daughter (Fivel Stewart) are living a quiet life on an American farm. When the remains of her estranged mother arrive from Korea, Amanda becomes haunted by the fear of turning into her. Co-stars MeeWha Alana Lee, Tom Yi, Odeya Rush and Dermot Mulroney. On DVD, Blu-ray, from Sony. Read more here.

In 1969, the Norwegian government announced their discovery of one of the world’s largest oil fields in the neighboring North Sea, which launched a prosperous period of offshore drilling. 50 years later, when a crack opens on the ocean floor causing a rig to collapse, it becomes clear there would be environmental consequences for these actions in “The Burning Sea” (2021 — Norway), starring Kristine Kujath Thorp and Henrik Bjelland.When a team of researchers, including submarine operator Sofia, rushes in to search for the missing and assess the cause of the damage, they discover that this is just the start of a possible apocalyptic catastrophe. As rigs are evacuated, Sofia’s loving companion Stian becomes trapped in the depths of the sea, and she must attempt one last live saving measure by diving in to rescue him. On DVD, Blu-ray, from Magnolia Home Entertainment’s Magnet Label … In “The Rose Maker” (2020 — France), starring Catherine Frot, Manel Foulgoc and Fatsah Bouyahmed, artisanal horticulturist Eve Vernet honors her father’s legacy by continuing the family business, breeding and growing unique roses that compete in showcases all over France. But Eve’s approach struggles to compete with the mass market production from her corporate rivals. With the business facing imminent bankruptcy or liquidation, Eve’s trusted secretary, Vera, makes a last-ditch effort to turn things around by hiring three new employees from a prison rehabilitation program behind Eve’s back. In a desperate attempt to save the business, the new team comes up with a perilous plan, and Eve unexpectedly discovers new parts of life that are worth nurturing. From Music Box Films. Read more here. “Ray Donovan: The Movie” (2022) is the conclusion to the Showtime series, picking up where Season Seven ends. A showdown decades in the making brings the Donovan family legacy full circle. As the events that made Ray who he is today finally come to light, the Donovans find themselves drawn back to Boston to face the past. Each of them struggles to overcome their violent upbringing, but destiny dies hard, and only their fierce love for each other keeps them in the fight. Whether they stand together or they go down swinging, one thing is certain – Ray doesn’t do loose ends. On DVD, Blu-ray, 4K Ultra HD from Showtime/Paramount.