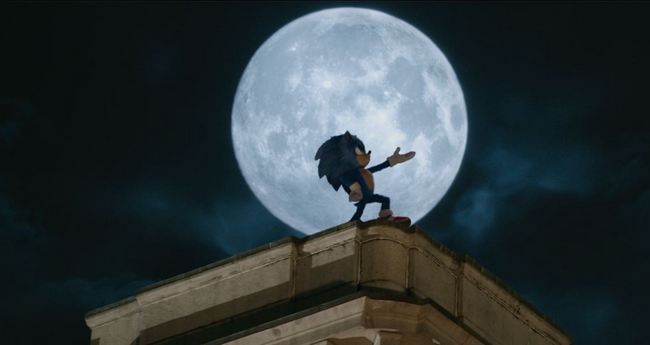 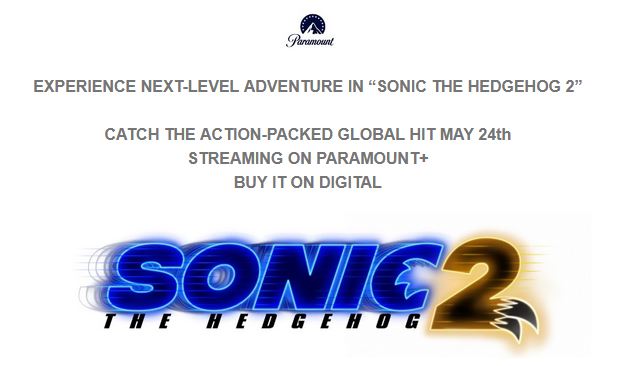 Fans purchasing the Digital, 4K Ultra HD and Blu-ray releases of SONIC THE HEDGEHOG 2 will find they are packed with nearly an hour of bonus features, headlined by an all-new, exclusive animated short entitled “Sonic Drone Home” featuring Sonic, Tails, and Knuckles.

For fans looking to play the games that started it all, Sonic Origins, an all-new multi-game collection, will be coming out on June 23, 2022, starting at $39.99 USD on PlayStation5, PlayStation4, Xbox Series X|S, Xbox One, the Nintendo Switch family of systems and PC.

After settling in Green Hills, Sonic (Ben Schwartz) is eager to prove he has what it takes to be a true hero. His test comes when Dr. Robotnik (Jim Carrey) returns, this time with a new partner, Knuckles (Idris Elba), in search of an emerald that has the power to destroy civilizations. Sonic teams up with his own sidekick, Tails (Colleen O’Shaughnessey), and together they embark on a globe-trotting journey to find the emerald before it falls into the wrong hands.

Edited By Jim May

Based On The Sega Video Game

Documentary ‘She Is …’ Explores Healing Through Dance