The pulse pounding sci-fi thriller JURASSIC HUNT is coming to Digital and DVD August 24 from Lionsgate. Courtney Loggins stars as a female adventurer who joins a crew of male trophy hunters in a remote wilderness park where the hunters quickly become the hunted! The film also stars Ruben Pla and Tarkan Dospil. 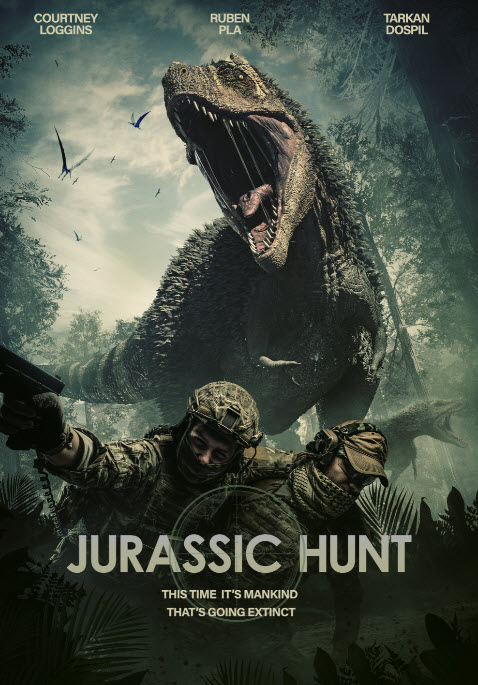 SYNOPSIS
In this pulse-pounding sci-fi thriller, female adventurer Parker joins a crew of male trophy hunters in a remote wilderness park. Their goal: slaughter genetically recreated dinosaurs for sport using rifles, arrows, and grenades. After their guide is killed by raptors, the team tries to escape the park – but the hunters quickly become the hunted. Even worse, the park’s manager suspects Parker of being a spy and sends a hit squad after her. This battle’s about to become primitive!

Rating: R for some bloody violence and language.