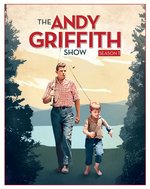 Thanks to CBS Home Entertainment and Paramount Home Media, three iconic TV series from the 1950s and 1960s will make their Blu-ray debut on May 6. All three shows are finally available in high-definition, with every episode transferred from the original camera negative. In addition, each set will boast a host of new and unusual features. Here’s the breakdown on the three releases: 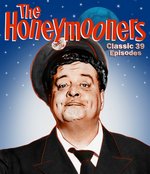 The Honeymooners – Classic 39 Episodes (1955-56) Re-mastered full-length episodes of the iconic series, starring the one and only Jackie Gleason, Art Carney, Audrey Meadows and Joyce Randolph. Special features include a never-before-released, hour-long musical “The Honeymooners: The Adoption” from 1966; a memorable 1984 “60 Minutes” profile of Jackie Gleason; both “The Honeymooners Anniversary Special” (1990) and “The Honeymooners 50th Anniversary Celebration” (2002); Jackie Gleason interviewing a Queens bus driver as guest host for Edward R. Murrow on “Person to Person”; original openings, closings and cast commercials. Five-disc set, $129.99. 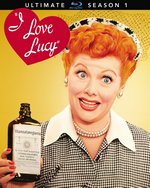 I Love Lucy – Ultimate Season One  (1951-52) The hilarious first episodes of the groundbreaking series starring Lucille Ball and Desi Arnaz. Alongside such classics as the “Lucy Does a TV Commercial” episode selling Vitameatavegamin are never-before seen treats, including Lucy and Desi’s makeup and wardrobe tests where the off-screen couple are filmed together just days before full-scale production began. Also included is the pilot episode, re-mastered from its recently discovered original 35mm negative, radio broadcasts, on-set color home movies and backstage photos. Six-disc set, $129.99.