Academy Award® winner Jeff Bridges (Best Actor, Crazy Heart, 2009), Chris Pine (Star Trek), and Ben Foster (Lone Survivor) star in the acclaimed action thriller Hell or High Water arriving on Digital HD November 8 and Blu-ray Combo Pack (plus DVD and Digital HD), DVD (plus Digital) and On Demand November 22 from Lionsgate and CBS Films. From the writer of Sicario,Hell or High Water is a modern western about two brothers who turn to crime in order to save their family farm from the clutches of the bank. Hailed as one of the year’s best films since it premiered at the Cannes Film Festival, the film has since gone on to garner a stellar 98% “Certified Fresh” critics’ score, and equally impressive 91% audience score on Rotten Tomatoes.

When a desperate father (Pine) learns that the bank is going to take his family’s land, he and his ex-con brother (Foster) are left with no choice. They decide to rob the bank’s branches, putting themselves in the crosshairs of an aging Texas Ranger (Bridges) in a riveting story of crime, punishment, and brotherly love.

The Hell or High Water home entertainment release’s special features include three all-new featurettes including “Enemies Forever” which provides an intimate look at the characters of the film; “Visualizing the Heart of America” which tells the story of the film’s setting and how filmmakers utilized real locations to bring the story to life; and “Damaged Heroes” an exploration of the outstanding cast performances. The home entertainment release also includes a Filmmaker Q&A, and exclusive footage from the Hell or High Water premiere. Hell or High Water will be available on Blu-ray and DVD for the suggested retail price of $39.99 and $29.95, respectively. 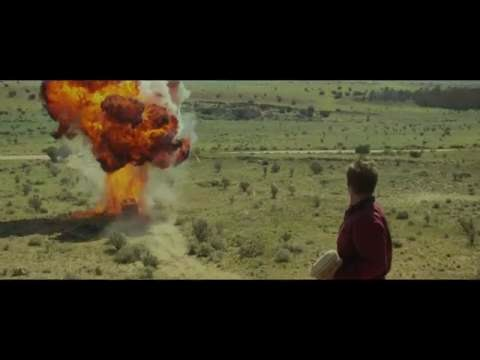