‘CHARMING THE HEARTS OF MEN’
IN THEATERS AND ON DEMAND AUGUST 13, 2021 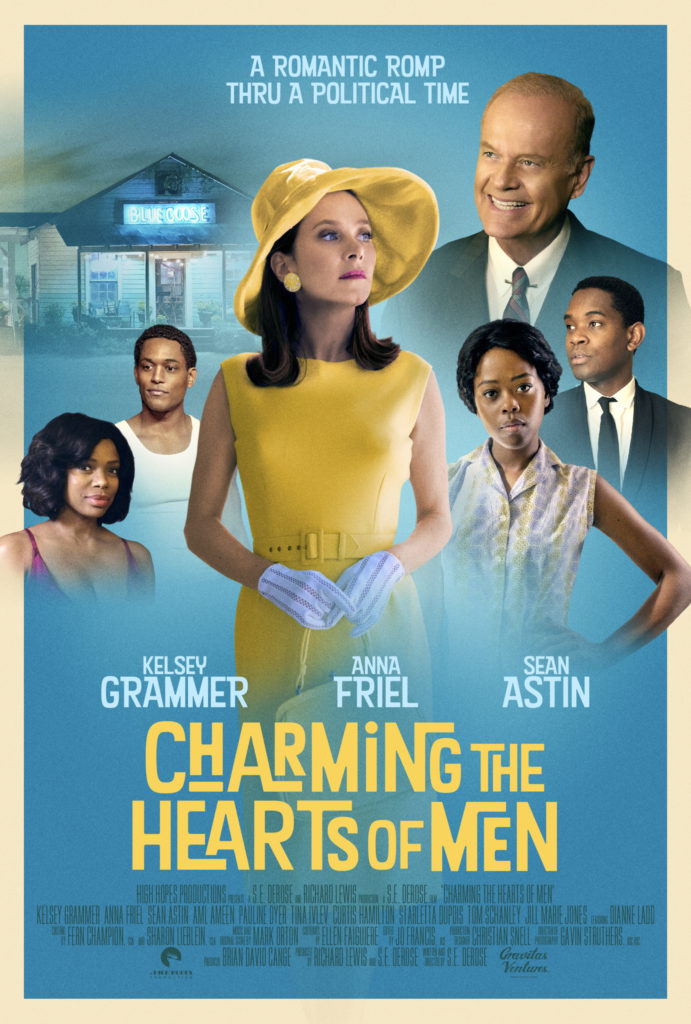 The S.E. DeRose’s scripted and directed film, set during the politically charged 60s, gives us a glance back to the historic legislation which allowed opportunities and protections never before afforded to women. Played out in juke joints, fading plantation life and the Halls of Congress, Charming the Hearts of Men is a heartfelt and unique look at life, family and friendships in a small, Southern town where the eccentric characters tell all sides of the complex story of race and gender in America. DeRose refers to the film as a ‘romanic romp thru a political time’.

‘See How They Run’ Goes Retro on Digital Nov. 1