ARRIVES ON DVD and BLU-RAY March 15 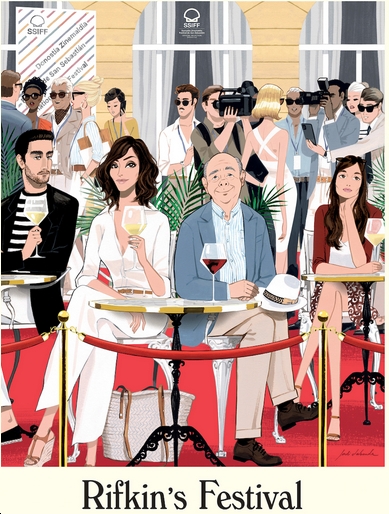 RIFKIN’S FESTIVAL had its world premiere at the San Sebastian Film Festival, apropos for the film as it is set at that idyllic Spanish town by the sea.
Mort Rifkin (Wallace Shawn – Manhattan, My Dinner with Andre), a retired film studies professor, accompanies his publicist wife Sue (Gina Gershon — New Amsterdam, Killer Joe) to the San Sebastian Film Festival in Spain. He goes not for the films, but because he’s worried that Sue’s fascination with her young buzzed-about film director client, Philippe (Louis Garrel – Little Women, An Officer and a Spy), might be more than professional. In addition, Mort hopes the change of scenery will provide a respite from his struggle to write a first novel that lives up to his impossibly exacting standards.
With Mort’s relentlessly dismissive opinions of Philippe, and Sue’s sharp focus on her career as well as Philippe, their already frayed relationship becomes more strained.
Mort’s mood lightens when he meets Jo Rojas (Elena Anaya – The Skin I Live In), a kindred spirit whose marriage to tempestuous painter Paco (Sergi López – Pan’s Labyrinth) is causing her pain as well. While Mort’s personal tastes have sometimes pushed people away, Jo’s intellect and shared sensibility draw them together.
While Sue spends her days with Philippe, Mort’s relationship with Jo deepens.
RIFKIN’S FESTIVAL was breath takingly shot by the great cinematographer Vittorio Storaro, whose classics include Apocalypse Now, The Last Emperor, Last Tango in Paris and the three previous Woody Allen films. 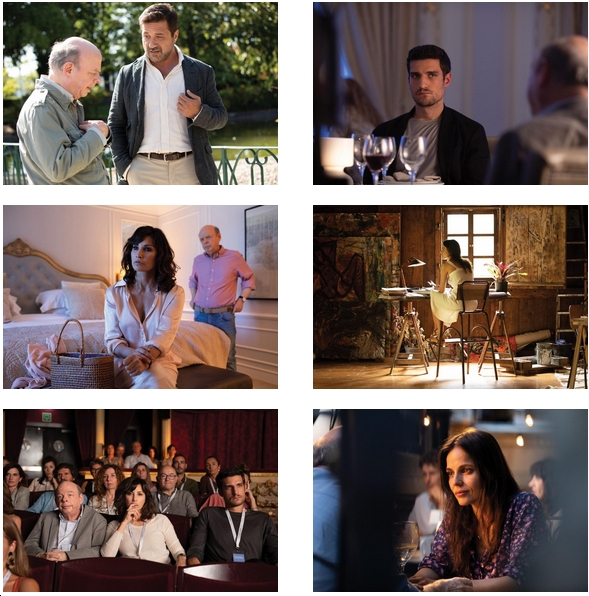