At their peak, DVD sales were worth $16.3 billion a year. In 2018, this number had been reduced to just $2.2 billion. While this was still more than Blu-Ray managed that year, which just squeaked out $1.8 billion, the downward trajectory has been constant and undeniable. Usurped by the age of streaming, physical media seems to be facing some strict challenges in the next decade. So, what caused this downturn, and why are we confident that, despite the issues, owning your own media will always have a place?

Who has the Room?

Fundamentally, the problems with the physical representations of media tie into space. When purchasing DVD’s or Blu-Ray, you’re going to need a place to store your cases and disks. While these might be half the size of older VHS tapes, they still take up considerable room for any serious collector. With the necessity of finding or creating a dedicated room in an entertainment center, this idea can be a non-starter.

For those who wish to store their media digitally, another form of storage limitation occurs. Even in compressed file formats, DVD and Blu-Ray movies can weigh in at 4 and 15 gigabytes respectively. For Ultra-HD, these file sizes could easily reach upwards of 30 gigabytes. This means that high-quality rips are off the table for DVD-R. It also means that going the hard-drive backup route would also require a heavy investment in multiple drives, and the infrastructure to support them. 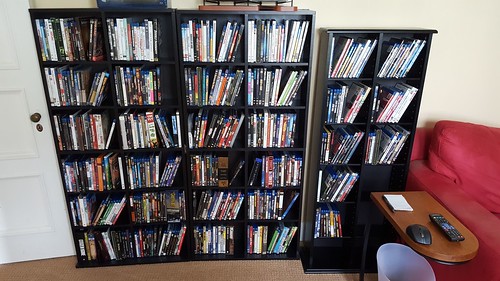 With these storage limitations alone, the benefits of streaming systems become obvious. No more having to keep entire shelves of movies to watch, dealing with scratched disks, and no more juggling recording hardware to play what you want. Compared to the simplicity of a basic search streaming, these older methods can’t hold up.

This change isn’t unique to video media either, as similar developments have also taken place in some forms of interactive entertainment. Digital casino games like online slots have had similar effects, albeit in a less overwhelming manner. Here, the vast on-demand libraries and convenience of online systems proved breakout hits, with many games offering themes for all players. This offered an alternative to the physical tables as players could find the right slot for their needs. Especially considering players can play for free first while you learning the game mechanics. Still, such a move also illustrates a stopping point, however, in that this takeover isn’t total or universal. 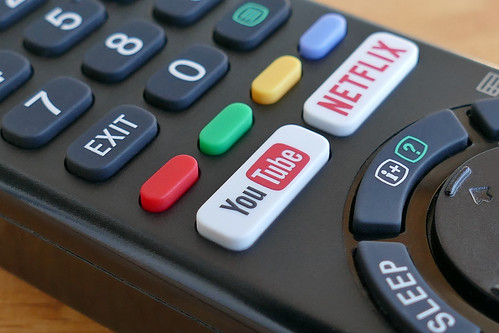 Though the current trends paint a future where physical ownership of media will continue to decline, we’re unlikely to ever abandon these methods entirely. For many movie fans, collecting is a hobby, and there are so many of us out there that the industry could survive by collectors alone.

There are also many areas in the world where high-speed internet doesn’t or can’t reach, so anyone in these areas must naturally rely on physical movies to partake. Finally, we also have to factor in that some streaming platforms simply don’t offer everything. Older titles might not be available on any streaming platforms, or what you want might only be on another system a user doesn’t want to pay for. With the addition of rotating offerings, even movies you love on stream one day might not be available the next.

The future, as it is shaping up, looks to be one where coexistence will remain key. This world is big enough for both, and this is likely to be the case for at least the next few decades. Just be sure to keep your collection in good condition, and you could have a lifetime left on your shelves at home.