Freestyle Digital Media, the digital film distribution division of Byron Allen’s Entertainment Studios, has acquired international VOD rights to the slacker-comedy THE CONCESSIONAIRES MUST DIE! which will be available to rent and own on international digital HD internet, cable, and satellite platforms on June 1, 2021. THE CONCESSIONAIRES MUST DIE! features Marvel Comics founder Stan Lee as an actor and Executive Producer.

THE CONCESSIONAIRES MUST DIE! tells the story of a misfit band of movie theater workers dealing with their beloved single screen independent movie theater on the brink of being shut down forever. Together, these theater employees face corporate evil, foreclosure and the unthinkable — having to decide what they want to be when and if they ever grow up. It’s hard times for the gang at the Monarch: a one-screen movie theater bringing the best in vintage and cult cinema to the masses, or more often, four nerds and a couple of kids who ought be in school. With a multiplex about to open just down the street, Gabby decides it’s time to smell the coffee, sell up and cut out. But her brave team of dedicated concessionaires, led by uber-geek Scott, refuses to give up. Surely there must be some way to keep the dream alive?

“THE CONCESSIONAIRES MUST DIE! is a love letter to the classic films that made us who we are and the comic books that opened our worlds,” said filmmaker America Young. “With the market flooded of indie films, this is the only one that has huge movie homages on a shoestring budget filled with easter eggs that only true fans will find, bringing your Comic Con community home to you.” 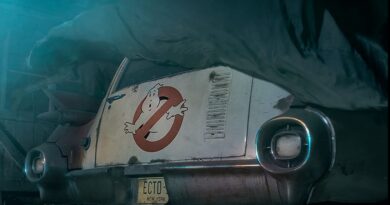 ‘Out of Nowheresville’ Finds Space on Digital, VOD Nov. 30