As we ring out the old and ring in the new this week, there’s only a trickle of releases coming your way Tuesday. Topping the list is:

“Love, Marilyn” (2013), a lovingly made documentary by Oscar-nominated director Liz Garbus that is an intimate and personal portrait of Marilyn Monroe, based on the book of Monroe’s recently discovered personal papers and journals, “Fragments: Poems, Intimate Notes, Letters” (edited by Stanley Buchthal and Bernard Comment). The film provides a poignant, illuminating and revealing profile of the iconic artist and sex symbol via dramatic readings of her own words. The film explores the unknown side of Monroe and challenges the steadfast “Last Love” (2013) stars Michael Caine, Clemence Poesy, Justin Kirk, Gillian Anderson and Jane Alexander in a poignant look at the life-changing connection between a retired and widowed American philosophy professor — who can’t get over the death of his wife — and a young Parisian woman, a free-spirited young dance instructor also struggling to heal the wounds of her 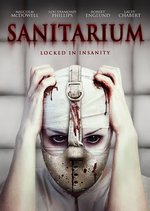 troubled past. On DVD and Blu-ray Disc from Image Entertainment … “Sanitarium” (2013), starring Malcolm McDowell, Lou Diamond Phillips, John Glover, Robert Englund, David Mazouz and Lacey Chabert, consists of three chilling tales of unspeakable terror behind the walls of a Sanitarium where Dr. Stenson holds dominion over the inmates of a most unusual asylum. From Image Entertainment … “Zombie Hamlet” (2012), starring Travis Wester, Jason Mewes, Shelley Long, Vanessa Lee Evigan, John Amos and June Lockhart, was inspired by an actual incident. Desperate filmmaker Osric Taylor dreams of making his version of “Hamlet” set during the civil war but when production funding dries up, he agrees to take southern matron Hester Beauchamps offer to fund the film if he throws some zombies in it to make their money back. But when Hester dies in mid-shoot, Osric dresses up as Hester to cash the last check and awakens the suspicions of both the local police and an ambitious local news reporter.From Level 33 Entertainment … In the late 1800s, a fanatical religious leader, a renegade Sheriff, and a former prostitute collide in a blood triangle on the rugged plains of the New Mexico Territory in “Sweetwater” (2013), starring January Jones, Jason Isaacs and Ed Harris.On DVD and Blu-ray from Arc Entertainment … A deaf woman who resurrects the ghost of a murdered young woman is forced by the spirit to come face-to-face with a serial killer who turns his female victims into marionette dolls in “Cassadaga” (2011), starring Kevin Alejandro, Kelen Coleman, Louise Fletcher, Rus Blackwell, Hank Stone, J LaRose and Amy LoCicero. From Archstone Distribution … When Britain declares war against Germany, a young South African pilot leaves his pregnant fiance behind and volunteers to serve in the British Royal Air Force. But when a combat mission goes awry, a crash landing in enemy territory leaves him and his surviving crew fighting to find their way back to the Allied lines in 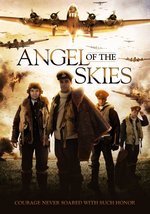 “Angel of the Skies” (2013 — South Africa), starring Nicholas van der Bijl, Adam Boys, Lillie Claire and Andre Frauenstein. From Entertainment One … A young woman and her estranged husband become entangled with a horrifying cult and find themselves swept into a world of kidnapping, violence and satanic rituals in “Ritual” (2013), starring Lisa Summerscales, Dean Cates, Brian Lally, Larry Fessenden and Derek Phillips. From After Dark Films/Lionsgate … In “Shaolin Warrior” (2011 — China), a young man looking to escape a life of crime is denied acceptance as a warrior of the Shaolin Temple and instead takes a job as a groundskeeper, where he hones his skill and eventually must defend the temple alone against an invading army. From Lionsgate.

Happy New Year One and All!!