“Elysium,” “The Lone Ranger,” “Kick-Ass 2,” “Prisoners,” “Percy Jackson: Sea of Monsters,” “One Direction” and “The Family.” For more on this week’s releases, see the Weekly Guide to Home Video Releases.

“Omnibus: Gene Kelly — Dancing: A Man’s Game”: This episode of the Golden Age of Television’s “Omnibus” cultural series was written, directed, presented, and performed by Gene Kelly. The concept of the hour-long show was to demonstrate that the rhythms, movements and coordination that great athletes used in their sports could be directly correlated to movement in dance. Using the movements of such sports greats as 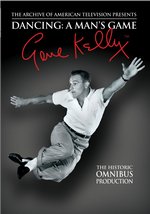 quarterback Johnny Unitas, baseball’s Mickey mantle, boxing champ Sugar Ray Robinson, figure skater Richard Button, basketball star Bob Cousy and fencing’s Allan Kwartler, among others, Kelly shows the connections between sports and dance, even choreographing a dance routine based on the sports heroes’ movements. He also traces the history of modern American dance and sets out to prove that grace and beauty in dance is not just the property of women (remember, this was the 1950s) and that it also is “a man’s game.” Highlights include a stunning performance by famed dancer Edward Villella and a great tap-dance routine by Kelly and Robinson. This historic production aired just once on December 21, 1958, over the NBC Television Network. It remained publicly unavailable until now. “Omnibus” was a multiple Emmy and Peabody Award-winning series delivering sophistication, refinement, and sparkling intelligence to a national audience. Its eight groundbreaking seasons — broadcast live and nationwide from 1952 to 1961 over 164 episodes — of live, commercial-network broadcasts featured host Alastair Cooke and the most accomplished luminaries of the day. Extras include a stunning 24-page booklet. A must-have. $29.98 from Entertainment One. 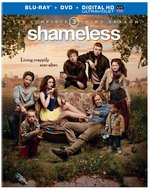 “Night Train to Lisbon” (2013), directed by Bille August and with a stellar cast heading up by Jeremy Irons and including Jack Huston, Melanie Laurent, Martina Gedeck, Tom Courtenay, August Diehl, Bruno Ganz, Christopher Lee and Charlotte Rampling, is a mystery romantic thriller about a middle-aged teacher (Irons) in Bern, Switzerland, whose 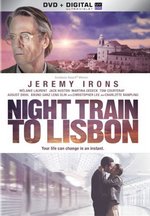 staid and mundane world comes to a halt when he stops a young woman from jumping off a bridge and taking her life. The woman disappears, leaving behind a coat with a book and a train ticket to Lisbon, Portugal. As the teacher reads the book — a philosophical ode to life, love and romance written by a young doctor just after the 1974-75 anti-Fascist revolution in that country — he’s drawn into the author’s words. Intrigued by it all, he leaves his life behind to find out more about the man and his life, setting off on a journey that uncovers a tragic love triangle during a dark chapter in the country’s history and eventually changes his life forever. It’s melancholy, pensive, sad and a tad old-fashioned, but offers the viewer a thoughtful dissertation on romance, revolution, regrets and revelation. It’s a love story about love and about the love of life. Enter this world only if you want to be slowly but surely entertained and enlightened. Based on the worldwide best-selling novel by Pascal Mercier. From Lionsgate … 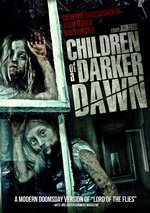 “Ain’t Them Bodies Saints” (2013) stars Rooney Mara, Casey Affleck, Ben Foster and Keith Carradine in the tale of an outlaw who escapes from prison and sets out across the Texas hills to reunite with his wife and the daughter he has never met. On DVD and Blu-ray from IFC Films … A newlywed couple’s marriage is challenged by the husband’s disapproving mother and the wife’s own terrifying secret: a crippling sleep disorder that blurs nightmares and reality in “The Last Letter” (2013), starring Sharon Leal, Omari Hardwick, Lynn Whitfield, Gary Dourdan, Richard T. Jones and Tatyana Ali. From One Village Entertainment … In “Children of a Darker Dawn” (2013), a doomsday virus has destroyed the world’s adult population, leaving only the young to fight for life in a bleak wasteland. Gangs of teens and outlaw children roam the scarred landscape; into this scenario comes sisters Evie and Fran, who keep to themselves, moving from town to town … until they meet up with a strange group of kids trying to rebuild civilization. Stars Catherine Wrigglesworth and Emily Forster. From Pop Twist/MVD Entertainment.

The enforcer and protege for an old-school boss who rules his criminal empire with both nobility and brutality is banished after a failed hit and joins forces with an ex-con restaurant owner to wreak vengeance on those who have wronged him in “Force of Execution” (2013), starring Steven Seagal, Ving Rhames, Bren Foster and Danny Trejo. On DVD and Blu-ray from Anchor Bay … 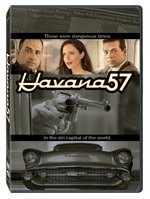 “Shadow on the Mesa” (2013), starring Kevin Sorbo, Greg Evigan, Gail O’Grady, Meredith Baxter and Wes Brown, is a Hallmark Movie Channel original about one of the best bounty hunters in the West who mistakenly goes after his estranged father for the murder of his mother. From Sonar Entertainment/Cinedigm … Havana in 1957 was the sin capital of the world. The Mafia and the corrupt Cuban government ran the nightclubs, the sex trade, drugs and gambling. When a young cop witnesses the murder of an innocent student by a fellow cop, he must decide — with the help of a beautiful Tropicana dancer — if he wants to play the corrupt game or go against the shady cops and the mob in “Havana 57” (2012), starring Juan Riedinger and Elisabetta Fantone. From Monarch Home Video … An ambitious young journalist researches a mysterious outbreak of mass hysteria in a small village in “The Secret Village” (2013), starring Ali Faulkner, Richard Riehle, Jonathan Bennett and Stelio Savante. From Vertical Entertainment … “Ghost Team One” (2013) is a comedy about two friends who are both trying to impress a girl who believes the spirit of a vengeful madam is haunting their home. They set out to make a documentary about a murder that took place in their house decades ago 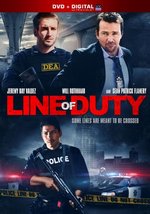 and, much to their surprise, soon capture some terrifying — and uproarious — supernatural activity that leads them to believe that the ghost is not only real … she’s also into them. Stars Carlos Santos, J.R. Villarreal, Tony Cavalero, Fernanda Romero and Meghan Falcone. On DVD and Blu-ray from Paramount … In “Line of Duty” (2013), starring Will Rothhaar, Will Estes, Jesse Borrego, Vivica A. Fox and Sean Patrick Flanery, two undercover agents come face to face with their past when they must infiltrate and destroy a drug kingpin’s operation. From Lionsgate … In “Devil’s Pass (aka The Dyatlov Pass Incident)” (2013), directed by Renny Harlin and starring Holly Goss, Matt Stokoe and Luke Albright, five young American filmmakers retrace the steps of a doomed group of experienced Russian hikers who mysteriously disappeared in a remote area of the Ural Mountains in 1959 — and what they find is more shocking than anything they could have imagined. From IFC Films.

A bullied high school student is suddenly befriended by his chief tormentor and together they face challenges that will change their lives forever in “Contest” (2013), starring Kenton Duty, Danny Flaherty, Katherine McNamara, Mary Beth Peil and Kyle Dean Massey. The feature premiered on the Cartoon Network in October in conjunction with National Bullying Prevention Month in order to inspire an open discussion between kids, parents and educators about the issue of bullying. From ARC Entertainment.

“Greek Gods, Heroes and Monsters” (2013) is a three-disc set featuring eight History Channel specials that explore the fascinating characters from the classic and enduring myths of ancient Greece. Uses CGI and over seven hours of footage to tell the stories of Hercules, Zeus, Hades, Medusa, Odysseus and more. $19.98 from Lionsgate … 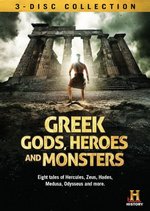 Before Linda Lovelace’s (“Deep Throat”) death in 2002, the sex superstar sat for a no-holds barred interview with pop-culture historian Legs McNeil for his book, “The Other Hollywood: The Uncensored Oral History of the Porn Film Industry.” In “Linda Lovelace — Loose Lips: Her Last Interview” (2013), Lovelace recounts the making of “Deep Throat,” the most successful X-rated film in history, her turbulent relationship with manager-husband Chuck Traynor, her role (and exploitation by) the anti-porn movement that she helped launch with her bestselling book, “Ordeal,” in 1980, and her subsequent return to pornography in 2001. With additional comments by Marilyn Chambers, FBI Agent Bill Kelly, Chuck Traynor. From MVD Visual.