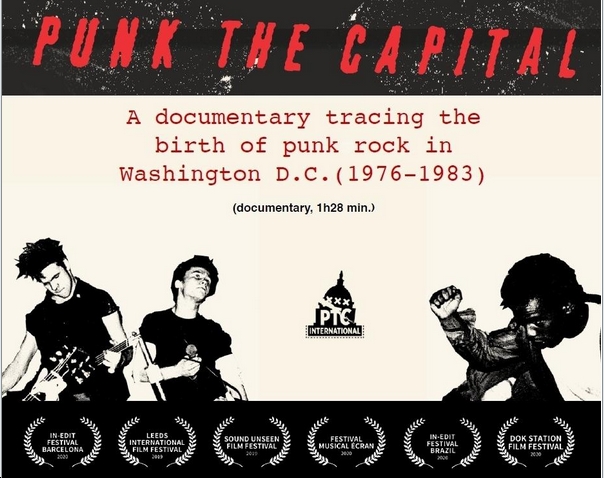 Punk the Capital: Building a Sound Movement
A documentary tracing the birth of punk rock in Washington D.C. (1976-1983)
Featuring Bad Brains, Minor Threat, Void, Rites of Spring, and more, with interviews from Henry Rollins, Ian MacKaye, H.R., Jello Biafra, Joe Keithley, and many others
Blu-ray and DVD to be released for US Record Store Day on June 12th via Passion River and UK Record Store Day on July 12th via Wienerworld
Coming to VOD on June 29th – Pre-order now on Apple TV and iTunes
Includes 50+ minutes of bonus shorts with Scream, Void, The Cramps, and The Slickee Boys 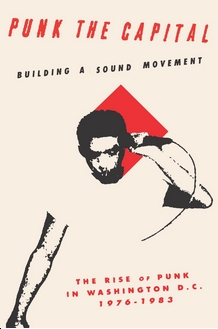 When punk rock erupted in Washington DC, it was a mighty convergence of powerful music, friendships, and clear minds. This film explores the incredible challenges that this subculture faced when it took root in the Nation’s Capital in the late 1970’s.
Punk the Capital situates DC punk within the larger narratives of rock n’ roll, working as a powerful multi-layered story for both fans and non-fans of punk rock. Featuring musicians such as Bad Brains, Henry Rollins, Ian MacKaye, and Jello Biafra, this film dives deep into the ideas and sounds from this transformative music scene which continues to be influential culturally and politically around the world.
Created by James June Schneider (co-director, editor), Paul Bishow (co-director), and Sam Lavine (associate producer, co-editor), Punk the Capital was theatrically released in the US last month and garnered rave reviews from the press and fans alike. Many of the screenings became special events, with Q&As with the directors and Pete Stahl of Scream, Chris Stover of Void, Nicky Thomas of Fire Party, curator / publisher Roger Gastman, and Hudley Flipside of Flipside fanzine, just to name a few.

Punk the Capital will be released on Blu-ray and DVD in the US for Record Store Day on June 12th via Passion River and in the UK for Record Store Day on July 12th via Wienerworld. A portion of all DVDs and Blu Rays sold through Dischord Records will go to the DC based charity We Are Family.
As an added bonus, the discs contain 50+ minutes of short films from the archives of Punk the Capital:
Punk the Capital will be available on VOD on all digital platforms on June 29th, but is now available for pre-order on Apple TV and iTunes.