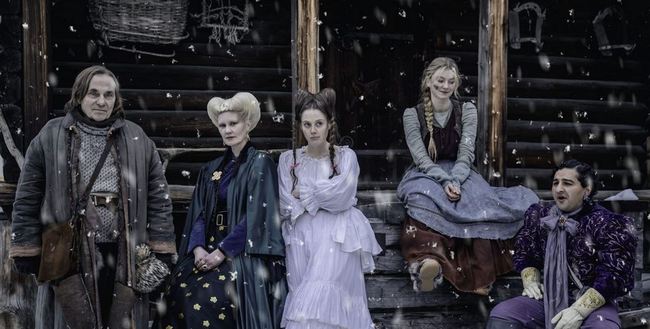 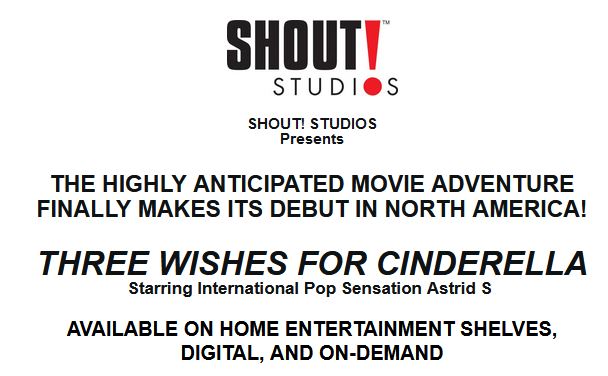 This fall, one of the world’s most renowned fairy tales will be brought to life in a spectacular new epic fantasy movie adventure! On October 18, 2022, Shout! Studios, in collaboration with Sola Media and Storm Films, will present THREE WISHES FOR CINDERELLA, a delightfully charming and atmospheric reimagining of the classic to the North American movie audiences for the first time on DVD, Blu-ray™+DVD combo pack and available for digital download and on-demand. 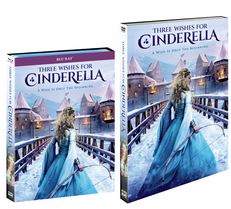 Starring popular Scandinavian pop star Astrid S, Cengiz Al (Skam), Thorbjørn Harr (Vikings), Nasrin Khusrawi (Lilyhammer), Bjørn Sundquist (Hansel and Gretel: Witch Hunters), Kristofer Hivju (Game of Thrones), Ellen Dorrit Petersen (The Worst Person in the World, The Innocents), and Ingrid Giæver (Thelma) and directed by Cecilie A. Mosli (Grey’s Anatomy), THREE WISHES FOR CINDERELLA is visually stunning and magnificently produced major motion picture set in the arctic winter of Norway, with a vibrant storyline, an enchanting atmosphere, breathtaking scenery, and rustic charms. Cinderella emerges from this rich and thoroughly modern interpretation of the classic story as kind and beautiful while being strong, independent, and active in forging her own path. With gorgeous production design, cinematography, and visual effects, THREE WISHES FOR CINDERELLA is a timeless and heartwarming story about love, self-empowerment, courage, and belief in liberty and justice that the entire family will enjoy.

Since her father’s death, the kind-hearted but also courageous Cinderella lives with her cruel stepmother and spoiled stepsister, Dora, who treat her like a servant in her own house. During one of her escapes to the forest, Cinderella prevents a couple of men from hunting, amongst them, the handsome prince of the kingdom. They immediately feel attracted to each other, but he is expected to find a suitable bride at the next royal ball, which Cinderella is now allowed to attend. Equipped with a great deal of courage and empowered by her three magical acorns, she decides to stand up for herself and determine her own fate. Is she able to break free from her stepmother’s tyranny and find true love?