“The Shack,” “Before I Fall” and “Fist Fight.”For more information on other releases this week, see the Weekly Guide to Home Video Releases.

Terry Zwigoff’s first fiction film, “Ghost World” (2001), adapted from a cult-classic comic by Daniel Clowes, is an idiosyncratic portrait of adolescent alienation that’s at once bleakly comic and wholly endearing. Set during the malaise-filled months following high-school graduation, “Ghost World” follows the proud misfit Enid (Thora Birch), who confronts an uncertain future amid the cultural wasteland of consumerist suburbia. As her cynicism 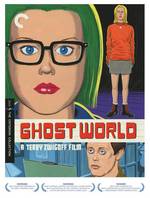 becomes too much to bear even for her best friend, Rebecca (Scarlett Johansson), Enid finds herself drawn to an unlikely kindred spirit: a sad-sack record collector many years her senior (Steve Buscemi). With its parade of oddball characters, quotable, Oscar-nominated script, and eclectic soundtrack of vintage obscurities, “Ghost World” is one of the 21st century’s most fiercely beloved comedies. On DVD and Blu-ray, with a new, restored 4K digital transfer, supervised by writer-director Terry Zwigoff, with 5.1 surround DTS-HD Master Audio soundtrack on the Blu-ray. From The Criterion Collection … “Spotlight on a Murderer” (1961), the little-known third feature by the great French maverick Georges Franju (“Eyes Without a Face,” “Judex”) is a delightfully playful romp through Agatha Christie territory, whose script (written by Pierre Boileau and Thomas Narcejac of “Les Diaboliques” and “Vertigo” fame) is mischievously aware of the hoariest old murder-mystery clichés and gleefully exploits as 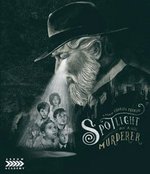 many of them as possible. They’re equally aware of the detective story’s antecedents in the Gothic novel, a connection that Franju is only too happy to emphasize visually at every opportunity thanks to his magnificent main location. When the terminally ill Count Hervé de Kerloquen (Pierre Brasseur) vanishes without trace, his heirs are told that they have to wait five years before he can be declared legally dead, forcing them to devise ways of paying for the upkeep of the vast family château in the meantime. While they set about transforming the place into an elaborate son et lumière tourist attraction, they are beset by a series of tragic accidents — if that’s really what they are … . A young Jean-Louis Trintignant (“The Conformist,” “Amour”) is amongst the Kerloquen heirs. In a Blu-ray/DVD Combo with High Definition Blu-ray (1080p) and Standard Definition DVD presentations of the feature, restored by Gaumont, with uncompressed French Mono 1.0 PCM Audio. From Arrow Academy/MVD Entertainment.

“Beauty & the Beast: The Complete Series” (2012-16) is a 20-disc set with all 70 episodes. Starring Kristen Kreuk as NYPD detective Catherine “Cat” Chandler and Jay Ryan as the mysterious Vincent Keller, the series follows the pair as they work to uncover the curse behind Jay’s unnatural abilities, all while risking their lives. When Cat, a smart, no-nonsense homicide detective with a troubled past, falls in love with Vincent, a handsome doctor who was reportedly killed while serving in Afghanistan in 2002, it becomes 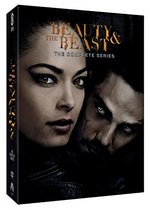 anything but a fairy tale romance. While investigating a new case, Cat and Tess (Nina Lisandrello) discover fingerprints, which prove that Vincent is still alive. For mysterious reasons, Vincent has been in hiding for the past 10 years. With the help of his childhood friend J.T. Forbes (Austin Basis), Vincent has been able to guard his dark secret — when he is enraged he becomes a terrifying beast, unable to control his superstrength and heightened senses. From Paramount … “Code of a Killer” (2015) is the three-part British miniseries — from the director of “Broadchurch” and the producers of “Line of Duty” — that tells the extraordinary true story of how a brilliant scientist and a progressive police detective united to create the biggest advance in modern criminal investigation. David Threlfall stars as tenacious detective David Baker, who heads up the investigation into the brutal murders of two Leicestershire schoolgirls during the 1980s. Only a few miles away, Dr. Alec Jeffreys (John Simm) a scientist at Leicester University, invents a remarkable technique to read each individual’s unique DNA fingerprint. Together they attempt what has never been done before – to solve a crime through DNA profiling. From Acorn Media … “Decoy” (1957-1958)) is a three-disc set with all 39 episodes of the TV series that was not only the first in American television to explore the life of a New York City policewoman, it was also the first series to feature an actress as the star protagonist in a full-season, dramatic series. The show follows Detective Casey Jones, played by the talented Beverly Garland (“My Three Sons,” “Swamp Woman,” “Airport 1975”), as she walks the streets of New York City, solving a new case each week. Case narratives were based on experiences told to Garland by the show’s technical director, Margaret Leonard, a former NYPD detective herself. The significance of her role was at a time when the “female detective” had virtually disappeared from film and created a strong new archetype that would set the standard for years to come. “Decoy” was filmed on location throughout the stunning backdrop of 1950s New York City, with sweeping shots of the Manhattan Bridge, 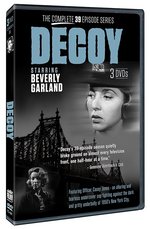 Beat-era Greenwich Village, Penn Station and many other iconic NYC landmarks. In addition to its on-location shots, “Decoy” was unique for its time due to a documentary style of shooting; beautifully framed, noir shots; and an extremely brave approach to its gritty subject matter, with performances influenced by the method school. From Film Chest … After five decades of law-abiding, tax-paying citizenship, retired couple Martha (Virginia McKenna) and Arthur (Bernard Hill) are forced into an unexpected life of crime in “Golden Years” (2016). The financial industry has stolen their hard-earned pensions, so they’re going to steal them back, at the same time helping friends who are down on their luck, and saving their social club from becoming a supermarket. From Acorn Media … “Hart to Hart: The Complete Series” (1979-94) is a 29-disc set featuring the original pilot and all 110 episodes from the original series. Robert Wagner and Stefanie Powers take you on a jet-setting mystery tour in the charming and elegant “Hart to Hart” mystery series. Jonathan and Jennifer Hart, a wealthy and glamorous couple, always manage to find themselves caught up in intrigue and adventure. Along with their loyal and gravel-voiced servant Max (Lionel Stander), these stylish sleuths delighted audiences throughout “Hart to Hart’s” five-season run on network television. Created by Sidney Sheldon, both a bestselling novelist (“Master of the Game,” “The Other Side of Midnight”) and hit television producer (“I Dream of Jeannie,” “The Patty Duke Show”), “Hart to Hart” is a smart and sexy detective drama featuring sparkling and witty dialogue, 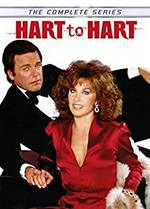 gorgeous costumes, and the sort of thrilling exploits that are never out of style. From Shout! Factory … “The Last Kingdom: Season Two” (2017) is a two-disc set with eight episodes. In 872, many of the separate kingdoms of what we now know as England have fallen to the invading Danes, leaving the great kingdom of Wessex standing alone and defiant. On DVD, Blu-ray Disc from Universal … “Major Crimes: The Complete Fifth Season “ (2016-17) is a five-disc set with all 21 episodes. In Season Five, the squad continues to work some of the most challenging murders in the City of Angels. From searching for a missing teenage girl who vanished while helping the homeless, to hunting down the killer of a potentially dirty cop and following up on a beheading in an isolated corner of Los Angeles, the major crime investigators work to arrest and deal out a succession of criminals and killers. From Warner … All 13 episodes. From award-winning filmmaker Ava DuVernay and executive producer Oprah Winfrey, “Queen Sugar: The Complete First Season” (2016) follows the life of three siblings–brother Ralph-Angel (trying to rebuild his life after jail) and sisters, Nova Bordelon (social activist, root woman, and herbalist) and Charley Bordelon (L.A. basketball wife), who, with her teenage son Micah, moves to the heart of Louisiana to claim an inheritance from their recently departed father — an 800-acre sugarcane farm. All 13 episodes. From Warner … “Suits: Season Six” (2016-17) is a four-disc set with all 16 episodes. From Universal.

In “Collide” (2017), starring Nicholas Hoult, Anthony Hopkins, Ben Kingsley and Felicity Jones, after a heist goes terribly wrong, Casey Stein (Hoult) finds himself on the run from a ruthless gang headed by mob boss Hagen (Hopkins). Left with no choice, Casey calls his former employer and drug smuggler Geran (Ben Kingsley) to protect his long-time girlfriend Juliette before Hagen gets his hands on her, and sets out on an adrenaline-fueled car chase on the German highways. On DVD, Blu-ray/DVD Combo from Universal … In “The Blackcoat’s Daughter” (2017), starring Emma Roberts, Lucy 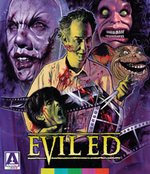 Boynton and Kiernan Shipka, beautiful and haunted Joan (Roberts) makes a bloody and determined pilgrimage across a frozen landscape toward a prestigious all-girls prep school, where Rose and Kat find themselves stranded after their parents mysteriously fail to retrieve them for winter break. As Joan gets closer, Rose watches in horror while Kat suffers terrifying visions and becomes possessed by an unseen force. on DVD, Blu-ray/DVD Combo from Lionsgate … “Evil Ed” (1995) is a blood-soaked love letter to the splatter films of the ’80s. Mild-mannered film technician Edward enjoys his job. That is, until he finds himself transferred from his regular post to the “Splatter and Gore department,” where he’s forced to edit hours upon hours of grisly video nasty footage. Traumatized by the onscreen violence, Ed starts to lose his grip on reality — with ghastly (and bloody) consequences. Owing a debt to films such as “The Evil Dead,” “Re-animator” and the early splatter classics of Peter Jackson, “Evil Ed” is a veritable smorgasbord of flying limbs, exploding heads, busty babes and creepy creatures. In a three-disc limited edition DVD/Blu-ray combo from Arrow Video/MVD Entertainment … You may have heard of “Blackenstein” (1972), the infamous Blaxploitation/Horror hybrid, but the real story is even more bizarre: In 1973, criminal-lawyer-turned-wannabe-monster-movie-mogul Frank R. Saletri wrote and produced this grindhouse hit about a Black soldier mortally wounded in Vietnam transformed into a rampaging monster by an L.A. mad scientist. Almost a decade later, Saletri himself would be murdered gangland-style in a crime that remains debated — and unsolved — to this day. John Hart (TV’s “The Lone Ranger”), ’40s Hollywood starlet Andrea King (“The Beast With Five Fingers”) and even former mob moll/stripper Liz Renay (“Desperate Living”) star in this jaw-dropper directed by William A. Levey (“The Happy Hooker Goes to Washington”). Two restored versions: Theatrical release (78 Minutes) and video release (87 Minutes). On DVD, Blu-ray Disc from Severin Films.

In “Strawberry Shortcake: Dance Berry Dance” (2017), kids can dance along with Strawberry Shortcake and her friends’ adventures: Apple causes “The Berry Bitty Dance Disaster” when she invents groove booties to keep up with her pals’ moves. Strawberry and Plum use the booties to teach puppies ballet, but one will become a “Doggie Dance No-Show.” And Cherry Jam must find a solution when she can’t escape the popularity of her “Dance Puppy Dance” song. From Fox.