“Daddy’s Home 2.” For more information on other releases this week, see the Weekly Guide to Home Video Releases.

The Criterion Collection has two classic foreign films from the 1960s:

A uniquely prolific and chameleonic figure of world cinema, Kon Ichikawa delivered a burst of stylistic bravado with “An Actor’s Revenge” (1963 — Japan), an intricate tale of betrayal and retribution. Set in the cloistered world of 19th-century kabuki theater, the film charts a female impersonator’s attempts to avenge 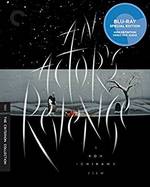 the deaths of his parents, who were driven to insanity and suicide by a trio of corrupt men. Ichikawa takes the conventions of melodrama and turns them on their head, bringing the hero’s fractured psyche to life in boldly experimental widescreen compositions infused with kaleidoscopic color, pop-art influences, and meticulous choreography. Anchored by a magnificently androgynous performance by Kazuo Hasegawa, reprising a role he had played on-screen three decades earlier, “An Actor’s Revenge” is an eye-popping examination of how the illusions of art intersect with life. On DVD, Blu-ray Disc with new 4K digital restoration, with uncompressed monaural soundtrack on the Blu-ray … In the psychologically rich character study [amazon_link asins=’B077H91YB6′ template=’ProductLink’ store=’onvideoguidetoho’ marketplace=’US’ link_id=’d0e3d49a-1837-11e8-88e0-8b3c1aadfc9f’]”The Hero” (1966 — India), 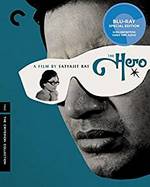 written and directed by Satyajit Ray, Bengali film star Uttam Kumar draws on his real-world celebrity to play Arindam Mukherjee, a matinee idol on the brink of his first flop. When Mukherjee boards an overnight train to Delhi to accept an award, a journalist (Sharmila Tagore) approaches him seeking an exclusive interview, which initiates a conversation that sends the actor reeling down a path of self-examination. Seamlessly integrating rueful flashbacks and surreal dream sequences with the quietly revelatory stories of the train’s other passengers, “The Hero” is a graceful meditation on art, fame, and regret from one of world cinema’s most keenly perceptive filmmakers. On DVD, Blu-ray Disc with new, restored 2K digital transfer, with uncompressed monaural soundtrack on the Blu-ray.

Set over one summer, “The Florida Project” (2017) is the gloriously alive story of a precocious six year-old and her ragtag group of friends whose summer break is filled with childhood wonder, possibility and a sense of adventure while 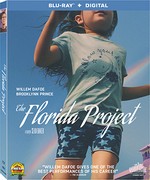 the adults around them struggle with hard times. On a stretch of highway just outside the most magical place on earth, Disney World, Moonee (Brooklynn Prince) and her playmates spend an unforgettable summer at The Magic Castle, a budget motel managed by Bobby (Willem Dafoe). Bobby’s stern exterior hides a deep reservoir of kindness and compassion as he watches over the kids’ adventures, protecting them from some of the harsher realities of life. Co-stars Bria Vinaite, Valeria Cotto, Caleb Landry Jones. On DVD and Blu-ray, from Lionsgate … In “Doomsday Device” (2017), starring Corin Nemec, Mike Hatton and Robert Carradine, two FBI agents trying to arrest several crooks find an ancient Japanese artifact of enormous power. Now, they must stop the crooks from delivering the stone to the criminal mastermind, who turns out to be a rich businessman with a nefarious plan. From Lionsgate … Based on The New York Times best-selling book, and recipient of the Dove Foundation seal of approval for ages 12+, “Same Kind of Different as Me” 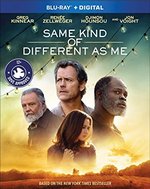 (2017) follows successful art dealer Ron Hall (Greg Kinnear) and his wife Debbie (Renée Zellweger), who seemingly have the perfect life. But when their faith and family are tested, an unlikely bond with a homeless drifter (Djimon Hounsou) leads them on a remarkable journey that forges an everlasting friendship. Co-stars Jon Voight and Olivia Holt. On DVD, Blu-ray Disc, from Paramount … “Rise of the Footsoldier Part II” (2017), starring Ricci Harnett, Craig Fairbrass and Charlie Heaton, is the follow-up to 2007’s cult hit “Rise of the Footsoldier,” and follows football-hooligan-turned-professional-criminal Carlton Leach, who’s still mourning the loss of his friends and is convinced that it’s only a matter of time before he’s next. For him, the only way out is to go back in and work his way back up the criminal ladder…but the higher he gets, the more violent the jobs become, until his quest for power turns into an obsession. With life and family on the line, can he hold his nerves together one last time in order to get out alive? From Lionsgate. 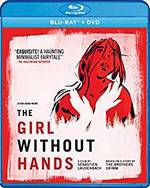 The “The Girl Without Hands” (2016 — France) is a beautiful and dreamlike take on the Brothers Grimm story, hand-painted with lush, evocative details and featuring the voices of Anaïs Demoustier and Jérémie Elk. It’s the story of a young woman who is sold to the devil by her miller father in return for a river of gold. She is so pure of heart that she is able to elude him, but not before losing her hands. So begins her long journey towards the light … but in spite of her resilience and the new protection of a handsome prince’s estate, the Devil devises a plan of his own. On Blu-ray/DVD Combo, from GKIDS/Shout! Factory.

“The Star” (2017) is an animated family film that follows a small but brave donkey named Bo (voiced by Steven Yeun), who yearns for a life beyond his daily 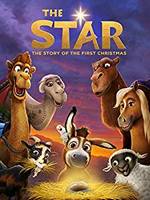 grind at the village mill. One day he finds the courage to break free and finally goes on the adventure of his dreams. On his journey, he teams up with Ruth (voiced by Aidy Bryant), a lovable sheep who has lost her flock and Dave (voiced by Keegan-Michael Key), a dove with lofty aspirations, along with three wisecracking camels voiced by Tracy Morgan, Tyler Perry and Oprah Winfrey. Bo and his new friends follow the star and become accidental heroes in the first Christmas. Co-stars the voices of Gina Rodriguez, Zachary Levi, Kelly Clarkson, Anthony Anderson, Ving Rhames, Gabriel Iglesias, Patricia Heaton, Kristin Chenoweth and Christopher Plummer. On DVD, Blu-ray/DVD Combo, from Sony.

“Black Code” (2016), Nicholas de Pencier’s gripping documentary, examines the global impact the Internet has on free speech and privacy. Based on Ronald Deibert’s 2013 book of the same name, “Black Code” offers a startling report on how governments control and manipulate the internet in order to censor and monitor their citizens. With stories from exiled Tibetan monks circumventing China’s surveillance apparatus, Syrian citizens tortured for Facebook posts, Brazilian activists using social media to distribute alternative news, and Pakistani online violence against women, we see firsthand the high-stakes consequences that our unprecedented level of digital communication can produce. As this battle for control of cyberspace is waged, our ideas of citizenship, privacy, and democracy will be challenged to the very core. From Music Box Films.