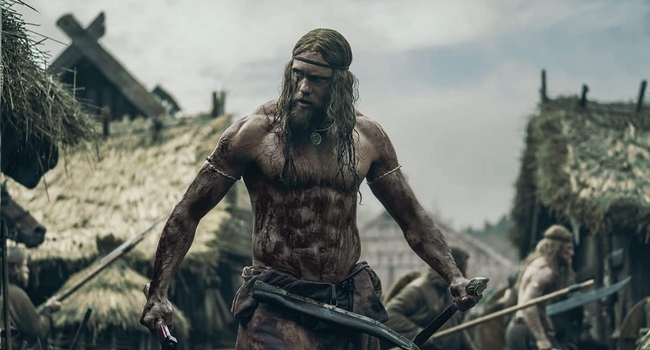 An amazing all-star cast came together for “Ziegfeld Girl” (1947), the classic drama about love and fame, set against the backdrop of the legendary Ziegfeld Follies. Judy Garland, Lana Turner, and Hedy Lamarr — three of the screen’s most glamorous leading ladies — star with James Stewart as young hopefuls seeking fame as a Ziegfeld Girl. Garland portrays Susan Gallagher, who leaves her vaudevillian father to climb the ladder of stardom. Turner portrays Sheila Regan who drops her loyal beau Gilbert Young (James Stewart) for a wealthy suitor, forcing Young to resort to bootlegging to earn the money to win Sheila back, and Hedy Lamarr is the exotic Sandra Kolter, whose quest for stardom nearly destroys her marriage to the struggling violinist who adores her. Highlighted by spectacular musical sequences staged by the great Busby Berkeley. In a Blu-ray debut from Warner Archive … The TV version of “The Diary of Anne Frank” (1967) starred Diana Devila, Max Van Sydow, Viveca Lindfors, Lilli Palmer, Theodore Bikel and Donald Pleasance. The story is based on a stageplay which was in turn based on the actual diary of Anne Frank, whose family went into hiding in Nazi-occupied Holland in 1942, sharing a very small space with several others. We watch her grow up in this claustrophobic setting, starting at age 13 and spending more than two years there until the group was discovered. From Liberation Hall/MVD Visual … Following a world premiere at the San Francisco International Film Festival and a limited theatrical run in 2010, Peaches Christ’s “All About Evil” (2010) disappeared underground for years, becoming the stuff of legend. Now, the demented, blood-splattered classic is back for good, courtesy of a June 10 special edition Blu-ray release from Severin Films and a North American streaming release on Shudder June 13. A mousy librarian inherits her father’s beloved but failing old movie house. In order to save the family business she discovers her inner serial killer – and a legion of rabid gore fans – when she starts turning out a series of grisly shorts. What her fans don’t realize yet is that the murders in the movies are all too real. “All About Evil” combines a wildly imaginative script with eye-popping buckets of blood. The film is anchored by a first-class cast: Natasha Lyonne as the mad projectionist, Thomas Dekke, Cassandra Peterson (Elvira: Mistress of the Dark), Mink Stole, Noah Segan. On Blu-ray June 10 from Severin Films. Read more here … In “The Living Dead at Manchester Morgue (Special Edition)(aka Let Sleeping Corpses Lie)” (1975 — Spain/Italy), starring Ray Lovelock, Christine Galbo and Arthur Kennedy, a strange twist of fate brings two young travelers, George (Lovelock) and Edna (Galbo), to a small town where an experimental agricultural machine may be bringing the dead back to life! As zombies infest the area and attack the living, a bullheaded detective (Kennedy) thinks the couple are Satanists responsible for the local killings. George and Edna have to fight for their lives, and prove their innocence, as they try and stop the impending zombie apocalypse. The film is a gory horror tale from Spanish director Jorge Grau and widely considered to be one of the best zombie films ever made. Beautifully restored in 4K from the original camera negative, with the true original English theatrical mono mix and the real opening and closing credit sequences intact. On Blu-ray from Synapse Films … Michael Powell and Emeric Pressburger created a phantasmagoric marriage of cinema and opera in “The Tales of Hoffmann” (1951), a one-of-a-kind take on the classic story. In Jacques Offenbach’s fantasy opera “The Tales of Hoffmann,” a poet dreams of three women — a mechanical performing doll, a bejeweled siren, and the consumptive daughter of a famous composer — all of whom break his heart in different ways. Powell and Pressburger’s feverishly romantic adaptation is a feast of music, dance, and visual effects, and one of the most exhilarating opera films ever produced. In a Blu-ray debut from The Criterion Collection. Read more here … The Fabulous Baker Boys” (1989) stars Jeff Bridges, Michelle Pfeiffer and Beau Bridges in a tale about sibling musicians and the sultry singer who leads them to success. Jack (Jeff) and Frank (Beau) Baker are stuck in a rut. Playing the same tired tunes night after night, the brothers are in desperate need of change. So when they meet a sultry songbird named Susie Diamond, their future starts to sparkle. But when life in the limelight brings old rivalries to the surface and as Jack and Susie’s relationship heats up, the Baker boys soon find their act – and their lives – growing more entertaining than either of them may be able to handle. In a Blu-ray collector’s edition from MVD Rewind Collection. Eraser: Reborn” (2022), starring Dominic Sherwood, Jacky Lai, McKinley Belcher III and Eddie Ramos, is a reboot of the 1996 blockbuster; the all-new action-packed film follows US Marshal Mason Pollard, a specialist in engineering the fake deaths of witnesses that need to leave no trace of their existence. With the technological advances of the last 25 years, the game has upgraded, and it’s just another day at the office when he’s assigned to Rina Kimura, a crime boss’ wife who’s decided to turn state’s evidence. As the two flee to Cape Town, South Africa, with a team of merciless assassins on their trail, Pollard discovers he’s been set up. On DVD, Blu-ray, from Warner Bros … In “The Contractor” (2022) Chris Pine stars as Special Forces Sergeant James Harper, who is involuntarily discharged from the Army and cut-off from his pension. In debt, out of options and desperate to provide for his family, Harper contracts with a private underground military force. When the very first assignment goes awry, the elite soldier finds himself hunted and on the run, caught in a dangerous conspiracy and fighting to stay alive. Co-stars Ben Foster, Gillian Jacobs, Eddie Marsan, JD Pardo, Florian Munteanu and Kiefer Sutherland. On DVD, Blu-ray, from Paramount … “Fortress: Sniper’s Eye” (2022) is a cyber-thriller that continues the adventure begun in “Fortress” (2021). Weeks after the deadly assault on Fortress Camp, Robert (Bruce Willis) makes a daring rescue to save Sasha, the widow of his old nemesis, Balzary (Chad Michael Murray). But back in the camp’s command bunker, it appears Sasha may have devious plans of her own, and as a new attack breaks out, Robert is confronted with a familiar face he thought he’d never see again. On DVD, Blu-ray, from Lionsgate. Read more here … In “Ultrasound” (2022), starring Vincent Kartheiser, Chelsea Lopez and Breeda Wool, after his car breaks down, Glen spends one hell of an odd night with a married couple, setting into motion a chain of events that alter their lives plus those of several random strangers forever. From agnolia Home Entertainment Magnet Label. Read more here.

Though featuring the Shaw Brothers custom brand of martial arts mayhem, “Human Lanterns” (1982 — Hong Kong), starring Tony Liu, Kuan Tai Chen, Lieh Lo and Linda Chu, also taps into the early 80s craze for the American slasher film and the earlier Hammer horrors by providing a grisly take on the serial killer feature in an inimitable Hong Kong style. When an unbalanced craftsman decides to get revenge on two Kung Fu masters by creating special lanterns constructed from the human skin of their dead relatives, all hell breaks loose in this gruesome tale of bloody retribution. Taking its inspiration from movies like “Psycho” and real cases like Ed Gein, “Human Lanterns” is clearly not for the faint-hearted with its over the top gore and sadistic qualities but this slice of darker than dark fantasy still manages to be both wonderfully horrible and impressively entertaining. On Blu-ray from 88 Films/MVD Visual … In “Compartment No. 6” (2021 — Finland, Russia), a young Finnish woman escapes an enigmatic love affair in Moscow by boarding a train to the arctic port of Murmansk. Forced to share the long ride and a tiny sleeping car with a Russian miner, the unexpected encounter leads the occupants of compartment no. 6 to face the truth about their own yearning for human connection. On DVD, Blu-ray, from Sony. Read more here.

Kids can practice healthy habits with everyone’s favorite furry friend, Elmo, in “Potty Time Plus: Getting Ready with Elmo” (2022). From potty time to bath time to bedtime, little ones have the best time singing, playing, and laughing with friends from Sesame Street. Special celebrity guest stars Stephen and Ayesha Curry also join in on the fun as they swing by the neighborhood. The best-selling and family favorite “Elmo’s Potty Time” has been updated in the new “Potty Time Plus: Getting Ready with Elmo” and now consists of even more important daily routines, collecting two hours of fun and learning for children to enjoy. DVD copies will also include a “My Potty Time Chart” to guide kids and families in the steps of their potty-training journey. From Sesame Street/Shout! Factory.

“History’s Greatest Mysteries: Seasons One & Two” (2020-21) is a four-disc set with all 11 episodes. Hosted by Laurence Fishburne, the series explores the most popular theories surrounding the world’s most elusive unsolved mysteries. From deaths and disappearances of famous figures to buried treasures and alleged government cover-ups, each episode of the first two seasons of this docuseries features interviews with renowned historians, scientists, and researches, as they examine long-held explanations for these paradoxical events. From Lionsgate.