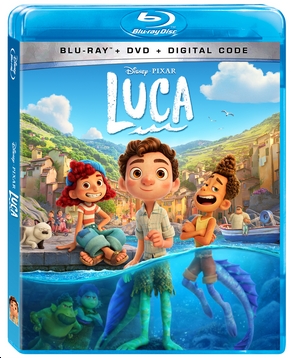 This Summer, Embark on a Fun-Filled Adventure of Friendship on the Italian Riviera When Disney and Pixar’s ‘Luca’ Splashes Onto

Escape to the beautiful Italian seaside town of Portorosso when Disney and Pixar’s “Luca” arrives on digital, 4K Ultra HD™, Blu-ray™ and DVD on Aug. 3. The release touts a variety of bonus features including never-before-seen featurettes, deleted scenes and two alternate openings.

Set in a seaside town on the Italian Riviera, Disney and Pixar’s “Luca” is a coming-of-age story about a young boy experiencing an unforgettable summer. Luca shares his amazing adventures with his friend Alberto, but their fun is threatened by a deeply held secret: They’re sea monsters from a world below the water’s surface.

‘A Decent Home’ Gets Built on Digital Oct. 25