“Arguably the most important
European director of her generation.” 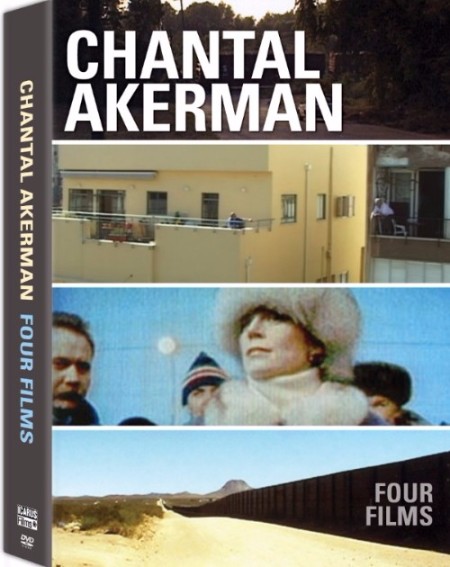 “A heedlessly individual voice.”
—The A.V. Club
Out on Home Video and DVD on March 29, 2016!
Among the many films that Chantal Akerman (1955–2015) made over forty years, four documentaries stand out. Beginning with From the East, filmed across Eastern Europe after the fall of the Berlin Wall, through South and From the Other Side, two films in the United States as relevant and impactful today as when first released, to her epistolary Down There from Tel Aviv (released for the first time in North America), Akerman’s documentaries combine her formal discipline with engagement and empathy.
On a fifth disc is Chantal Akerman, From Here, an hour-long conversation with Akerman about her entire body of work. Candidly assessing her successes and failures, an image emerges of a woman assured,  idiosyncratic, with remarkable intellectual clarity and an ethical commitment to making films in which the viewer can “feel the time passing by in your own body,” because, she says, “that is the only thing you have: time.”
A 12-page booklet with new essays by Jonathan Rosenbaum and Amy Taubin are included in this five-disc box set release.
“Daring, uncompromising and in all ways radical.”
—Toronto International Film Festival

Disc 1: FROM THE EAST (110 minutes, 1993)
A journey from the end of summer to deepest winter, from East Germany across Poland and the Baltics, to Moscow.“One of Akerman’s best films.” —Jonathan Rosenbaum, Chicago Reader

Disc 2: SOUTH (70 minutes, 1999)
The heart of this journey is the brutal murder of James Byrd, Jr. in Jasper, Texas. But this is not an anatomy of his murder; rather, it is an evocation of how this event fits into a landscape and climate as mental as it is physical.

“Conjures the ghosts of the hate crimes and lynchings that have plagued that part of the U.S. for decades. [SOUTH] makes its sorrowful points succinctly.” —Variety

Disc 3: FROM THE OTHER SIDE (99 minutes, 2002)
With technology developed for the military, the INS has stemmed the flow of illegal immigration in San Diego. But for the desperate, there are still the dangerous deserts of Arizona.

Disc 4: DOWN THERE (78 minutes, 2006)
First time released in the U.S. and on DVD, only available in this box set!
Akerman spends a brief period on her own in an apartment by the sea in Tel Aviv, contemplating her family, her Jewish identity and her childhood.

“Fragile and most powerful of [Akerman’s] works.” —Film Comment

Disc 5: CHANTAL AKERMAN, FROM HERE (62 minutes, 2010)
An hour-long, single-shot conversation with Belgian filmmaker Chantal Akerman about her films and her directorial philosophy.

“Akerman was, simultaneously, a documentarian and a narrative filmmaker; a maker of comedies and films of existential horror; a dry, minimalist filmmaker and one who made films full of song, laughter, and joy.”
—CinemaScope 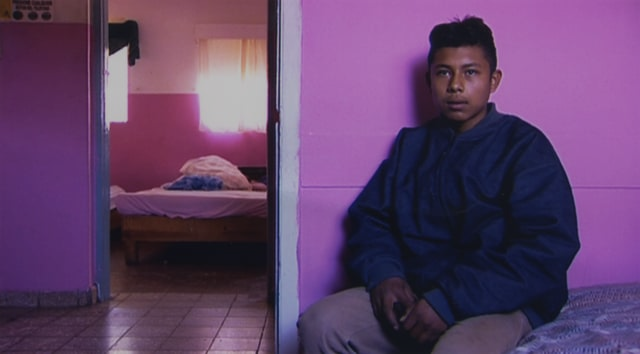 Trailer: From the Other Side 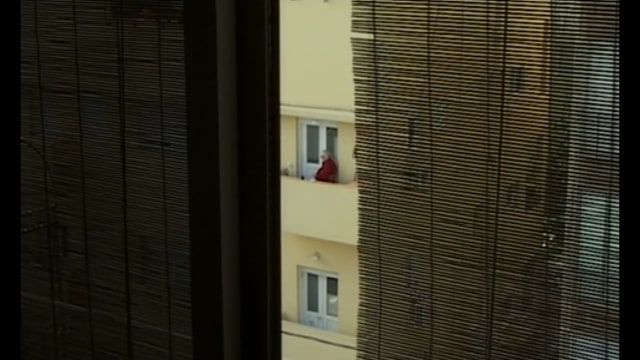 Excerpt: Down There (Là-Bas) 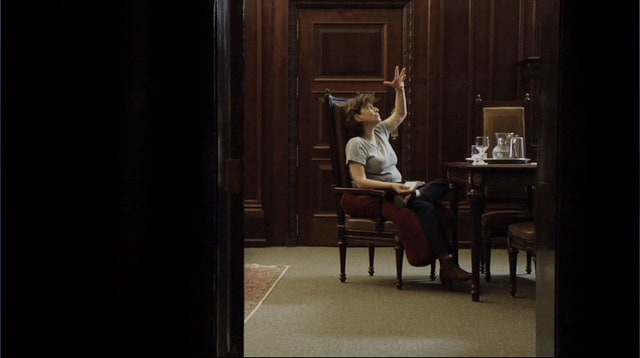