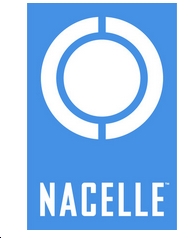 Written and directed by Chris Hansen, the film follows the relationship of Noah and Madison, artists who want to change the world. They begin their marriage as most couples do – sure that love will solve all problems and overcome all hurdles that could be thrown at them. But they learn that marriage isn’t all about the great times. It’s also about the arguments over petty stuff and bigger stuff, and the longstanding resentments that can wear away at the strongest of unions. 7 Short Films About (Our) Marriage tells a story of raw authenticity in seven episodes spanning fourteen years of marriage as two people who love each other reckon with racism, career challenges, medical issues, and more.

“When I set out to make this film, my primary goal was raw authenticity. I wanted to make a movie that was the story of one marriage but was also an authentic look at what most marriages face – the moments, big and small, that bind a couple together or drive them apart,” said Chris Hansen.

‘Cut Off’ Gets Brutal on Digital July 3

‘The Traitor’ Tells All on Digital, Disc May 12