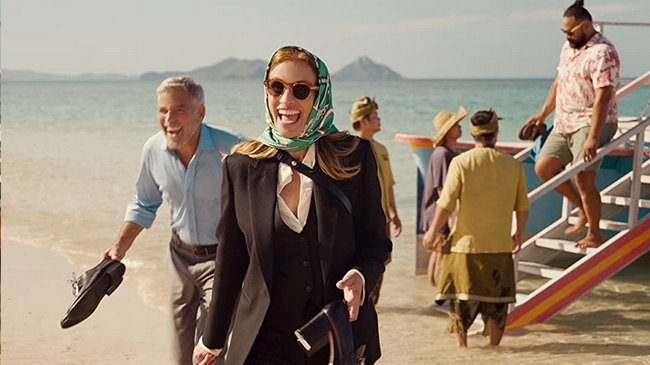 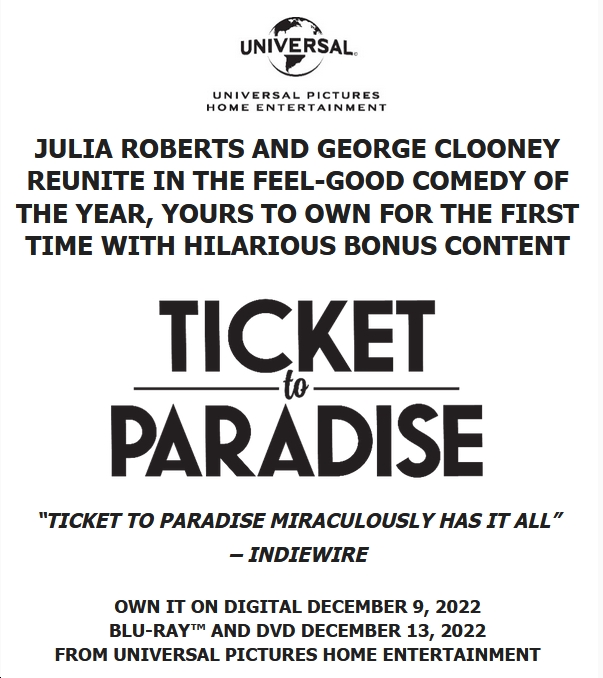 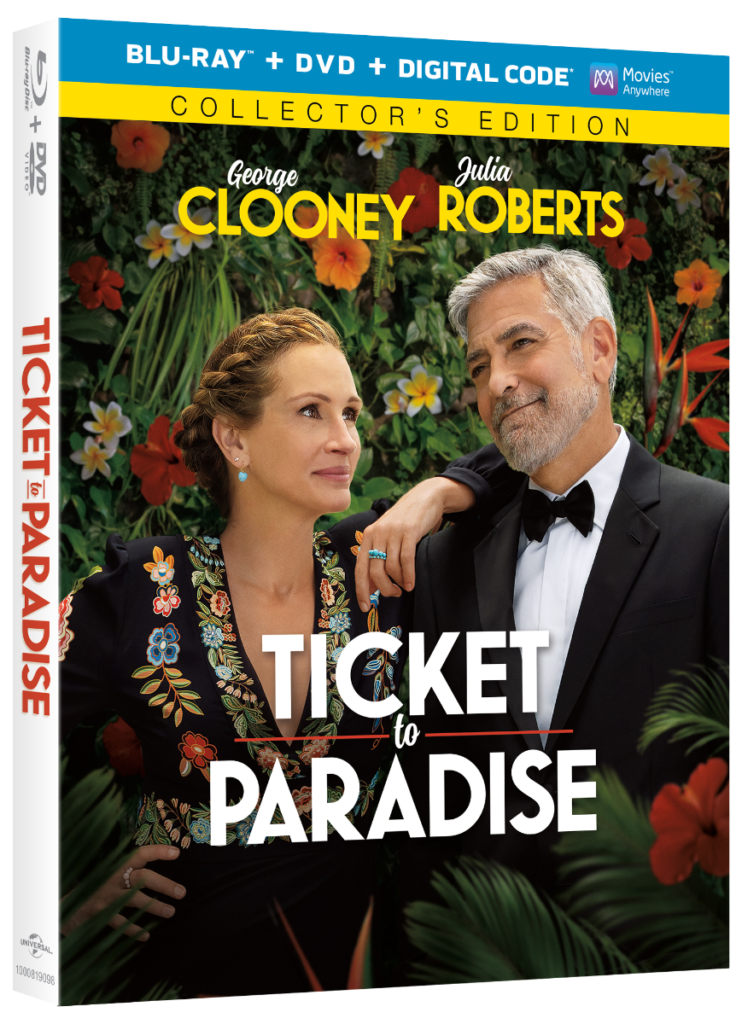 Escape to tropical paradise with two of the world’s most celebrated and beloved movie stars. Academy Award® winners Julia Roberts (Pretty Woman, My Best Friend’s Wedding) and George Clooney (Ocean’s Franchise, Good Night, and Good Luck.) charm in the hilariously sharp and sweet comedy TICKET TO PARADISE, available to own with laugh-out-loud bonus content on Digital December 9, 2022 as well as on Blu-ray™ and DVD December 13, 2022 from Universal Pictures Home Entertainment. Enjoy the film for the first time with exclusive behind-the-scenes featurettes showcasing even more hysterical hijinks with Roberts, Clooney and the rest of the cast, and take a peek into the filming process.

Academy Award® winners George Clooney and Julia Roberts team up as exes who find themselves on a shared mission: to stop their lovestruck daughter from making the same mistake they once made. Ticket to Paradise is a romantic comedy about the sweet surprise of second chances.

The film is also available to stream on Peacock on December 9, 2022.

5 Ways to Better Manage Your Bankroll at Online Casinos