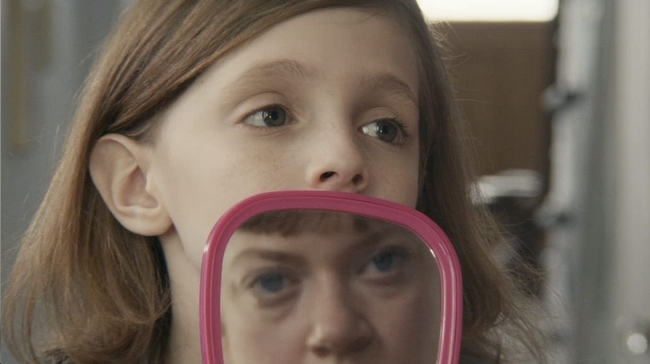 In an award winning role, Colby Minifie (The Boys) stars as Melanie, in this lighthearted, body transfer comedy, expanded from Joseph Sackett’s 2018 short I Was in Your Blood. Young Johnny, played beautifully by young actor Tre Ryder (The Magnificent Meyersons), discovers a YouTube video that teaches him how to send his spirit out of his body and into his beloved babysitter Melanie. The pressures of pretending to be someone else can stack up fast!  in her body Johnny can see through her eyes and operate her from the inside out. Johnny-as-Melanie plays dress-up, buys obscene amounts of candy, and has awkward run-ins with her friends, clients and partners.

Homebody is the directorial feature debut for Sackett, one of Filmmaker Magazine’s “25 New Faces of Independent Film,” whose shorts have screened in competition from Slamdance to Cannes. Premiering at Outfest, where it won the Emerging Talent Award, it has screened at many other festivals including Cleveland International, Milwaukee, New Hampshire, and won Best First Feature at Inside Out 2SLGBTQ+ Toronto.  The film also stars Maria Dizzia (Martha Marcy May Marlene), Zoe Chao (The Afterparty), and Whitmer Thomas (The Civil Dead).

“As clever as it is sweet, Homebody is a progressively modern riff on movies like Big or Being John Malkovich,” says Aaron Hillis, Director of Programming at Cinedigm. “Subverting the familiar high-concept plot of a body-swap comedy, filmmaker Joseph Sackett and his cast have created something hip, fun and proudly queer.”

“A tender-hearted comedy with a deep understanding of what it feels like to be a child.  Colby Minifie is impressive in the dual role. – Eye For Film“Hilarious and touching!” – The Hollywood Times