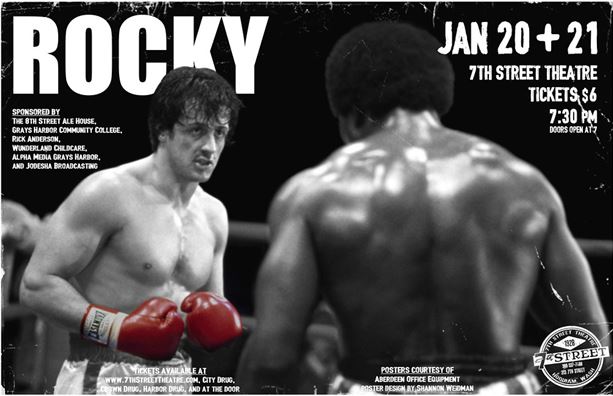 Sports movies are quite special in that they are some of the most inspirational films ever made. Everyone loves a good underdog story and most, if not all, sports movies are about people who beat the odds.

When it comes to the greatest sports movie ever made, it’s quite difficult to make a pick. But this list will attempt to give a shout-out to five of the best.

Space Jam was a major hit and is still being watched all over simply because it presented never-before-seen access to the most famous man in the world at the time of its release. Michael Jordan remains an icon years after leaving the game of basketball and his shoe sales alone support the notion. The former Chicago Bulls and Washington Wizards superstar has captivated generations with his otherworldly feats on the court and is considered to be the greatest player of all time by many. He’s also named as one of the best athletes in the history of sports.

The movie, which was released in 1996, had Jordan team up with the Looney Tunes squad, leading the charge while the likes of Bugs Bunny, Daffy Duck, Porky Pig, etc. help save their world from aliens.

Space Jam has since been remade, with LeBron James starring in the sequel but it isn’t considered to be nearly as good as the original.

“Because LeBron is a nice guy, I’m going to try to be a nice guy today and give his new movie a C,” sports analyst Skip Bayless said after watching. “To me, the new ‘Space Jam’ is no closer to the original than LeBron is to Michael Jordan the basketball player. … I think he lost badly once again to Michael Jordan in this movie.”

Certainly the best boxing movie of all time, Rocky (1976) introduced the world to Sylvester Stallone and he has been a star ever since. It’s said that Stallone wrote the script for the movie while homeless and that in itself is as inspirational as it gets.

The New York native plays Rocky Balboa, a small-time Philadelphia boxer given the opportunity to fight the heavyweight champion. While it’s mainly a boxing movie, Rocky is more about the personal life and growth of one of the most legendary characters ever. That it has so many sequels is simply a testament to how good the movie was. The newer Creed series starring Michael B. Jordan is also a spinoff to this classic.

Bull Durham (1988), starring Kevin Costner, is one of the most realistic baseball movies to ever hit the big screen, and its games could have probably snuck onto odds websites simply based on the realism. Costner plays Crash Davis, a minor league veteran appointed as the trainer of a promising rookie pitcher (Tim Robbins). The two become part of a love triangle with a baseball groupie played by Susan Sarandon.

The plot is understood to be based on the real-life minor league experiences of writer and director Ron Shelton, which is why it seemed as close to real as possible. Shelton got an Oscar nomination for the screenplay.

Bull Durham is considered to be the fifth-best sports movie and 97th funniest film by the American Film Institute.

“Bull Durham is a treasure of a movie because it knows so much about baseball and so little about love,” renowned movie critic Roger Ebert writes. “The movie is a completely unrealistic romantic fantasy, and in the real world, the delicate little balancing act of these three people would crash into pieces. But this is a movie, and so we want to believe in love, and we want to believe that once in a while lovers can get a break from fate.” 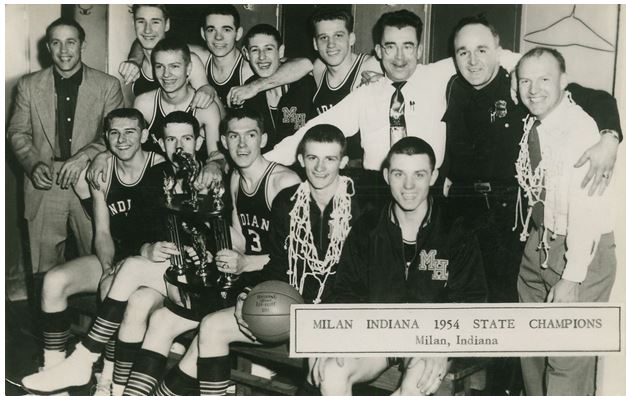 Another basketball film, Hoosiers (1986) is based on the story of the 1954 Milan (Indiana) High School team and its coach, Norman Dale, a mysterious and combative character with a questionable past. Dale turned out to be one of Gene Hackman’s best movie roles.

Hoosiers, also known as Best Shot, is thought to be one of the greatest sports movies ever made and ranked fourth-best sports movie by the American Film Institute, which also rates it the 13th-most inspirational movie of all time. The story told is quite a feel-good one as it presents redemption, passion, and a never-say-die attitude.

Martin Scorsese planned for Raging Bull (1980) to be his last big movie but that clearly did not turn out to be. He has directed several top movies since then, including The Irishman from 2019 but claims to have made the film as if it was the end of his life.

Had Raging Bull really been his final film, it would have been a great sendoff. The movie, considered to be a national treasure, tells the unfortunate story of world middleweight boxing champion Jake LaMotta. As he likes to do, Scorsese had Robert De Niro and Joe Pesci involved. The latter made his acting debut as the brother of Jake, played by De Niro, who does a typically fantastic job.