The soundtrack for a movie is more than just a collection of songs. Music is linked to a movie to help elevate scenes or to add tension. Incidental music can help forewarn of an event or to build up expectation, and a powerful song can push a feel-good moment up a notch.

Occasionally, the soundtrack to a movie is actually better than the film itself and of course, the reverse can be true also. Then 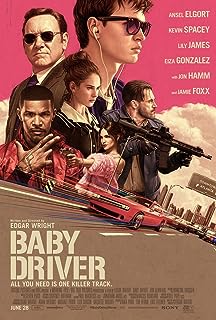 there are movies where the film and the soundtrack couldn’t exist without each other: Films such as After So Many Days, the well-received movie about a couple performing their music live every single day for a year.

A good soundtrack will be a collection of songs picked to match certain moments, such as Baby Driver, or almost any John Hughes movie, or they will be original compositions that accompany the film as it unfolds on-screen, like those by Danny Elfman, for instance.

There are many different genres but here are some of the best guitar-based soundtracks available.

Any gangster movie by Martin Scorsese

It could be deemed a little lazy to not pick one particular soundtrack but as Scorsese has used the same songs multiple times across different productions it seems somehow fair.

“Gimme Shelter” has been used no less than three times by Scorsese: in The Departed, Casino, and GoodFellas. It would appear the legendary filmmaker has somewhat of a love affair not only with The Rolling Stones but guitar-based pop and rock in general.

While Scorsese movies — gangster-inspired ones at least — feature a lot of doo-wop, it is clear he is a big fan of the guitar with Cream, Derek and the Dominos, The Animals, The Stones, and Muddy Waters, to name just a few, appearing on his movie soundtracks. 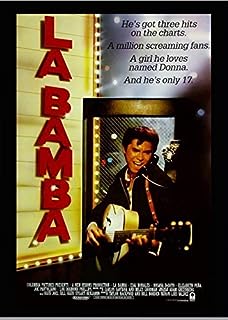 he tragic tale of Ritchie Valens was brought to life by Lou Diamond Phillips as the ill-fated rock-‘n’-roller, with cover music by Los Lobos. Although the movie soundtrack was largely full of covers of the music of that era, it is still a fine example of a guitar-based soundtrack. Perhaps wary of royalty fees, the producers decided to have Los Lobos cover most of the tracks; however, there is a stand-out moment from Bo Diddley with “Who Do You Love.”

The Beatles with Help! or A Hard Day’s Night

Another band who enjoyed success with covers before finding their own voices and compositions, and then worldwide fame, was The Beatles.

A Hard Day’s Night is held in high regard in the world of musicals and is often voted by fans and critics alike as one of the best ever. On Rotten Tomatoes it holds fourth place on the best musicals of all time, ahead of La La Land and in the same company as Singin’ in the Rain and The Wizard of Oz.

When John Lennon first started learning guitar his mother taught him some banjo chords to start him off. George largely taught himself e chord guitar and the other basic chords before moving forward and becoming the player so many millions loved.

ot only is the film one of the ultimate Generation-X, coming-of-age, indie, slacker movies ever, it also has possibly the best guitar-based soundtrack.

Richard Linklater’s movie revolves around a group of teenagers coming to terms with the onset of adulthood as the last day of school plays out. It has extremely well-rounded characters that many viewers found they could relate to and it also has an amazing soundtrack.

For anyone who loves guitar and rock, this soundtrack has put together a bundle of favorites including Alice Cooper, Peter Frampton, War, ZZ Top, Aerosmith, Deep Purple, and The Runaways with “Cherry Bomb.”

While on the subject of The Runaways, the movie about the first all-girl band ever also came with a great soundtrack. While it curiously has only a few Runaways’ songs on the album, it does have a host of other artists from around that era including Suzi Quatro, David Bowie, The Stooges, The Sex Pistols, and Mc5.

“Cherry Bomb,” the song that started it all, is featured on the soundtrack but it is performed by Dakota Fanning rather than The Runaways. While not the best soundtrack ever, it is perhaps a curiosity for super-fans of the group.

This is the incredible true story behind two fans’ search for Sixto Rodriguez, an American musician who had apparently disappeared from public view. Rodriguez had enjoyed something of a cult following in South Africa and two fans determined that they were going to find out more about him and where he was in the world.

Although the soundtrack was a commercial success in some regions and is indeed guitar-based, it is here largely because of the film’s unusual source material and story. If you like guitarists and interesting documentaries, then this movie and its accompanying music might be for you.

Soundtracks for documentaries and biopics

Many soundtracks are made for movies such as The Runaways where a band or a singer’s story is told. There are great documentaries such as Guitar Man, the incredible story of Joe Bonamassa, who has more number 1 blues albums than anyone else in history.

Then there is Control, the story of Ian Curtis of Joy Division, Sid and Nancy, about the doomed bassist Sid Vicious from the Sex Pistols and his girlfriend, Bird, Ray, What’s Love Got to Do With It  and many more movies with great soundtracks, but if it is guitar-based music that you enjoy, then perhaps Walk the Line, he Johnny Cash bio, is the best of these.

What is the biggest selling soundtrack ever?

When it comes to the top three best-selling soundtracks, only one could be considered a guitar-based album.

The number one best-selling album is The Bodyguard featuring Whitney Houston among others. The second is Saturday Night Fever from the Bee Gees. And while there are guitars on both these soundtracks, they wouldn’t match what most people define as guitar-based.

At number three, though, is Purple Rain, from the late Prince. Although the artist crossed boundaries musically and was constantly evolving, this album is heavy on guitars — especially in the title track with its long guitar solo. If you want to learn chords like this then you can follow videos on YouTube or use music resources such as Chordify that can lay out music in an easy-to-learn way.

There are many other great guitar soundtracks such as the sometimes mournful Into the Wild by Eddie Vedder, Juno, and if you prefer comedy, School of Rock. Jack Black has been involved in two guitar-heavy movies; Tenacious D in the Pick of Destiny also comes from the actor/musician.

Wayne’s World is an honorable mention as is The Dirt and This Is Spinal Tap. Perhaps the one soundtrack missing here though is Pink Floyd’s The Wall,  a double album of progressive art-rock that for many may be the best movie soundtrack ever.