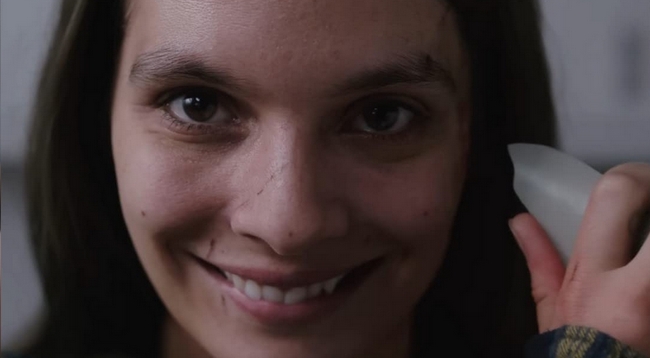 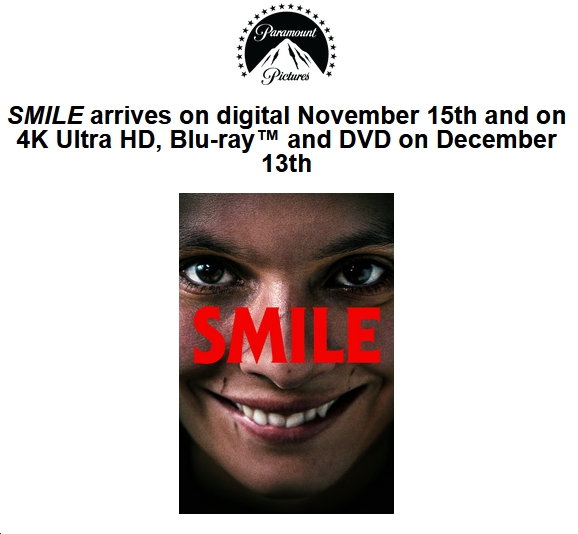 Fans of the terrifying and mind-bending box office smash hit film SMILE can buy it on Digital to watch at home beginning November 15, 2022 from Paramount Home Entertainment.  The film will arrive on 4K Ultra HD, Blu-ray™, and DVD December 13.

The Digital, 4K Ultra HD, and Blu-ray releases come packed with over an hour of heart-pounding bonus content, including the award-winning, chilling short film by writer/director Parker Finn that inspired SMILE.  Face your fears with deleted scares not seen in theatres, go behind the scenes with the cast and crew, then fully immerse yourself in the escalating nightmare with the director’s commentary.  Bonus content is detailed below:

Certified Fresh™ on Rotten Tomatoes®, critics called SMILE “haunting” (Erik Davis, Fandango) and “scary as hell” (Alyse Wax, Collider). The film stars Sosie Bacon as Dr. Rose Cotter who, after witnessing a bizarre, traumatic incident involving a patient, starts experiencing frightening occurrences that she can’t explain. As an overwhelming terror begins taking over her life, Rose must confront her troubling past in order to survive and escape her horrifying new reality.

Released in theaters on September 30, SMILE has earned over $200 million at the worldwide box office, making it the #1 original horror film of the year.

‘Human Factors’ Comes Into Play on Digital May 24