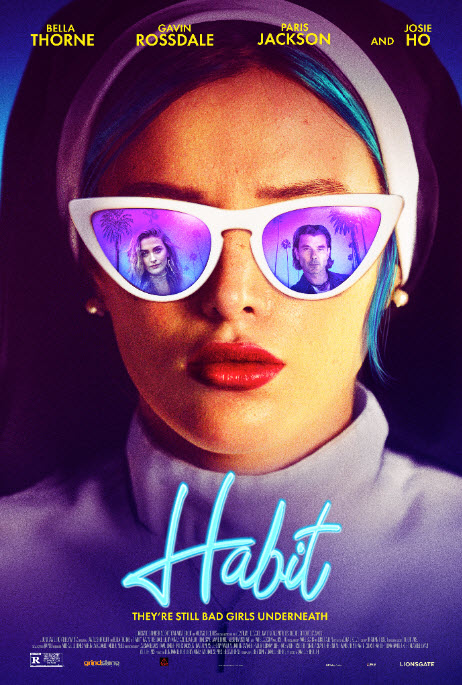 Bella Thorne and Gavin Rossdale star in Lionsgate’s new action thriller HABIT, opening in select theaters and everywhere movies can be rented August 20, and available to own on Blu-ray, DVD and Digital August 24. Also starring Paris Jackson, Josie Ho and Andreja Pejic, HABIT follows a street smart party girl who gets mixed up in a violent drug deal and finds a possible way out by masquerading as a nun.

SYNOPSIS
Reminiscent of early Tarantino, this edgy, outrageous thriller is one
“habit” you’ll want to acquire! The action begins as L.A. party girl Mads (Bella Thorne, The DUFF) gets a gig running drugs for Eric, a washed-up Hollywood star. When their cash gets stolen and Eric is slain by a rival drug lord, Mads and her two sexy BFFs hide out by dressing up as nuns. But in spite of their costumes, these bad girls are no angels. Also stars Paris Jackson, Hana Mae Lee (Pitch Perfect), and Gavin Rossdale (Constantine).