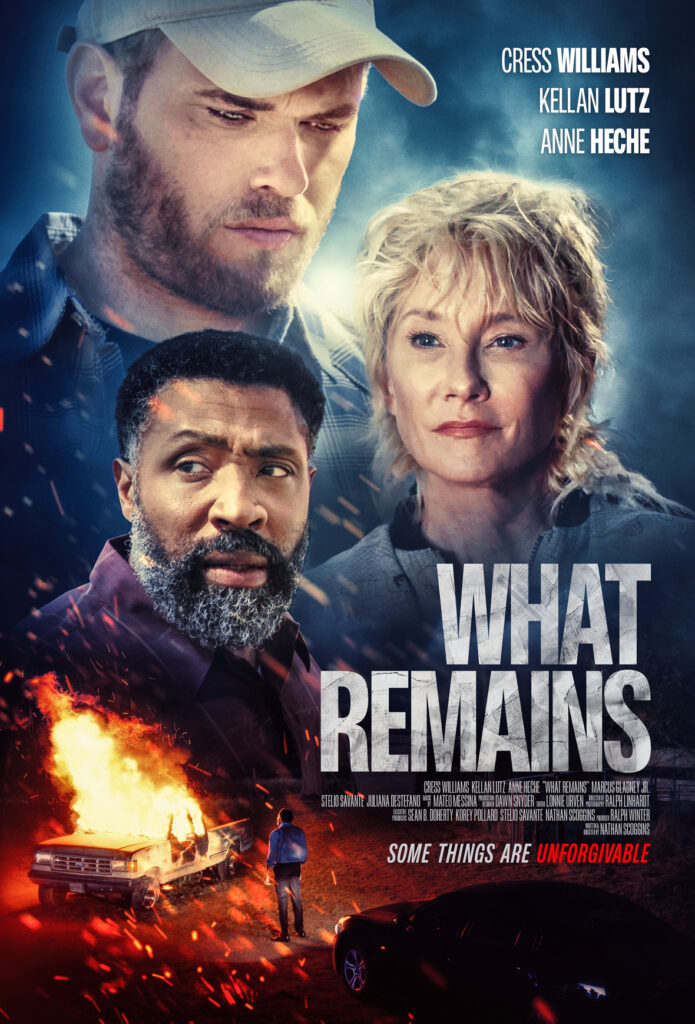 Following a sold-out World Premiere at the Austin Film Festival on October 28, and a competitive bidding situation, domestic distribution rights to murder mystery-thriller WHAT REMAINS have been acquired by Gravitas Ventures, an Anthem Sports & Entertainment company and leading all-rights distributor of independent feature films and documentaries.

WHAT REMAINS stars Kellan Lutz (TWILIGHT), Cress Williams (BLACK LIGHTNING), and Anne Heche (SIX DAYS SEVEN NIGHTS)—in what will be one of the late actress’ final films—and was featured as one of the highlights of the Austin Film Festival. Other films screened during the week included THE WHALE and SAM & KATE.

WHAT REMAINS follows a recently paroled convict (Lutz) who returns to the small town where he murdered the wife of the local pastor (Williams), who is forced to reconcile his pain and anger with forgiveness, while the local sheriff (Heche) investigates another mysterious homicide which may be related. Marcus Gladney Jr. (The Underground Railroad), Stelio Savante (THE CHOSEN, INFIDEL), and Juliana Destefano (SHARK SEASON) round out the key cast.

Nathan Scoggins (THE LEAST OF THESE, THE PERFECT SUMMER, RED LINE) directed WHAT REMAINS from his original screenplay. The film was produced by Ralph Winter, producer of blockbuster movie franchises such as X-MEN, FANTASTIC FOUR, and STAR TREK. Korey Scott Pollard, Sean B. Doherty, Stelio Savante, and Nathan Scoggins served as executive producers and Sean B. Doherty’s Sharpened Iron Studios co-financed the film.