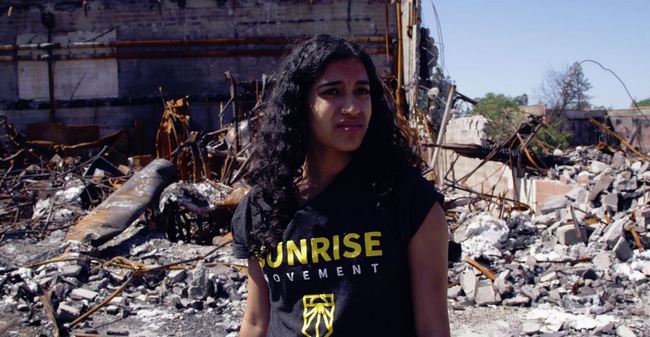 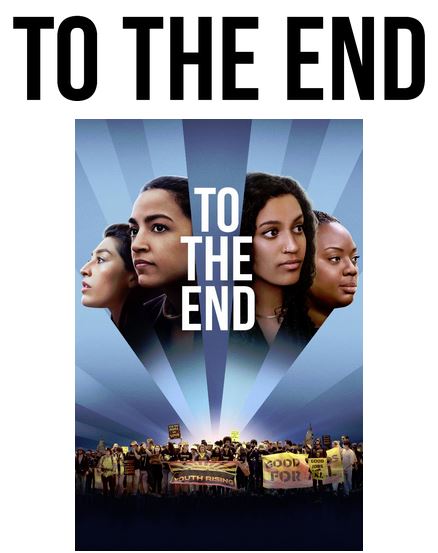 PROGRAM DESCRIPTION
Stopping the climate crisis is a question of political courage, and the clock is ticking. Go behind the scenes and follow four exceptional young women as they fight for a Green New Deal when To the End arrives on Digital and on Demand February 7 from Lionsgate. Directed by Rachel Lears (Knock Down the House), To the End will be available on Electronic Sell-Through for the suggested retail price of $14.99 and Video on Demand for $5.99.

OFFICIAL SYNOPSIS
In this gripping documentary, follow four bold environmental leaders — activist Varshini Prakash, Representative Alexandria Ocasio-Cortez, climate policy writer Rhiana Gunn-Wright, and political strategist Alexandra Rojas — as they traverse the country, fighting to bring climate change and its effect on future generations to the forefront of America’s political debate, and the nation’s consciousness. Filmed over four years of hope and crisis, To the End lifts the veil on the battle for the future of our world, and gives viewers a front-seat view of history in the making.