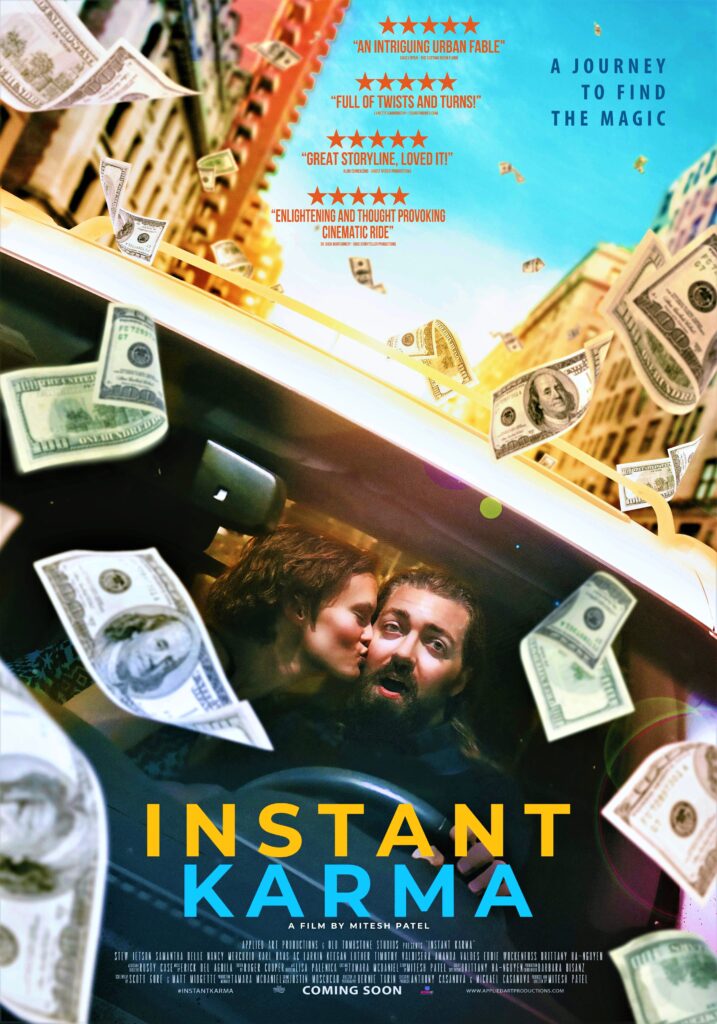 A young man hits rock bottom as a rideshare driver when his car breaks down — but a good deed changes his life when he magically gets new things every day in his car. If he can only figure out what’s causing it.

“Writing and directing a film during the COVID-19 pandemic and the extraordinarily high heat of the Arizona summer were only two of many challenges I faced while filming INSTANT KARMA. I also shot another film called HOUSE OF QUARANTINE under these conditions. These features involved filming mostly outdoors in Arizona when temperatures were reaching 117 degrees. Even filming at night did not provide much relief to the cast and crew since the temperatures were still in the 90’s.

“Instant Karma is about relatable characters who find themselves in a fantastical situation where good luck – or instant karma – comes into play, and how they deal with it, leading to some outlandish plot developments that I think anyone watching will find entertaining and exciting. It’s meant to be a feel-good film with a story that we’ve all sort of wished we’d lived through ourselves at some point in our daydreams.”

“The film had multiple locations around the city which involved getting permits and insurance but added so much depth to this film. But most of all, I had a fantastic group of lead actors who brought the film to life. They were easy to direct and helped to make this film look amazing.”