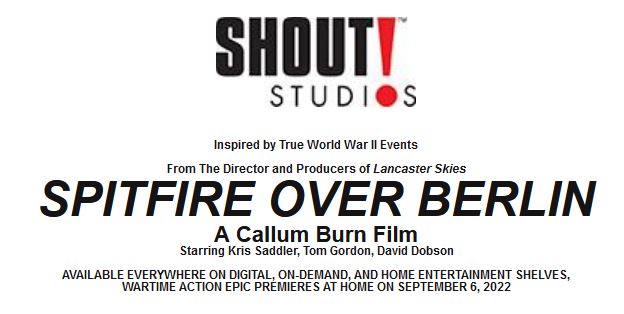 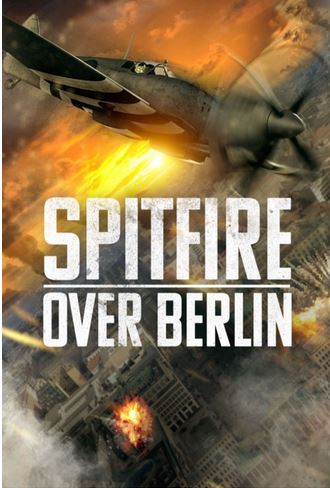 This fall, brace yourself for the extraordinary story of one heroic pilot on a deadly mission to save thousands of lives over the skies of Berlin when the enthralling wartime action epic SPITFIRE OVER BERLIN, directed by Callum Burn (Lancaster Skies, Battle Over Britain) and starring Kris Saddler (ITV sitcom Kate & Koji, Await for Instructions), Tom Gordon (The Black Cab, Lancaster Skies), and David Dobson (Lancaster Skies, The Drift), unleashes on digital, VOD, and home entertainment shelves everywhere for watch-at-home on September 6, 2022 from Shout! Studios. The Blu-ray™ and DVD will be available in stores at Walmart and other fine retailers on the same day. Featuring breathtaking aerial footage and a viscerally engaging tale of bravery, heroism, and heart-stopping suspense, SPITFIRE OVER BERLIN is a cinematic spectacle you cannot miss.

August 1944. With the American Eighth Air Force poised to strike over Nazi Germany, British Intelligence learns that they could be flying into a deadly trap. With only hours to spare, Flight Lieutenant Edward Barnes must fly a life and death mission over Berlin in his unarmed Spitfire to obtain photographic evidence and save the lives of 1200 Airmen.