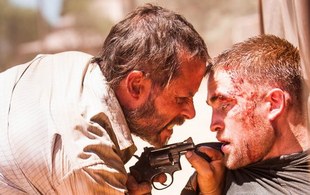 This overlooked gem is a gritty and violent drama set 10 years after a global economic collapse where food and gasoline are expensive and life is cheap. The film follows hardened loner Eric (Guy Pearce) as he travels the desolate towns and roads of the Australian outback, causing no trouble until a gang of three thieves — who have just robbed a dusty outpost and murdered the inhabitants — steals his car, a Rover, to make their getaway. Eric takes off after them in another vehicle, along the way capturing — and saving — the wounded brother (Robert Pattinson) of one of the robbers, who was left behind in the escape. Eric forces him to help him track down the trio, along the way encountering a bevy of misfits, oddballs and miscreants as he seeks his beloved car, the one thing that still matters to him. Unlike other post-apocalyptic thrillers, there’s no zombies, vampires or “Mad Max”-type villains, just the slow disintegration of society and human values as nihilism and the worst impulses of human nature come to the fore. Michod paints a balmy, sun-drenched wasteland with leisurely strokes punctuated by bursts of danger and violence. If you’re used to a “Jack Irish,” “The King’s Speech” or a “Mildred Pierce”-Guy Pearce, you’re in for a pleasant surprise here as the U.K.-born, Aussie-raised actor becomes a Down Under “Man With No Name.” Extras: “Something Elemental: Making the Rover.” Vitals: Director: David Michod. Stars: Guy Pearce, Robert Pattinson, Scoot McNairy, Tawanda Manyimo, David Field, Richard Green, Ben Armer, Gillian Jones. 2014, CC, MPAA rating: R, 103 min., Action-Drama, Box office gross: $1.089 million, Lionsgate.