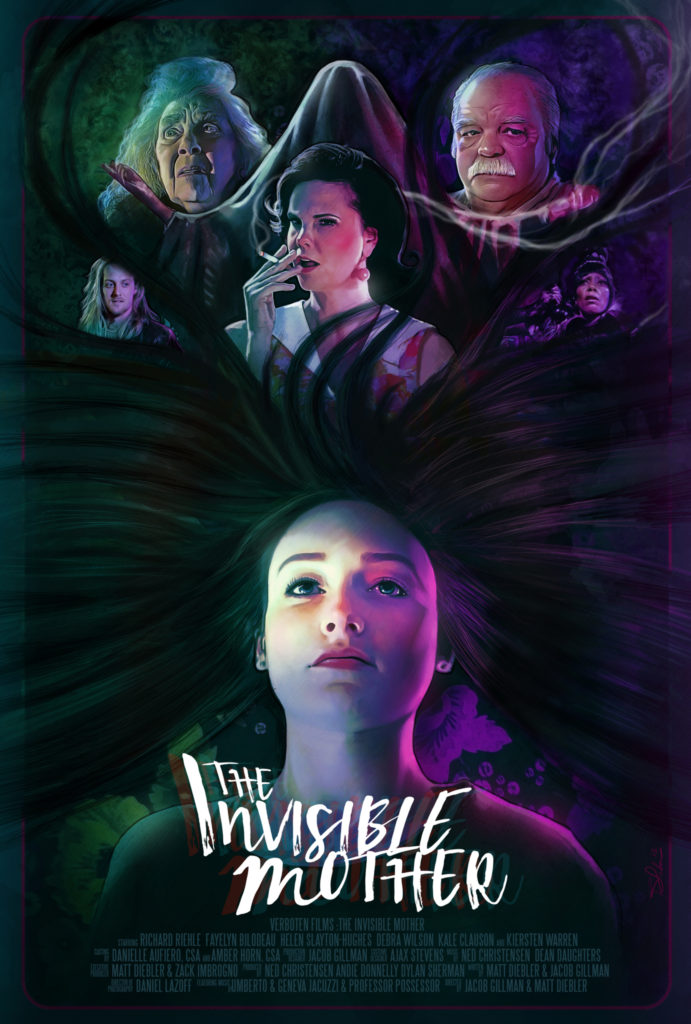 THE INVISIBLE MOTHER tells the story of a lesbian stoner, Marcy, and her grandparents, being tormented by the psychedelic spirits of an old photo album. Marcy returns to her grandparents’ home to find a hell of surreal ghosts and psychedelic visions, and Marcy must un-blur the lines of reality to save her family. In this color-saturated psychedelic thriller, Marcy, having initially dismissed these visions as part of her grandmother’s dementia, quickly succumbs to horrors of her own, plagued by the warping reality and psychosexual ghosts seeping into her home. But when a deadly entity from a Victorian photograph steals her grandfather in the night, Marcy has no choice but to team up with her eccentric southern belle neighbor, her ice-cream-truck-driving weed dealer, her ailing grandmother, and an enigmatic phone psychic to confront the dark phantasm before everyone she knows is snatched to the deadly bosom of THE INVISIBLE MOTHER.