The recent release of “The Hunger Games” movie has brought in $155 million during its box-office opening, making it the third highest opening-weekend earner ever (and grossing domestically $302 million to date). So what is it about this movie that has got people queuing up en masse to see it? Well, it’s got something that quite a few other successful and not-so-successful movies have: A story line that has people hooked. It’s one that centers around a dystopian future, where people are forced to set upon each other in violent and fatal battles for entertainment value. There was a time, of course, when this type of thing was actually part of a nation’s culture: some 2000 years ago in the era of the Roman Gladiators and the infamous battles to the death in the amphitheaters spread across the Empire.

Not exactly an original idea 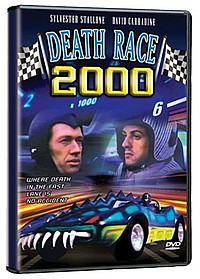 Futuristic battles to the death, set in a post-apocalyptic or de-sensitized world, where a dystopian society regards brutal and murderous violence on television as normal entertainment, have often made for pretty good movies, so it’s no surprise that “The Hunger Games” has done so well. Let’s take a look at some of the other movies that fit the same bill.

Going all the way back to 1975, “Death Race 2000” has become a cult film, and there has even been a remake of the original, which was released in 2008. One of the first films of this genre, in the world of “Death Race 2000” the U.S. has become a fascist police state, the result of a military coup and a financial crisis. The Annual Transcontinental Road Race is the state-controlled entertainment for the public, a race where killing your opponents and any pedestrians that get in the way is rewarded with more points. The same year another film of a similar vein was released, “Rollerball.” In the universe of Rollerball, the world is governed by a corporate state, which controls absolutely everything, from energy and food, to transport. The governing corporation have put in place a violent sport called Rollerball, which replaces all other sports. The matches are televised, with death and injury common sights for the viewers.

One of the most popular movies that involved a televised death match is the 1987 movie “The Running Man.” Starring Arnold Schwarzenegger as Ben Richards, it is set in an American totalitarian state where convicts are given a supposed chance at freedom in a fixed televised game show. Ben is wrongly convicted and forced to fight for his life in a murderous gladiator style game show.

Battle Royale: a little too similar? 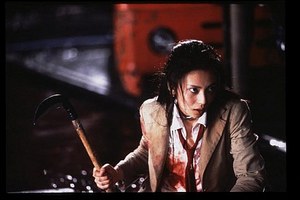 In 2000, the Japanese movie “Battle Royale” was released. Also based on a novel, this movie has one big theme similar to “The Hunger Games” in that children — not adults — are forced to compete in the deadly games. In the world of Battle Royale, children are kidnapped and forced to fight to the death against each other. The groups are given various types of weapons and fitted with a collar that will explode it they don’t comply with the rules. There has been some criticism towards the author of “The Hunger Games,” Suzanne Collins, over the similarity, although she claims to have never of heard of Battle Royale before she wrote her book.

Audiences just want more, and they will have it

In the last few years, there have been a number of movies that fit into the same mold as “The Hunger Games.” 2007 saw the release of “The Condemned,” a movie where prisoners from around the world are purchased and forced to fight each other to the death in order to win back their freedom. The 2009 movie “Gamer” offers a different take on the death match idea. Instead on being of a television show, the death match takes place within an interactive game controlled by the public, and all the people in the deadly game are real people under somebody else’s control.

It seems there is no let-up in the amount of movies that use this ancient desire for blood, just like back in the days of the Roman Empire. In fact, the author of “The Hunger Games” has already written two more books that follow on from her first. The follow-on novel to “The Hunger Games,” called “Catching Fire,” is already being made into a movie, and is due to be released in November next year.