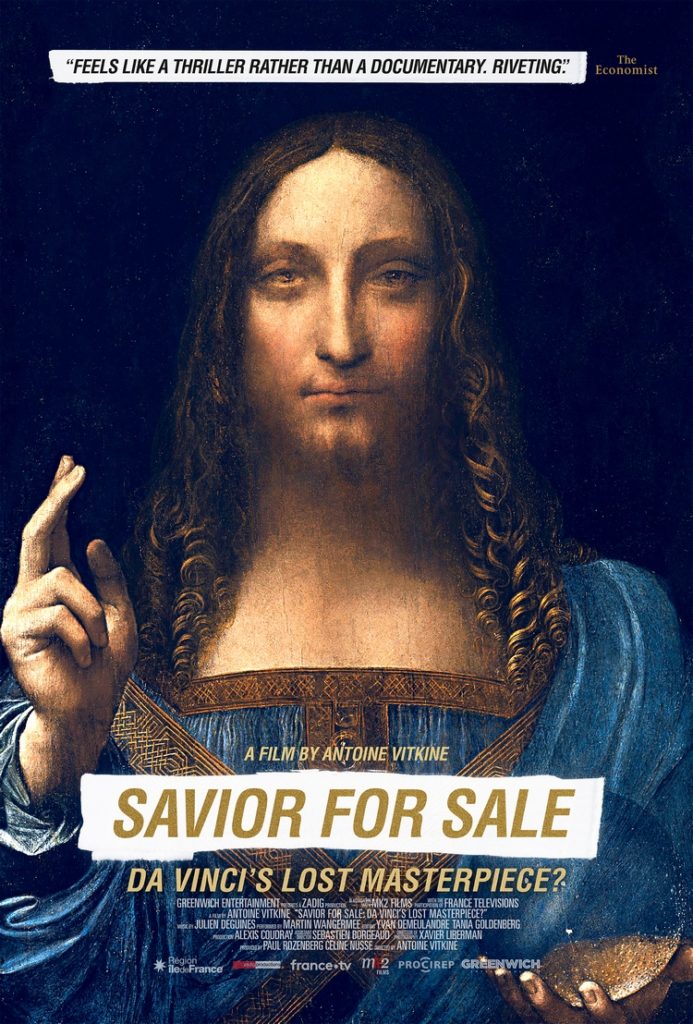 A modern tale of globalization, Savior for Sale delves into the unknown secrets of the art world and explores the influence that one painting can exert on personal and geopolitical interests.  The documentary weaves links between the auction houses of New York, a revered da Vinci expert, an opportunistic Swiss go-between, a Russian oligarch, the Louvre in Paris and an Arabian prince.  An astonishing journey on the hidden trails of money, power and deception behind this questionable masterpiece.

After mysteriously reappearing, the painting titled Salvator Mundi (The Savior of the World) was sold at Christie’s for a record $450 million in 2017. Attributed to Leonardo da Vinci after its discovery, what became the most expensive piece of art ever has unleashed passions while revealing the excesses of our time. But is it really the work of the Italian genius, or one of the greatest scams in the history of art?  Vitkine’s film created a media sensation as the first investigation into what happened to the painting after being bought by Saudi Arabia and its exclusion from the da Vinci exhibition at the Louvre in 2019.

Savior for Sale: da Vinci’s Lost Masterpiece? has received acclaim from leading international media. Der Spiegel wrote: “No Hollywood director could have chosen such characters better” and called the film “a masterpiece that is entertaining, elegant, revealing.” And The Times said the film features “a cascade of new revelations about the painting.” And The Economist called it “a thriller…riveting.”

“I became interested in the Salvator Mundi while filming a profile of Mohammed Ben Salmane and immediately felt this was an extraordinary story with ramifications beyond the art market,” said director Antoine Vitkine.  “That a head of state, Emmauel Macron, intervened in a scientific debate about a Renaissance painting shows the incredible proportions of this saga and reopened the artistic debate about the painting, which has raged for a decade now and is still not over.  I am thrilled Greenwich is sharing my film and this story with U.S. audiences.”