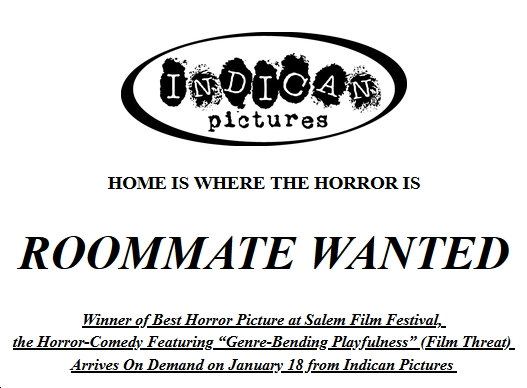 Two young college students, Maria (Angelique Sabrina White, The Windbearers) and Ricky (Ricky Cruz, Mixed Orders), are in desperate need of a roommate after the mysterious death of the previous tenant. After looking far and wide, and sitting through a series of frustrating interviews, they meet a seemingly perfect candidate: the clean-cut, polite and quiet Dean (Jack Shulruff, “Impeachment: American Crime Story ” and “The Walking Dead”). At first glance, Dean seems like the perfect person to share their home with. When he starts behaving oddly, the two quickly discover that Dean has been lying and is a violent, escaped mental patient. As the bodies start piling up, Maria and Ricky find themselves battling the many faces of Dean’s white male rage in a thrilling fight to survive.