“Red 2,” “Getaway,” “JOBS” and “The Canyons.” For more releases this week, see the Weekly Guide to Home Video Releases.

We travel to France and Japan — and back in time — for this week’s best bets. First off there’s “Le joli mai (The Lovely Month of May)” (1963), directed by Chris Marker & Pierre Lhomme. One of Chris Marker’s major works, “Le joli mai” had its U.S. premiere at the very first New York Film Festival in 1963, then quickly disappeared from our screens. But the film, now fully restored, reemerged at this year’s Cannes Film Festival, Telluride Film Festival, and 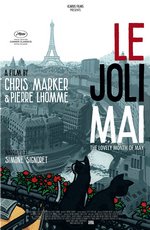 Toronto Film Festival. A portrait of Paris and Parisians shot during May 1962 — after the end of the French war in Algeria and ­”the first springtime of peace” for France since before World War II­ — the cinema verite “Le joli mai” is a film with several thousand actors including a poet, a student, an owl, a housewife, a stock broker, a competitive dancer, two lovers, General de Gaulle and several cats. It features a musical score by Academy Award-winning composer Michel Legrand, with narration by Simone Signoret (English) and Yves Montand (French). From Icarus Films … The colossally popular Zatoichi films make up the longest-running action series in Japanese history and created one of the screen’s great heroes: an itinerant blind masseur who also happens to be a lightning-fast swordsman. As this iconic figure, the charismatic and earthy Shintaro Katsu became an instant superstar, lending a larger-than-life presence to the thrilling adventures of a man who lives staunchly by a code of honor and delivers justice in every town and village he enters. The films that feature him are variously pulse-pounding, hilarious, stirring, and completely off-the-wall. The “Zatoichi: The Blind Swordsman” deluxe set features the string of 25 Zatoichi films made between 1962 and 1973, collected in one package for the first time. In new digital restorations, with uncompressed monaural soundtracks on the Blu-rays, from The Criterion Collection.

Also due this week: “Breaking Bad: The Complete Series BLU-RAY” (2008-13), a collector’s edition of the entire series with more than two-hours of never-before-seen footage in a new series documentary (“No Half Measures: Creating the Final Season of Breaking Bad”) exclusively in the box set, which comes packaged in a collectible replica barrel representing part of Walter White’s dark legacy. The documentary chronicles the making of the final season, from filming the first table read to 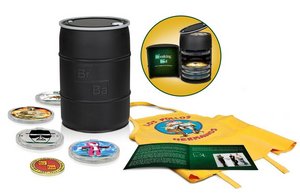 the very last day on set and everything in between, including Bryan Cranston inviting the camera in to his Albuquerque living room for the first reading of the final script with Aaron Paul. The box set also contains all bonus features from previously released seasons (more than 50 hours, including retail exclusives formerly only available in select stores), a Los Pollos Hermanos apron and a collectible booklet with a letter from Gilligan, as well as a commemorative “Breaking Bad” challenge coin designed and created by Gilligan exclusively for this set as a token of appreciation to fans for making the “Breaking Bad” journey. $299.99 from Sony. 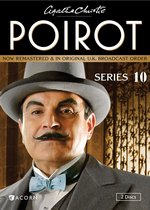 (2013), containing the last eight episodes of the immensely popular series. On three-disc DVD, $55.99; two-disc Blu-ray, $65.99. From Sony … “Impractical Jokers: The Complete First Season” (2011-12) is a two-disc set with 17 episodes of the truTV show that centers around four longtime friends who dare each other to do outrageous things in public on hidden camera, capturing the startled reactions from innocent bystanders. $19.98 from Warner … “Murdoch Mysteries, Season 6” consists of 13 episodes of the hit detective series set in Victorian-era Toronto that follows Yannick Bisson as the brilliant Detective William Murdoch, a pioneer of crime-solving technologies. In four-disc DVD and three-disc Blu-ray sets, $59.99 each. From Acorn Media … “Old Dogs & New Tricks: Complete Seasons 1 & 2” (2011-13) contains all 15 episodes of the TV series that follows the friendship and tribulations of four diverse and otherwise successful gay West Hollywood men — each one located squarely within middle age. From Wolfe Video. 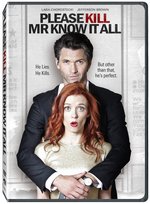 handsome stranger she spots in a movie theater, Albert, who just so happens to be a contract killer. Once the picture is published, Albert can’t walk down the street without being recognized, and so, for the sake of his livelihood, he decides he must kill Mr. Know It All. But after meeting her, Albert doesn’t know whether to kiss her or kill her. Buy when the girlfriend of Albert’s mob boss decides to pack up and leave after reading an inspiring newspaper column, Albert finds himself contracted to kill the author — Mr. Know It All — and he’s torn between love and responsibility. Stars Lara Jean Chorostecki, Jefferson Brown and Al Sapienza. From Monarch Home Entertainment … In “Battle Ground (aka Forbidden Ground)” (2013), starring Johan Ear, Tim Pocock, Martin Copping, Denai Gracie and Sarah Anne Mawbey, three British soldiers find themselves stranded in No Man’s Land after a failed charge on the German Trenches in France during WWI. From Lionsgate … Serial killer Max Jenke, who butchered 116 people with his meat cleaver, is sent to the electric chair but the burst of electricity turns him into a supernatural force, and he vows revenge on the cop who captured him in “The Horror Show” (1989), starring Lance Henriksen, Brion James and Rita Taggart. From Shout! Factory.

“Romeo and Juliet” has been translated around the world and transferred to many locales; “Romeo and Juliet in Yiddish” (2010) sets William Shakespeare’s tragedy in contemporary New York, spoken in today’s Yiddish by mostly young, ex-Orthodox actors. Ava, a wisecracking middle-aged E.R. nurse, undertakes a Yiddish translation of Shakespeare’s “Romeo and Juliet” in her pursuit of a Master’s degree. In over her head, she accepts help from some charismatic and wayward young Ultra Orthodox dropouts, Lazer and Mendy. When an ex-Orthodox leaver enchants Ava’s apartment with Kabbalah magic, the young men begin to live Shakespeare’s play in their 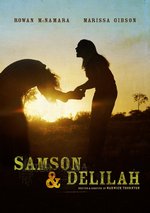 heads — with Juliet as a beautiful Lubavitch girl — in a gauzy and beautiful alternate reality where everyone is Orthodox. The Bard never dreamed of the Montagues as Satmar and the Capulets as Lubavitch. Stars Lazer Weiss, Melissa Weisz, Mendy Zafir, Bubbles Yoeli Weiss, Josef Yossi Friedman, Eve Annenberg. From Cinedigm. More info: www.nancyfishmanfilmreleasing.com. … Best described as a “survival love story,” “Samson & Delilah” (2013), Australia’s official Oscar submission from 2009 and winner of the Camera d’Or at Cannes for “Best First Film,” follows cheeky, aimless Samson (Rowan McNamara) and Delilah (Marissa Gibson), two indigenous 14 year-olds living in a isolated Aboriginal community in the desert of Central Australia. Amongst a tiny collection of houses, day in and day out, nothing changes and no one seems to care. However, when tragedy strikes, the duo are branded as outcasts and they turn their backs on home and embark for distant Alice Springs on a grueling road trip that turns into a journey of self-discovery. From IndiePix.

To create the documentary “JFK Assassination: The Definitive Guide” (2013), the History Channel conducted the largest nationwide survey on the death of John F. Kennedy to learn what the American people believe really happened. The results of this extensive survey will allow viewers to take a deeper look at the murder of JFK along with the surrounding events that took place that day. Through this unique special, viewers will have the opportunity to examine the assassination that forever changed this country. $14.98 from Lionsgate … 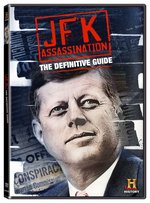 “How Sherlock Changed the World” (2013) is a documentary that looks at the astonishing impact that Sherlock Holmes has had on the development of real criminal investigation and forensic techniques. Using archival material and reconstruction to tell the true stories of the scientists, detectives and even criminals who were inspired or influenced by the legend of Holmes, the program explores real crimes that were solved thanks to a piece of equipment Holmes used, a technique he popularized or invented, or even his method of reasoning. $24.99 from PBS Distribution … “Photo: A History From Behind the Lens” (2012) is a 12-part series that examines the past, present, and future of photography using clever animations. Episodes include Surrealist Photography; The Primitives of Photography, 1850–1860; The New German Objectivity; Staged Photography; Press Usage; Pictorialism; New Vision: Experimental Photography of the 1920s; Photographing Intimacy; The Inventors; Found Images; Conceptual Photography; After the Photo. Two-disc DVD with a 12-page booklet that includes a history of cameras, a timeline of breakthroughs in photography, articles on photographic portraits and image manipulation, and a glossary of photography terms. $49.99 from Athena.