“Enough Said,” “Lee Daniels’ The Butler,” “The Spectacular Now” “You’re Next,” “20 Feet From Stardom,” “Fruitvale Station,” “Riddick” and “Carrie.” For more information on these and other releases this week, see the Weekly Guide to Home Video Releases. 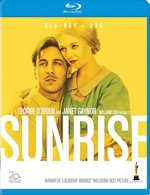 Murnau’s story of betrayal and redemption earned Oscars at the first Academy Awards ceremony in 1929 for the most “Unique and Artistic Picture,” Best Actress (Janet Gaynor) and Best Cinematography. The love and loyalty of a farmer and his wife are put to the ultimate test in this classic silent film. “Sunrise” used the groundbreaking Fox Movietone sound system, making it one of the first studio films with a true soundtrack, featuring music and sound effects. Extras include the original Fox Movietone version and European silent version, commentary by ASC Cinematographer John Bailey, outtakes with commentary by John Bailey, original theatrical trailer, original scenario by Carl Mayer with annotations by F.W. Murnau, Original “Sunrise” screenplay and restoration notes. Available as a Blu-ray/DVD combo from Fox.

From The Criterion Collection comes “Rififi” (1955). After making such American noir classics as “Brute Force” and “The Naked City,” the blacklisted director Jules Dassin went to Paris and embarked on his masterpiece: a twisting, turning tale of four ex-cons who hatch one last glorious robbery in the City of Light. Rififi is the ultimate heist movie, a melange of suspense, brutality, and dark humor that was an international hit, earned Dassin the best director prize at the Cannes Film Festival, and has proven wildly influential on decades of 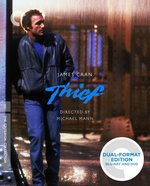 heist thrillers in its wake. In particular, the half-hour long, silent robbery scene is breathtaking in its austerity and impact. In a new 2K digital restoration, with uncompressed monaural soundtrack on the Blu-ray … Also from Criterion is “Thief” (1981). American auteur Michael Mann burst out of the gate with his bold artistic sensibility fully formed with “Thief,” his first theatrical feature. James Caan stars, in one of his most riveting performances, as a no-nonsense ex-con safecracker planning to leave the criminal world behind after one final diamond heist, but discovering that escape is not as simple as he hoped. Finding hypnotic beauty in neon and rain-slick streets, sparks and steel, “Thief” effortlessly established the moody stylishness and tactile approach to action that would define such later iconic entertainments from Mann as “Miami Vice,” “Manhunter” and “Heat.” New digital restoration from a 4K film transfer, approved by director Michael Mann, with 5.1 surround DTS-HD Master Audio soundtrack on the Blu-ray.

In an attempt to heal from the deterioration caused by the pressures of sudden fame and too much alcohol, famous Beat author Jack Kerouac escapes to an isolated, mist-shrouded cabin in the primitive landscape of the Big Sur woods. Instead of finding the peace he desires, he is foiled once again by his own inner demons and sets off on a visceral collision course of paranoia, sex, delirium tremens, misery and madness in “Big Sur” (2013), starring Jean-Marc Barr, Kate Bosworth, Josh Lucas, Stana Katic, Anthony Edwards and Radha Mitchell. From Arc Entertainment … Firefighter lieutenant Dan Farrell (William Baldwin), a widower and single dad, has no interest in a romantic relationship but when his team responds to a fire at a local florist shop, he can’t help but notice the beautiful owner, Kate, and a budding relationship begins — until Kate’s ex-boyfriend returns to town with a marriage proposal in 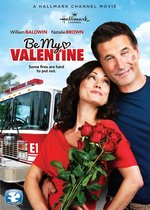 “Be My Valentine” (2013), starring William Baldwin, Natalie Brown, Christian Martyn and James Thomas. From Cinedigm … “Blue Caprice” (2013), starring Isaiah Washington, Tequan Richmond, Tim Blake Nelson and Joey Lauren Adams, dramatizes the notorious and horrific Beltway (Washington, D.C.) sniper attacks of 2002 from the point of view of the two perpetrators, whose distorted father-son relationship facilitated their long and bloody journey across America. From IFC Films … When John Moon (Sam Rockwell) accidentally shoots a young woman and discovers a bag full of cash, the isolated hunter becomes the hunted in “A Single Shot” (2013). His struggle to conceal both the death and the money triggers a cascade of events and encounters that ultimately escalates into a battle for survival. Co-stars William H. Macy, Ted Levine, Kelly Reilly, Jason Isaacs, Joe Anderson and Jeffrey Wright. On DVD and Blu-ray from Well Go USA … The comedy “A.C.O.D.” (2013) follows a seemingly well-adjusted Adult Child of Divorce (Adam Scott) who is forced to revisit the chaos of his parents (Catherine O’Hara and Richard Jenkins) bitter divorce all over again after his younger brother (Clark Duke) decides to get married. Co-stars Amy Poehler, Jane Lynch, Jessica Alba and Clark Duke. From Paramount … In “Plus One” (2013), starring Ashley Hinshaw, Rhys Wakefield and Logan Miller, three college friends hit the biggest party of the year but what starts out as a fun evening quickly descends into a bloody chaos that challenges their friendships when an unexplained paranormal phenomenon disrupts the proceedings: perfect replicas of all the partying kids suddenly appear. What’s even weirder, they’re doing everything their originals did 15 minutes earlier. From IFC Films … When a dysfunctional gang’s prison breakout goes violently wrong in 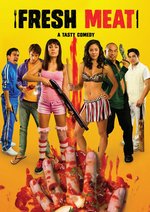 “Fresh Meat” (2012), they need a hideout in a hurry. Picking the McMansion of a middle-class family in the suburbs seems like a safe bet, until it becomes clear that this particular family has reintroduced some very old-fashioned cuisine to their table. Will the gang escape the trap, or is there gangster in the casserole tonight? Stars Temuera Morrison, Nicola Kawana, Hanna Tevita and Kate Elliott. From Cinedigm … In “Richard the Lionheart” (2013), starring Chandler Maness, Burton Anthony Perez, Stewart Arnold, Christopher Jones and Malcolm McDowell, the aging King Henry II has chosen his son Richard to lead England in the coming war against France. To test Richard’s loyalty, honor and skill, Henry sends him to a hellish prison in which the captives must fight a never-ending stream of enemies in order to survive. From Lionsgate … A cynical man journeys to a Haitian insane asylum in search of his missing brother to discover that all the inmates and the hospital administrator are seemingly possessed by a bloodthirsty voodoo spirit in “Voodoo Possession” (2014), starring Ryan Caltagirone and Danny Trejo. From Image Entertainment … 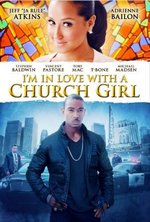 “I’m in Love With a Church Girl” (2013), starring Ja Rule, Adrienne Bailon, Michael Madsen, Stephen Baldwin and Vincent Pastore, is an inspirational thriller about an ex-high-level drug trafficker, Miles Montego, who has tried to move on but is still rolling with his old friends. When Miles meets Vanessa, a woman who is different than every other woman he’s met, he’s drawn to her beauty and her spirituality. As their connection grows deeper, both are tested to their last ounce of faith in God and in each other. On DVD and Blu-ray from Cinedigm … A high school senior moves with her family from buttoned-up Washington D.C. to decidedly relaxed Los Angeles, where she’s taken under the wing by the school’s “mean girls,” pursued by a stoner and a star football player, and learns about the wild side of high school life in “Getting That Girl” (2011), starring Gia Mantegna, Escher Holloway, Daniel Booko, Inbar Lavi and Will Rothhaar. From Level 33 Entertainment.

“Short Term 12” (2013) stars Brie Larson, John Gallagher Jr., Kaitlyn Dever, Stephanie Beatriz, Rami Malek and Alex Calloway in a surprisingly earnest small film. Grace is a twenty-something supervisor at a group home for troubled and at-risk teens who is passionate, tough, and in love with her long-term boyfriend and co-worker, Mason. But Grace’s difficult past, her fierce independence — and the arrival of a distraught new girl at the facility — create 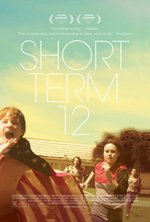 complications that push Grace and Mason to the brink. Grace and Mason come to embrace a surprising future together, discovering truth, humor, and family in unexpected places along the way. On DVD and Blu-ray from Cinedigm … A steamy July 4th night brings four people together in two tales of seduction and conflicted desire in “Four” (2012). Joe is a black, middle-aged, married man out on date with June, a young white man he met on the Internet. Abigayle is Joe’s precocious daughter, out herself with a hot, wisecracking Latino basketball player named Dexter. As the two couples get to know each other intimately, their realities are tested and the outcome is bracing. Stars Wendell Pierce, Emory Cohen, Aja Naomi King and E.J. Bonilla. From Wolfe Video … “In Montauk” (2012), starring Nina Kaczorowski, Lukas Hassel and George Katt, is a drama-romance about a photographer with a successful husband, a baby on the way and a close circle of family and friends who retreats to the wintry Long Island seascape to prepare for a show but actually embarks on a journey of self-discovery. When a prickly but brilliant composer-musician knocks on her door with an odd request, a series of events are put into motion that force her to make choices she couldn’t have fathomed. From Siren’s Tale Productions.

“SpongeBob and Friends: Patrick SquarePants” (2013) contains 14 episodes featuring best buddies SpongeBob and Patrick in school, at work and at play. $14.99 from Paramount … “Power Rangers Megaforce: The Mysterious Robo Knight” (2014) features four robo-charged episodes as Troy, Noah, Emma, Gia and Jake “power up” to defend Earth from evil insectoid monsters. The Rangers must use friendship, teamwork and their Megazords to overcome evil villains Beezara, Dizchord, Bluefur, Bigs, Hisser and Creepox. From Lionsgate … “Wolverine vs. Sabretooth” (2014) is a motion-animation DVD comic book that documents the biggest, best and quite possibly last battle between Wolverine and Sabretooth. $14.97 from Shout! Factory.