“Anchorman 2: The Legend Continues” and “47 Ronin.” For more information on these and other releases this week, see the Weekly Guide to Home Video Releases. 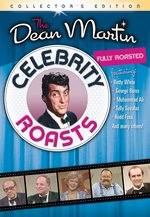 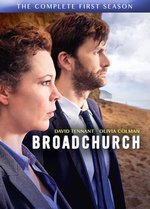 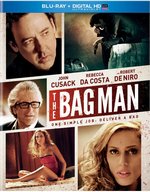 it, and don’t ask questions. But over the course of a long and increasingly violent night waiting in a seedy motel, the bag attracts the attention of a slew of shady characters — including femme fatale Rivka (Da Costa), the sleazy motel manager, a one-eyed gangster, an undersized hit man and a crooked cop. The result — a lot of bloodshed and inane conversation, false endings and improbable circumstances. On DVD, Blu-ray Disc, from Universal … In “Knights of Badassdom” (2013), three best friends and dedicated LARPers (Live Action Role Players) take to the woods to reenact a dungeons and dragons-like scenario fresh out of the Middle Ages, but trouble arises after they unwittingly conjure up some serious evil in the form of a blood-lusting Succubus from the pits of hell. For geeks only. Stars Peter Dinklage, Summer Glau, Steve Zahn, Jimmi Simpson, Tom Hopper, Margarita Levieva, Ryan Kwanten. On DVD, Blu-ray Disc from Entertainment One … Two parents fall in love over the course of a single day while playing hooky from their children’s college tour in “At Middleton” (2013), starring Andy Garcia, 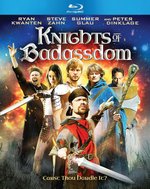 Vera Farmiga, Taissa Farmiga, Spencer Lofranco, Peter Riegert and Tom Skerritt. On DVD, Blu-ray Disc from Anchor Bay … Two strangers, a warrior held captive and a man whose family was murdered, set out on their individual quest for revenge. As they cross paths, they soon discover that their revenge lies with the same man and, joining forces, it will take more than an army to keep them from unleashing the ultimate retribution in “Warrior Assassin” (2011 — China), starring Pan Yuanjia, Ji Chunhua and Bryan Leung. From Lionsgate … On an unsanctioned mission in Africa, a covert team of U.S. Navy SEALs is sent to locate a secret mining operation and prevent the sale of weapons-grade uranium to international terrorists in “Seal Team 8: Behind Enemy Lines” (2014), the fourth installment of the popular film franchise. Stars Tom Sizemore, Langley Kirkwood, Tanya van Graan and Lex Shrapnel. On DVD, Blu-ray Disc from Fox.

A family in the 1980s with five kids gets into a crisis during their summer vacation when the twin brothers fall in love with the same girl in “Lost Islands” (2008 — Israel), starring Oshri Cohen, Michael Moshonov, Shmil Ben Ari and Orly Silbersa. The autobiographical comedy-drama was the biggest box office success in Israel in 2008. From First Run Features.

Walt Disney’s Peter Pan franchise has become quite a little moneymaker for the studio in recent years. In addition to the animated TV series spin-off, “Jake and the Never Land Pirates,” which has spawned a half-dozen DVD releases, the company has sent out Tinker Bell on her own for a series of delicately animated features including “Tinker Bell” (2008), “Tinker Bell and the Lost Treasure” (2009), “Tinker Bell and the Great Fairy Rescue” (2010) and “Secret of the Wings” (2012). Now Disney has released “The Pirate Fairy” (2014), a swashbuckling musical adventure (with fine animation, plenty of innocuous action, and “cool sisterhood forever” themes) that parents can watch with their kids and not be too terribly bored (after the 12th viewing). Zarina (voice of Christina Hendricks), a smart and ambitious dust-keeper fairy 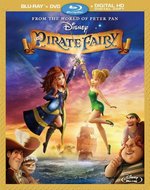 who’s captivated by Blue Pixie Dust and its endless possibilities, gets into trouble, flees Pixie Hollow, joins forces with the scheming pirates of Skull Rock, and must be saved by Tinker Bell (voice of Mae Whitman) and her friends. On DVD and Blu-ray/DVD Combo from Disney … Another old franchise gets some new life in “The Little Rascals Save the Day” (2014), starring Doris Roberts, Greg Germann, Lex Medlin, Valerie Azlynn, Jet Jurgensmeyer, Drew Justice, Connor Berry, Jenna Ortega, Isaiah “Zay Zay” Fredericks, Camden Gray, Eden Wood, Grant Palmer, Chase Vacnin and Rio Mangini. A bunch of third graders hatch a series of madcap schemes to earn enough money to keep Grandma’s bakery out of the clutches of conniving businessman Big Ray. From caddying to pet care to taxi service, each of their plans goes hilariously awry until they are left with just two options: find a way to win the local talent show or wave goodbye to the best cupcakes a kid ever tasted. On Blu-ray/DVD Combo from Universal … Let’s merchandise: “Hot Wheels Battle Force 5: Fused Season 2, Volumes 1 and 2” (2009) consists of the complete second season of the CGI-animated series that follows a group of heroic drivers who use their incredible, high-flying cars to fight evil forces that threaten the planet. Five episodes 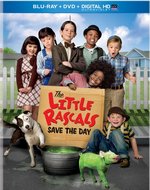 each, $14.95 each DVD, from Cinedigm … “Birds of Paradise” (2014), with the voices of Drake Bell, Ashley Tisdale, Ken Jeong, Jane Lynch, Jon Lovitz and Keith David, is a colorful adventure about Jack, an ordinary sparrow with dreams of becoming an extraordinary bird, who’s accidentally covered in colorful paint; he’s thrilled about his new exotic appearance and believes that he’ll now be able to impress Aurora, a beautiful canary who has recently escaped from her indoor cage. But when Aurora’s mean owner, Mr. Potter, finds her, Jack must enlist the help of his best friends — Vinnie, the loyal pigeon and Skeeter, the hyper hummingbird as well as Rosie, the caring bat and the wise Old Buzzard, in order to free her. On DVD from Lionsgate … “War of the Worlds Goliath” (2012) is an animated sci-adventure that takes place on the cusp of WWI 15 years after the Martians attacked the world (as portrayed in H.G. Wells’ book) when, armed with a new weapon based on technology gleaned from the Martians, a multinational force uses steam-powered Goliath Tripods to fend off a second interplanetary invasion. Voices Adrian Paul, Adam Baldwin, Peter Wingfield, Mark Sheppard, Elizabeth Gracen, Jim Byrnes, Beau Billingslea, Matt Lescher, James Arnold Taylor. On DVD, 3D Blu-ray/Blu-ray Combo from Anderson Digital.

“When Jews Were Funny” (2013) is an insightful survey of the history of Jewish comedy, from the early days of the Borsht belt to the present, ultimately exploring not just ethnicity in the entertainment industry, but also the entire unruly question of what it means to be Jewish. Features Shecky Green, Howie Mandel, Shelley Berman, Gilbert Gottfried, David Steinberg, David Brenner, Marc Maron and many others. On DVD, Blu-ray Disc, Blu-ray/DVD Combo from First Run Features … “American Experience: Butch Cassidy and the Sundance Kid” (2014) tells 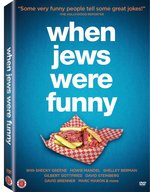 the true story of two of the Wild West’s most notorious outlaws. Long before they were immortalized on screen by Paul Newman and Robert Redford, Butch Cassidy and the Sundance Kid captivated Americans from coast to coast. In the 1890s, their thrilling exploits — robbing Western banks and trains and then seemingly vanishing into thin air — became front-page news and the basis of rumor and myth. But who were Robert Leroy Parker and Harry Alonzo Longabaugh? What really happened after they formed the Wild Bunch gang? And how did they manage to pull off some of the most spectacular holdups in Western history while eluding the Pinkertons, the nation’s largest and most feared private detective force? On DVD from PBS Distribution … “An Unreal Dream: The Michael Morton Story” (2013): In 1986 Michael Morton’s wife Christine was brutally murdered in front of their only child, and Michael was convicted of the crime. Locked away in Texas prisons for a quarter century, estranged from his son, he had years to ponder questions of justice and innocence, truth and fate. Though he is virtually invisible to society, the Innocence Project and Michael’s pro bono attorney spent years fighting for the right to test DNA evidence found at the murder scene. Their discoveries ultimately revealed that the price of a wrongful conviction goes well beyond one man’s loss of freedom. On DVD from First Run Features.