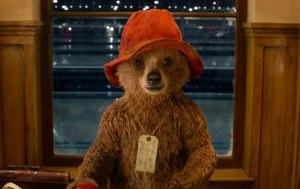 Paddington Bear was first introduced to children in Michael Bond’s 1958 book, “A Bear Called Paddington” and the subsequent Paddington Bear series has sold over 35 million copies and been translated into 40 languages. For the first time, author Bond has given his blessing for his beloved characters to be brought to the big screen, charming both critics and audience members alike. “Paddington” tells the story of the comic misadventures of a young Peruvian bear who travels to London in search of a home. Finding himself lost and alone, he begins to realize that city life is not all he had imagined until he meets the kindly Brown family, who take him home after reading the label around his neck. It looks as though his luck has changed until this rare talking bear catches the eye of Millicent, a museum taxidermist. Vitals: Director: Paul King. Stars: Hugh Bonneville, Sally Hawkins, Julie Walters, Jim Broadbent, Peter Capaldi, Nicole Kidman, Ben Whishaw. 2015, CC, MPAA rating: PG, 95 min., Family, Box office gross: $72.590 million, TWC-Dimension/Anchor Bay. Extras: “Meet the Characters,” “When a Bear Comes to Stay,” “From Page to Screen,” “Shine” lyric music video written by Gwen Stefani & Pharrell. Blu-ray adds “The Making of Shine With Gwen Stefani & Pharrell.”