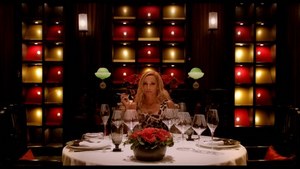 Director Nicolas Winding Refn’s much-anticipated follow-up to 2011’s “Drive” wasn’t what most people expected: Yes it was dark, as was “Drive,” but it was way more sleazier, dirtier and weirder. There’s no likeable characters here nor any redemption, but there’s definitely a tour-de-force performance by Kristin Scott Thomas. Julian (Ryan Gosling), an American fugitive from justice, runs a boxing club in Bangkok as a front for his drug business. His mother, the head of a vast criminal organization, arrives from the U.S. to collect the body of her favorite son, Billy, who has just been killed after having savagely murdered a young prostitute. Crazy with rage and thirsty for vengeance, she demands that Julian produce the heads of the murderers. But first Julian must confront Chang, a mysterious retired policeman — called the Angel of Vengeance — who has resolved to scourge the corrupt underworld of brothels and fight clubs and to take down Julian and his operation. It’s bleak, crude and rude and, unlike “Drive,” has no redeeming qualities. Vitals: Director: Nicolas Winding Refn. Stars: Ryan Gosling, Kristin Scott Thomas, Vithaya Pansringarm, Gordon Brown, Yayaying Rhatha, Tom Burke, Sahajak Boonthanakit. 2013, CC, MPAA rating: R, 90 min., Crime Thriller, Box office gross: $.775 million, Anchor Bay.